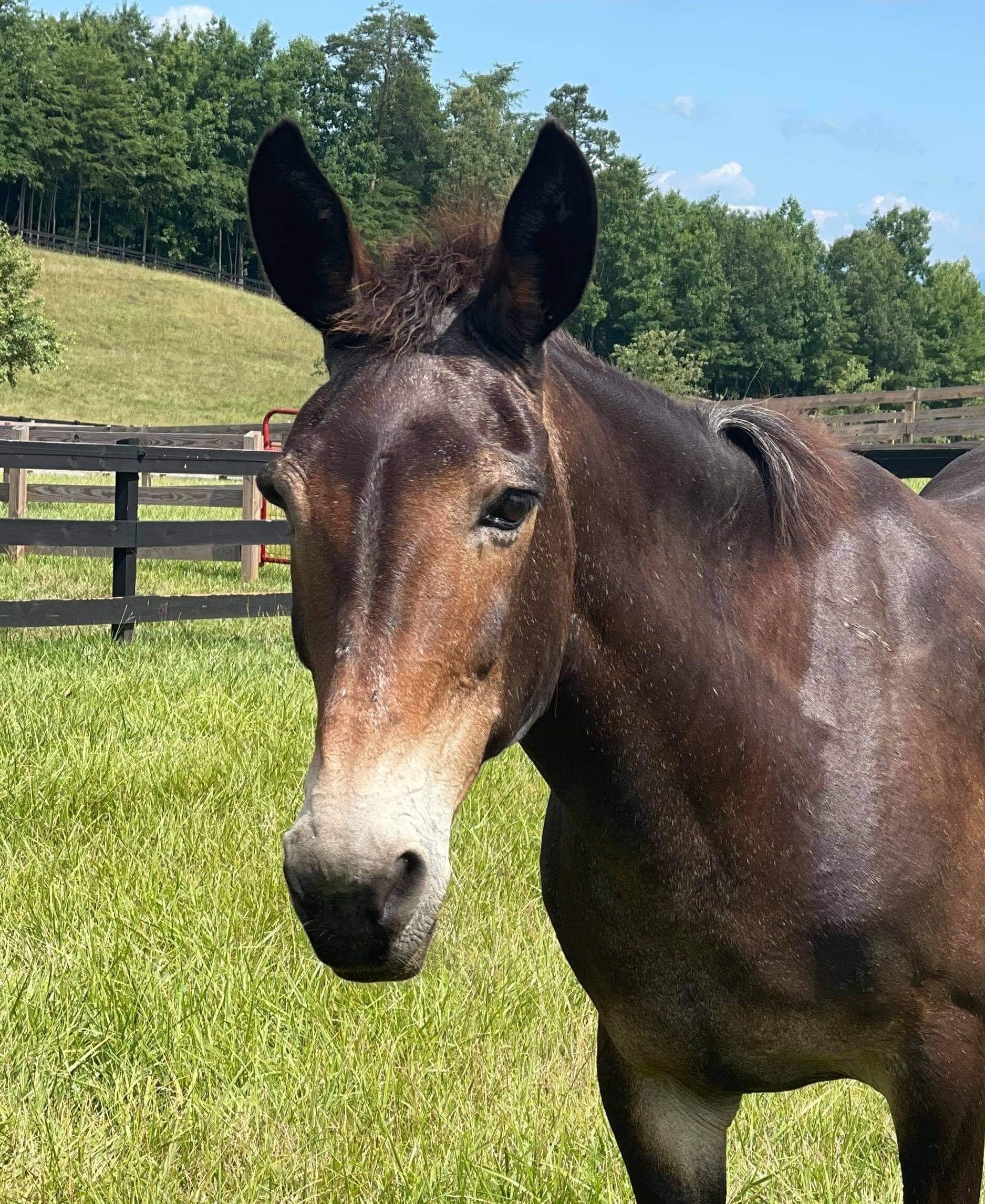 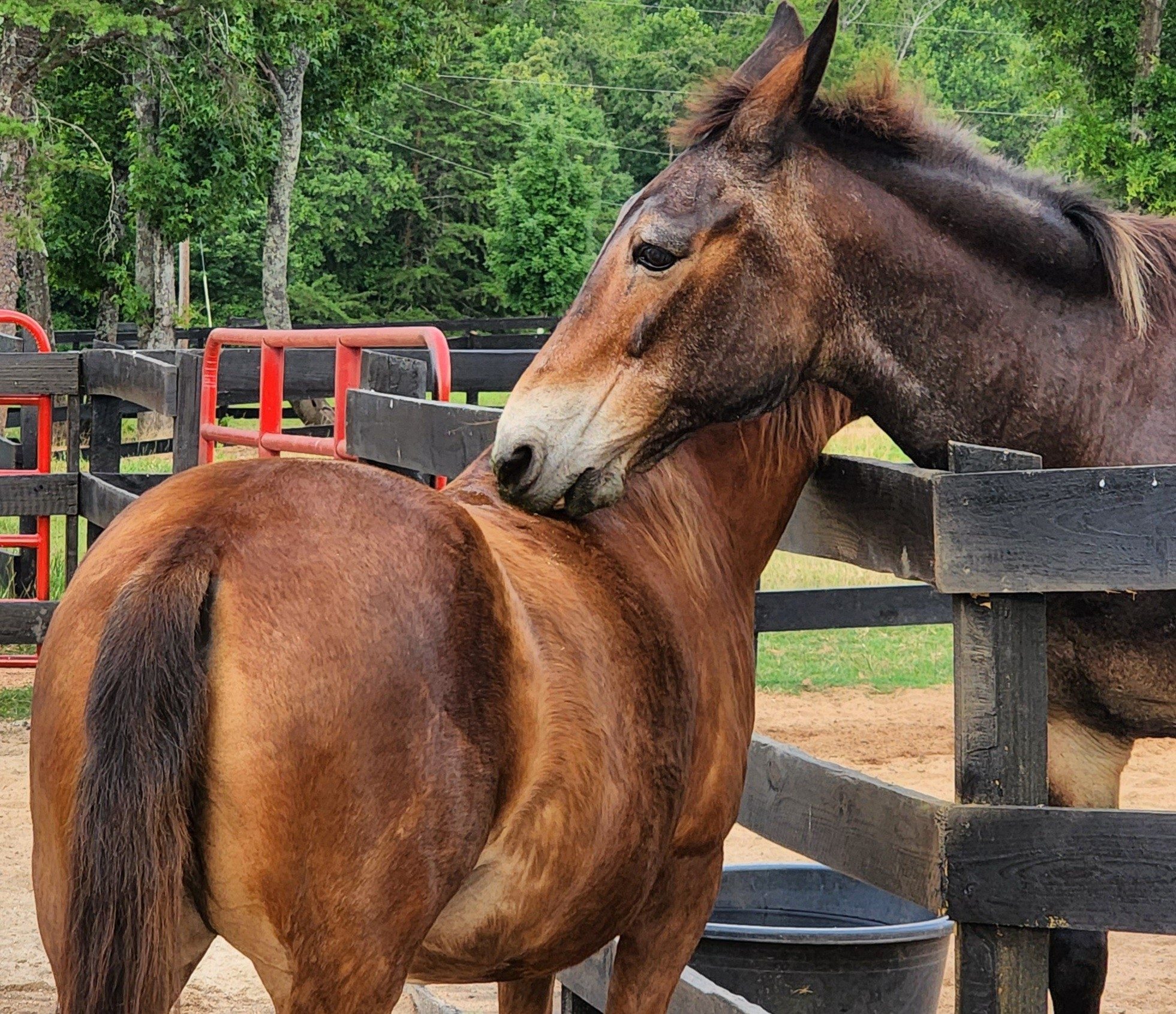 In 2016, Winslow was rescued by a well-meaning lady from Alabama when she saw that he was shipping to slaughter. He was one-eyed, half- (well, mostly-) starved, feet were a mess and he didn’t have much to recommend him. His new owner found herself unable to afford his care and turned to Red Bell Run. We made arrangements for him to go to Second Chance Equine Rescue, a rescue partner in Georgia, supporting him financially until we had an opening. The good folks at Second Chance Equine Rescue discovered that while Winslow liked being petted, he had no interest in walking on a lead line, standing for the farrier or doing anything at all resembling work. They worked with him diligently and when an opening came up at Red Bell Run, Winslow was ready to be a good citizen!

However – Winslow is a sensitive mule and within four hours of his arrival laid down with a bellyache (colic)! We rushed him tot he Tryon Equine Clinic where he was given IV fluids and pain medication, recovering overnight and ready to come back to his new home. We have learned that Winslow has opinions and can be quite dramatic in expressing them! For several months thereafter, every 30 days, Winslow would lie down and colic, so back to the clinic he would go. In examining Winslow, it was discovered that Winslow was on the far side of twenty years old, lacked most of his teeth and flatly refused any type of paste given by mouth. After several months of monthly clinic visits, Winslow began to settle into his new life at Red Bell Run.

It took a little time, but we found a group of equines that Winslow is comfortable with and he lives happily with his “girlfriends”, Cheyanne, a beautiful paint mare, and Cassie, a pretty little Paso Fino cross. Starvation has taken its toll on Winslow, and his heart is very compromised. We have had every diagnostic test possible performed, including wearing a Holter monitor to record his heart rate. Winslow suffers from three different heart abnormalities. Several drug therapies were attempted but in the end weren’t found to be effective. So, Winslow lives his best life under constant observation for any signs of heart failure or discomfort, grazing, eating his mush (no teeth), and flirting with his girls. We know his time is limited but as we do for every equine, we will make however many days he has left, good ones.

Winslow is why we do what we do. Living his best life! 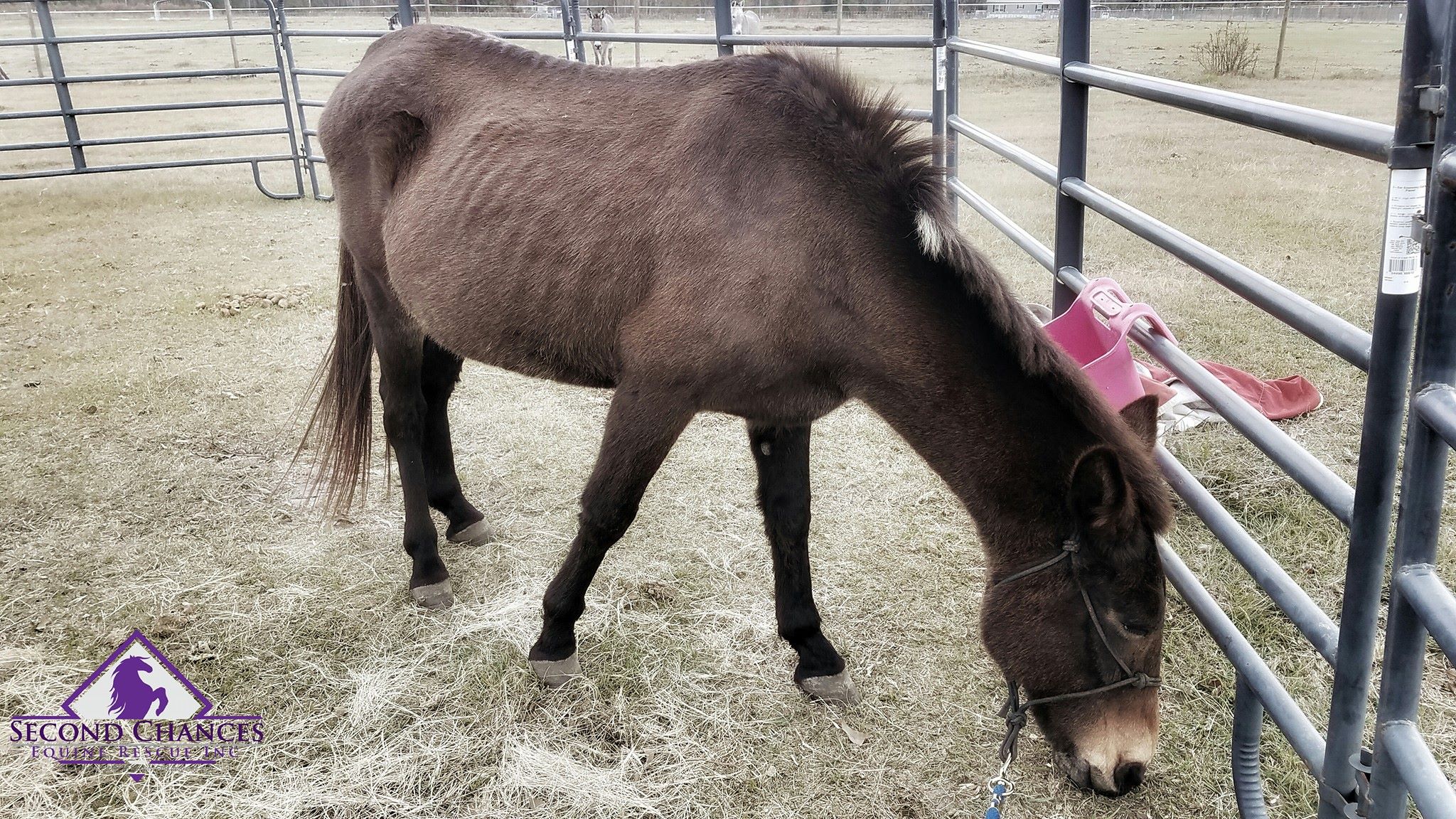