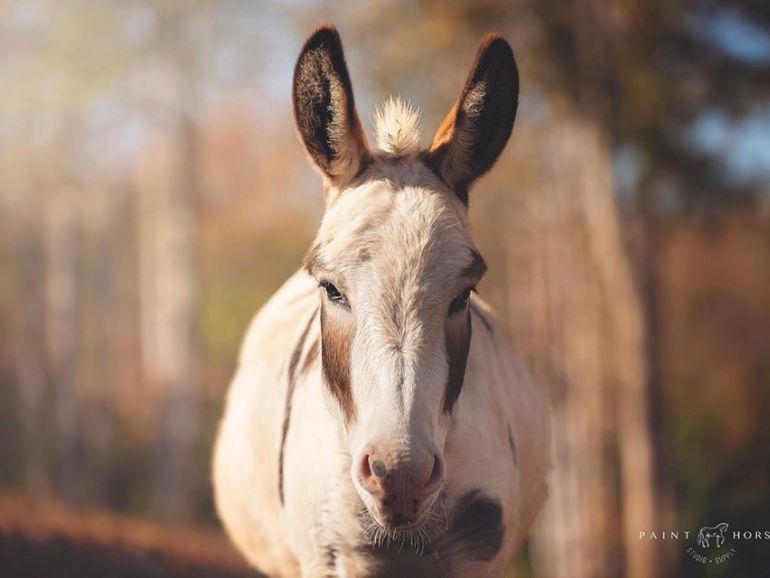 In June of 2017, Celine Myers of the Ark Watch Foundation was contacted by Tia Bonkowski of Turning Pointe Donkey Rescue regarding a spotted mini donkey at the Bowie, TX kill pen. Someone had seen a little donkey literally gasping for air and reached out to Tia. Tia, knowing time was of the essence if the little guy was to be saved, promptly phoned Celine. Supposedly, the little donkey was a 2 year old gelding. As is often the case, the people at the kill pen had lied. It turned out that the poor little guy was only about 3 months old, although we didn’t know that at the time. Celine named the small donkey “Tigger” after the character in the Winnie the Pooh novel. We suspect that Tigger had been taken from his mom at just a few weeks of age and sold as a “bottle baby” for someone to raise. Tigger would beat the odds as donkey bottle babies rarely survive.

Celine suspected that he had very advanced pneumonia and to make matters worse, the outside air temperature that day in Bowie, TX was 105 degrees with very high humidity. At that point it was uncertain if Tigger would even make it to the clinic. Celine knew that without immediate intervention, the little donkey was going to die a slow, painful death. Kara Tunnicliff Schardt of the Circle of Friends Rescue in Oklahoma paid the $130 fee to get him released, and Celine sprang into action, having him immediately hauled to the Reata Equine Clinic in Weatherford, TX. He made it but arrived wild and unhandleable and quite frightened of people. Who could blame him, given the rough start he’d had in life!? This wasn’t good – he was already very ill and additional stress might kill him.

Tigger was gasping for air and the vet could hear crackles and wheezes in his lungs. She knew that Tigger had advanced pneumonia and started him on a powerful cocktail of antibiotics hoping he would quickly respond to the treatment. As the days passed, Tigger had several challenges to overcome. Metronidazole suppressed his appetite and the vet staff had to figure out a way to get food into Tigger since he had to have the metronidazole. The hospital staff realized that Tigger would not eat his hay at the front of his stall but he would eat at the back of it. This was an extremely important observation since he needed to eat! This aversion to being near the stall door was likely due to the fact that Tigger wanted to be far from the point where people were entering his space when he put his head down. To an equine foal, humans are just enormous predatory cats who walk on their hind legs and are looking to kill for their next meal! Poor little Tigger had not been with his mom long enough for her to teach him the ways of the world, what was safe and what wasn’t.

Against the odds, and due to the intensive vet care he received, Tigger’s pneumonia resolved. He was able to be slowly dewormed and vaccinated. Just as Tigger was due to come to Red Bell Run, the vet discovered that Tigger’s testicles were dropping! That’s when we found out he was not two years old, but more likely two or three months old, when he was rescued. Eventually, Tigger was castrated, and once recovered he travelled to Red Bell Run with Amanda and Phinneas, two older donkeys that he was familiar with from the clinic. Initially, Tigger stuck close to Amanda and Phinneas, but quickly made several friends and now spends his days sparring with these playmates, enjoying the safety and security a herd provides. It was a very rough start for Tigger but thanks to the efforts of all involved, he is healthy and enjoying life at the Longears Lodge at Red Bell Run! 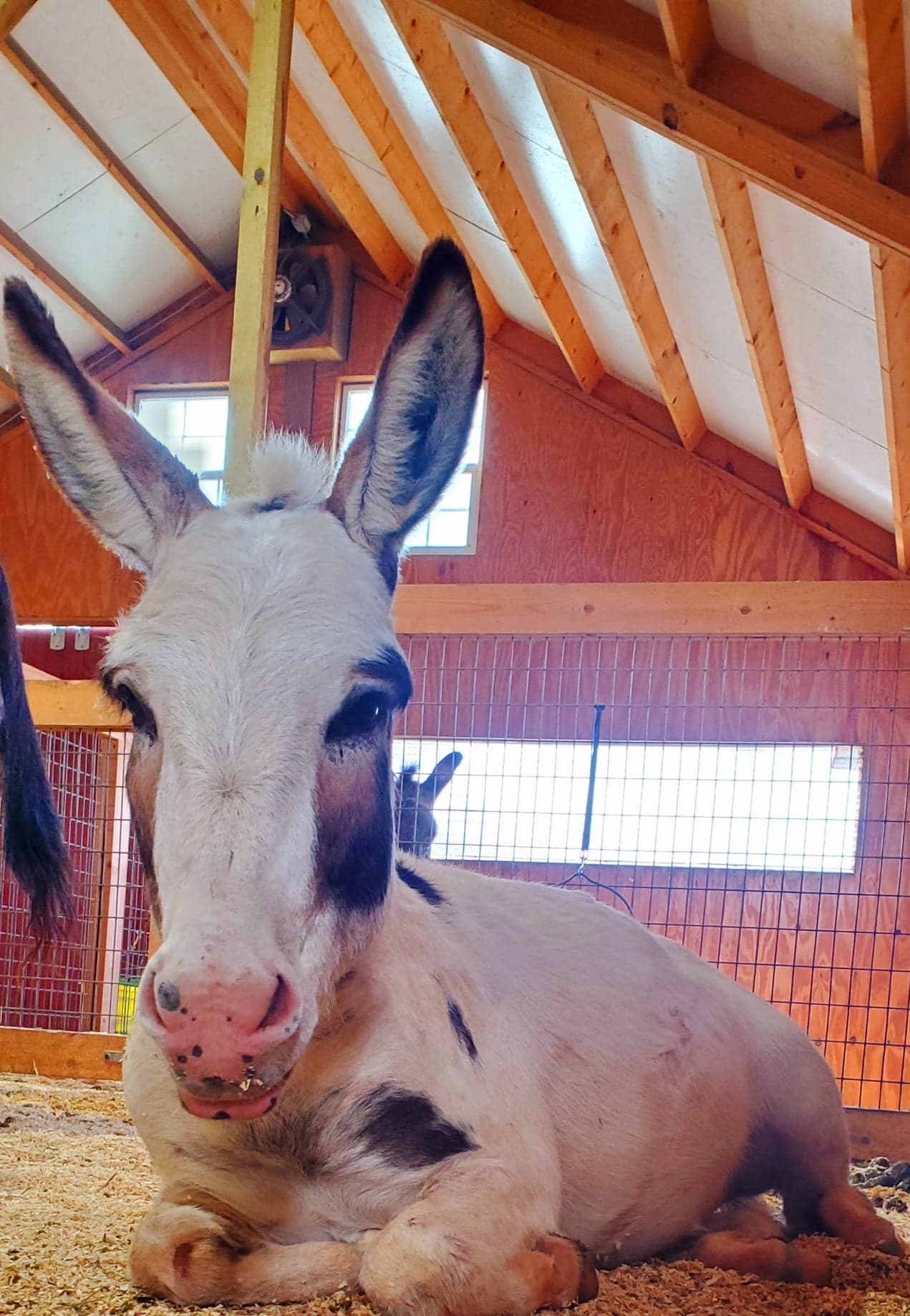 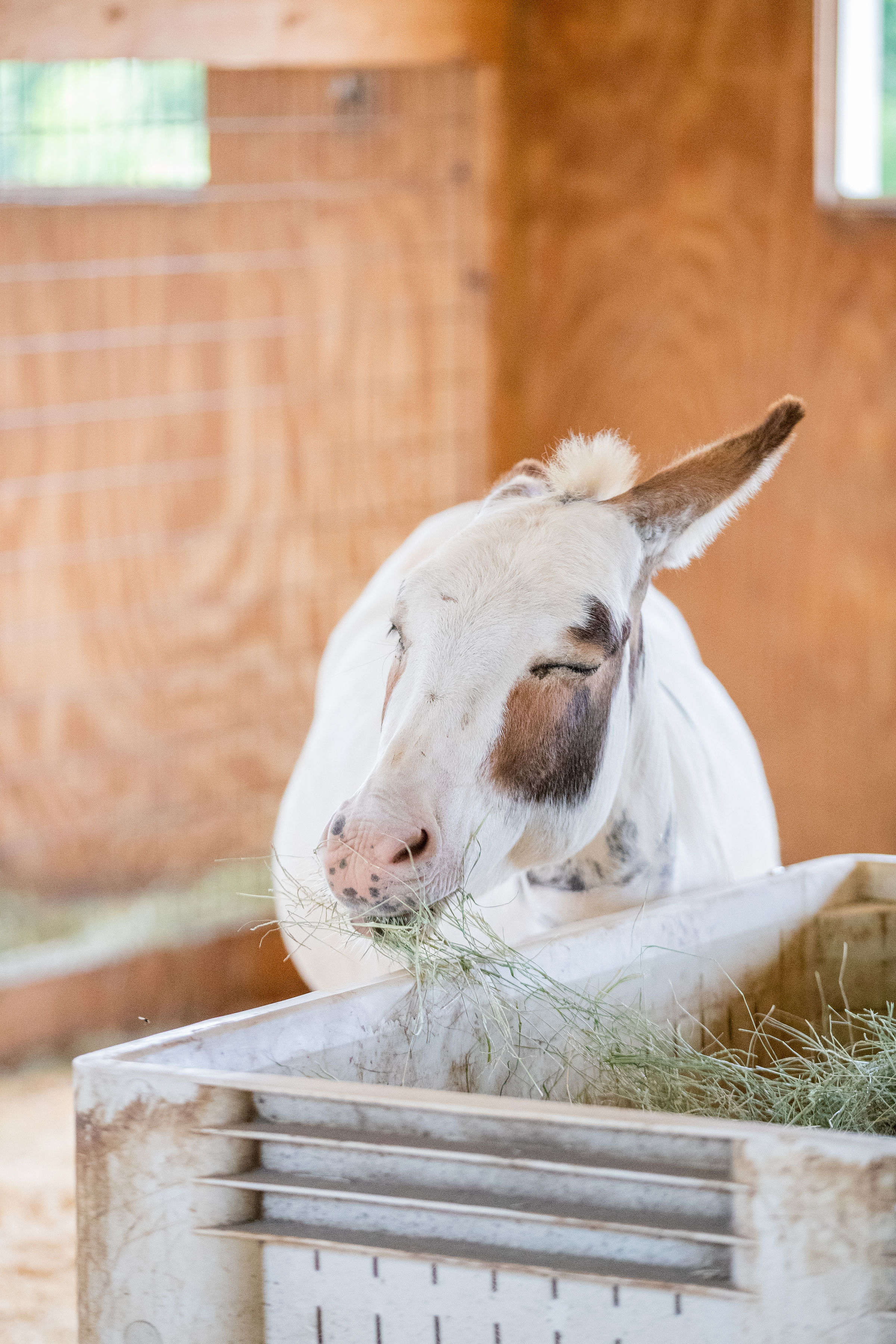 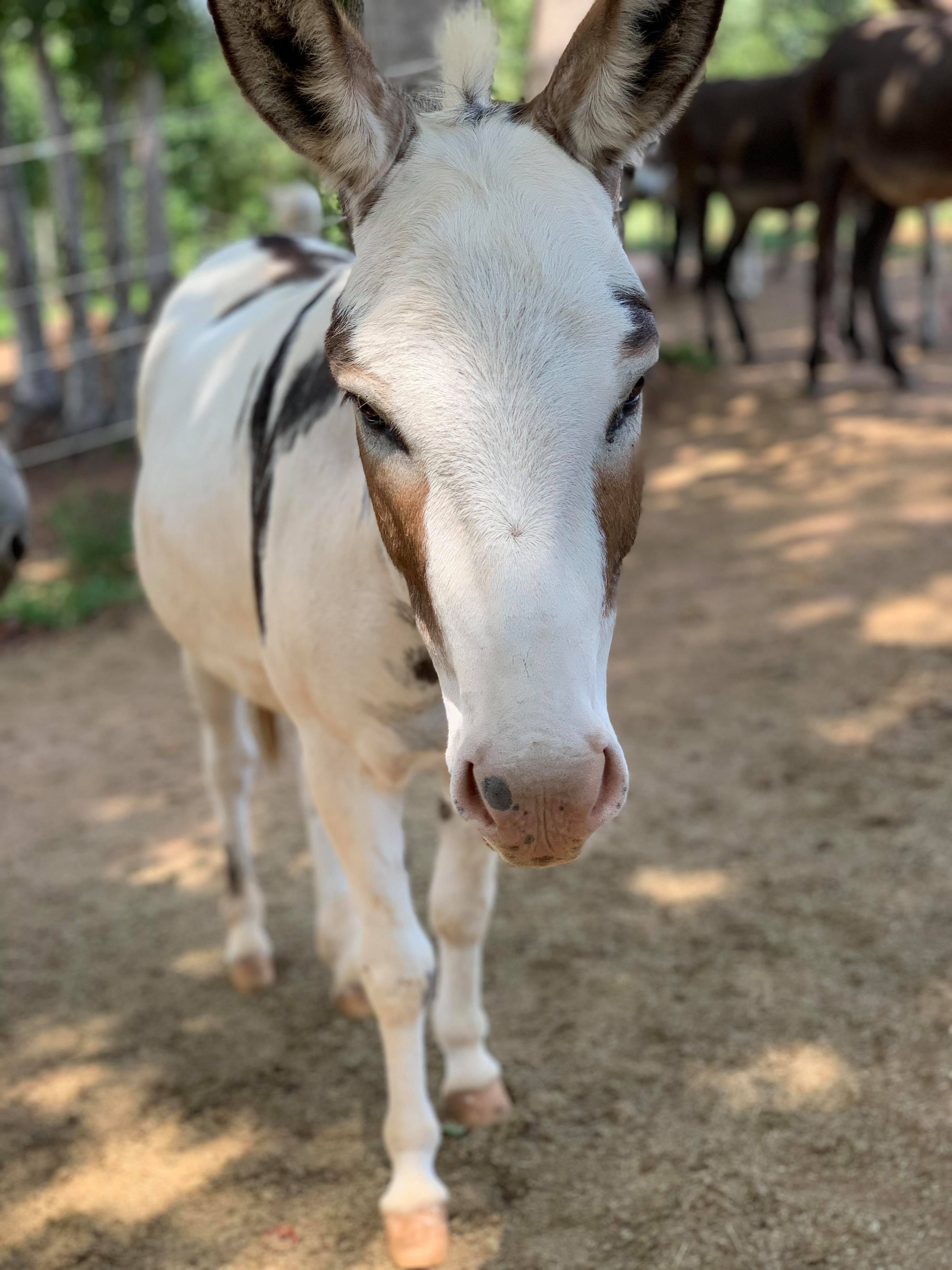