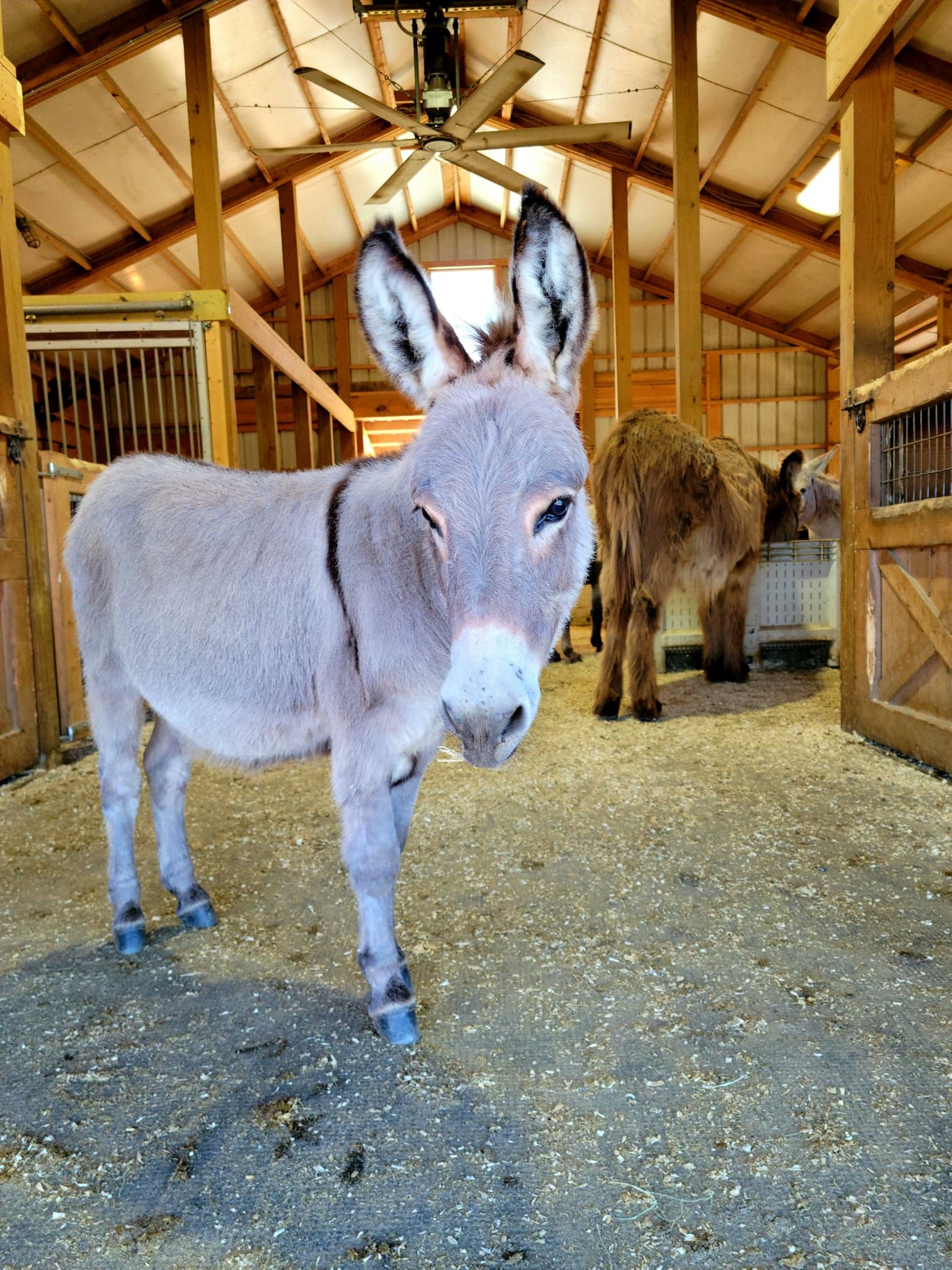 We received a call from fellow rescuer Tia Bonkowski of Turning Pointe Donkey Rescue. She had rescued a baby donkey named Rowdy who had been separated from his mom at an auction in North Carolina. He was very sick with pneumonia and had been taken to NC State Veterinary Hospital to be treated, but now he needed a place to go and was still sick to travel. How could we say no?

Rowdy travelled to Red Bell Run and we were all smitten! What an adorable wee fellow. Unfortunately, Rowdy still had the vestiges of pneumonia, was a little underweight and not acting quite as lively as a healthy baby donkey should. Our vet began treating him and soon he began gaining weight and acting like a happy little guy. There was just one problem – the pneumonia had permanently damaged his lungs.

Our vet didn’t recommend he live in the Michigan climate where Turning Pointe Donkey Rescue is located. We called Tia. Did she want permanent Sanctuary at Red Bell Run for Rowdy? Yes, she did! Rowdy now lives with the Big Donkey Herd at Longears Lodge, has his own private stall at night (because he tends to be a little bit of a troublemaker when unsupervised for long periods) and delights everyone with his antics. He and his buddies spend their days playing, chewing on sticks and the occasional rock, and generally raising all the ruckus that young donkeys like to do! 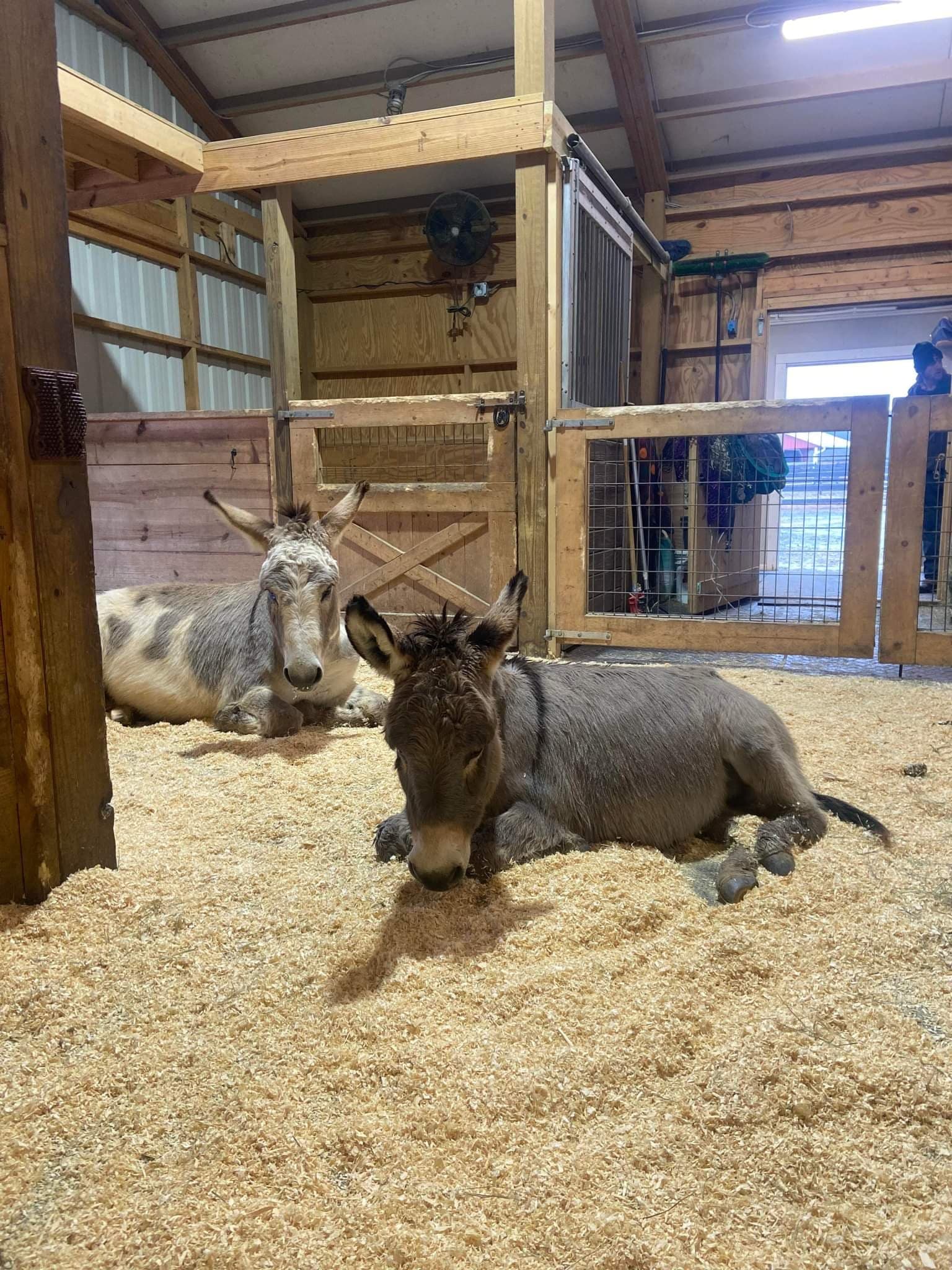 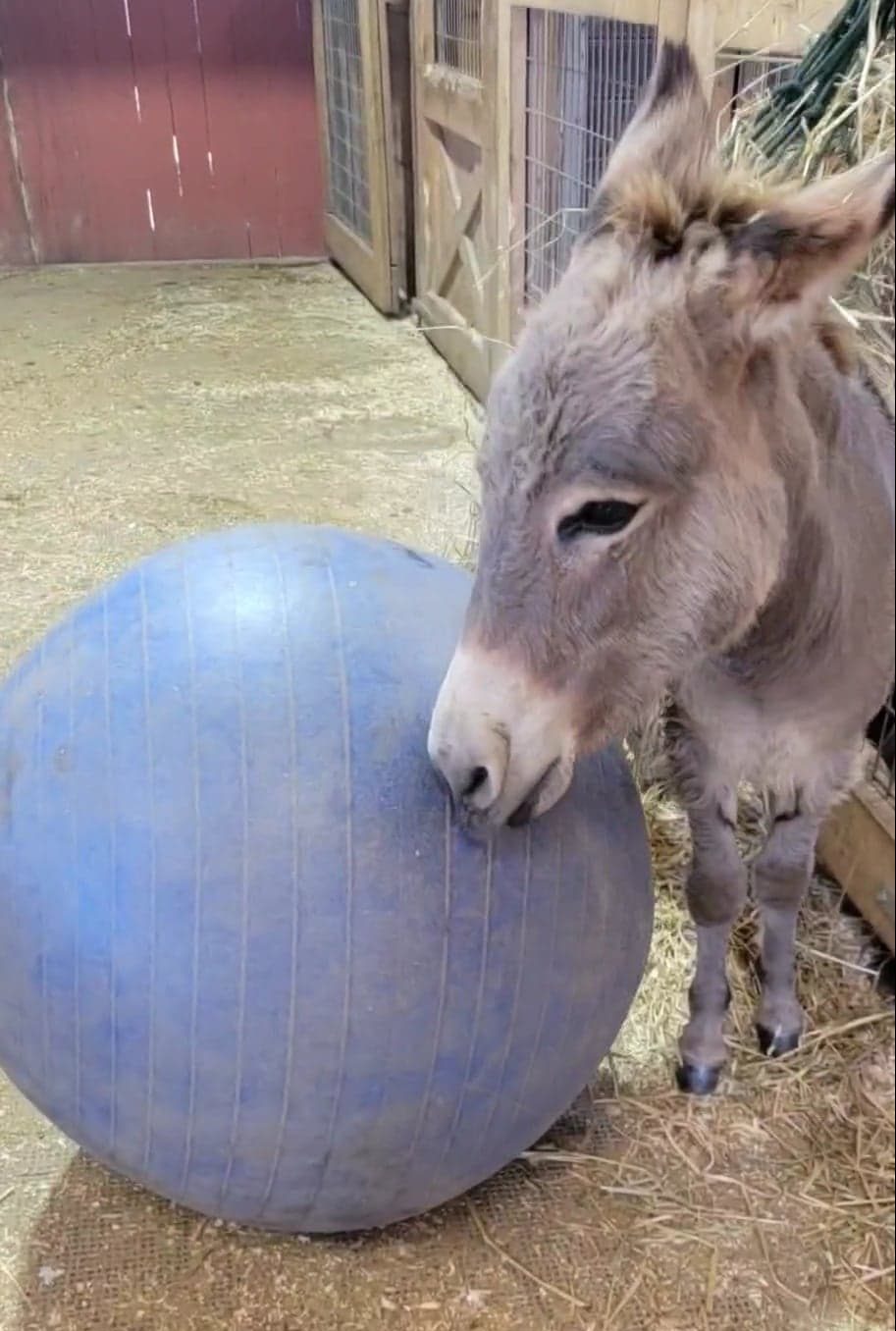