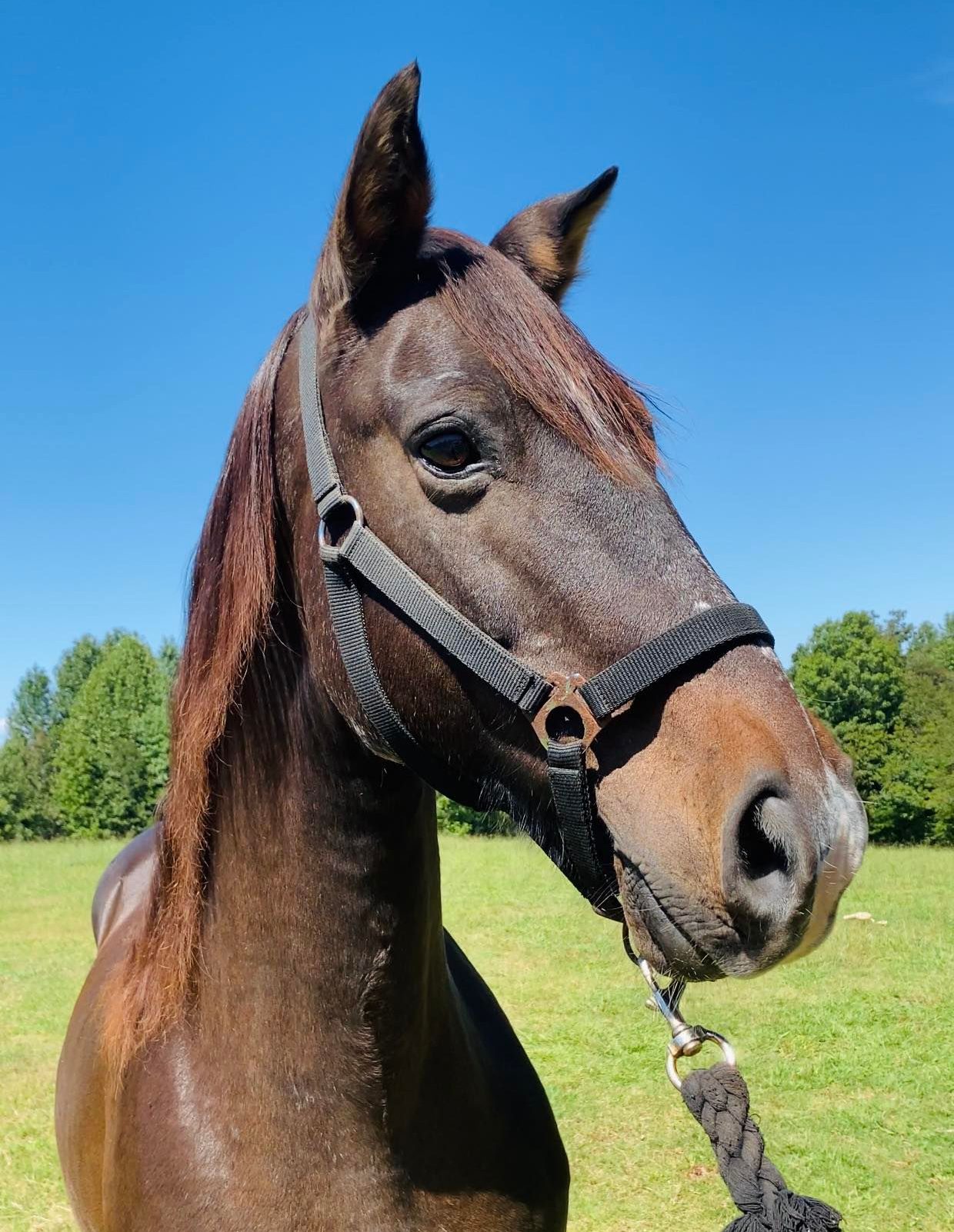 Rocky is another victim of the livestock auction industry – which is often a sadly under-regulated cesspool of uncaring owners, scammers and traders who drop off thin, emaciated, wounded and crippled equines in order to squeeze the last dollar out of them. No oversight – no checking for chips or stolen horses, no Animal Control officers to hold these abusive, neglectful people responsible for animal welfare laws…and a supermarket for the “meat buyers” and scam artists who promise desperate people that they’ll get their horses a “good” home with a “rescue” or “therapy program,” grab the poor equine and race off to the nearest auction to dump them and make a few bucks. Practices abound in this industry that wouldn’t be tolerated anywhere else. Not all auctions are like this but way too many, are.

Rocky was dumped at an auction in Mississippi. Fortunately for Rocky, he didn’t even sell to the meat buyers. He was left to fend for himself in a large field of other unfortunate equines until the next auction came along. There he was hazed off of food, bitten by larger, stronger more dominant equines and came to the attention of a woman working in rescue who knew the auction owner. Poor Rocky didn’t have  much going for him except a future of slowly starving or being injured. He sported a crumpled ear and was blind in one eye which was draining. All-in-all, Rocky didn’t have a lot to recommend him and he would undoubtedly end up on a trailer to Mexico. That’s where we came in. Rocky was picked up, taken to a local barn where he was evaluated by a vet and the rehabilitation process was started. That’s where, as is often the case, Rocky was discovered to be unadoptable and would need sanctuary. Rocky was older – a lot older – than anyone thought; his blind eye was painful and would need enucleation surgery; in short, he was a mess.

We had a spot, so Rocky came to Red Bell Run. We had his eye enucleated (removed) and he settled in with the herd at our Roadside Inn barn. Rocky has proved to be a gentleman and a scholar. He is easy to handle and we find his little crumpled ear endearing. He fits in well with his herd mates and is a much-loved member of the Red Bell Run herd. 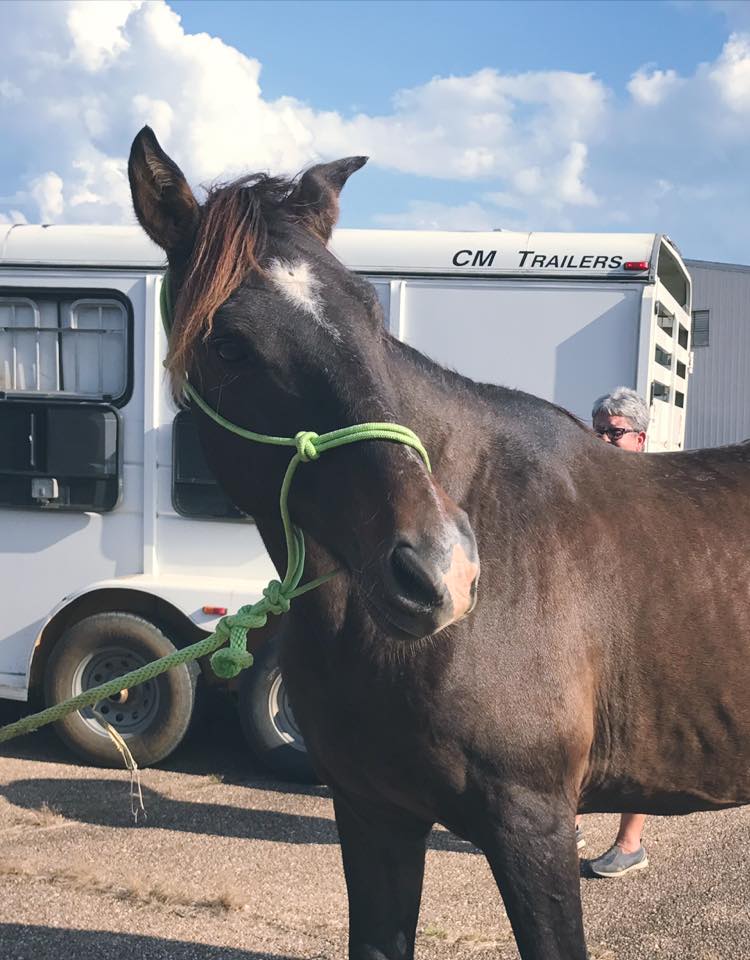 Rocky was in rough shape 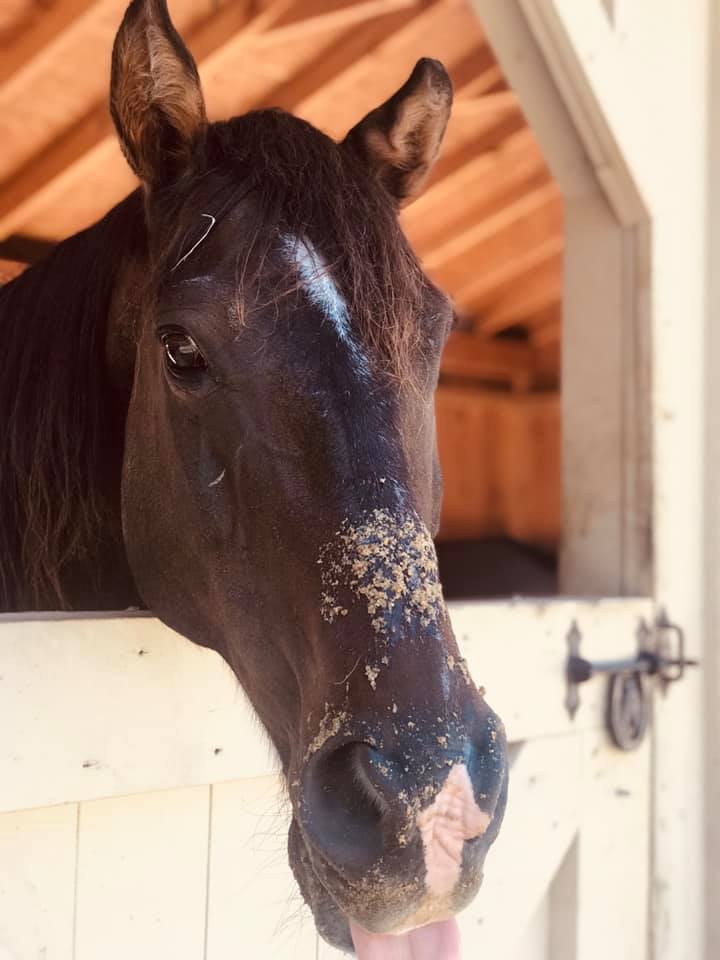 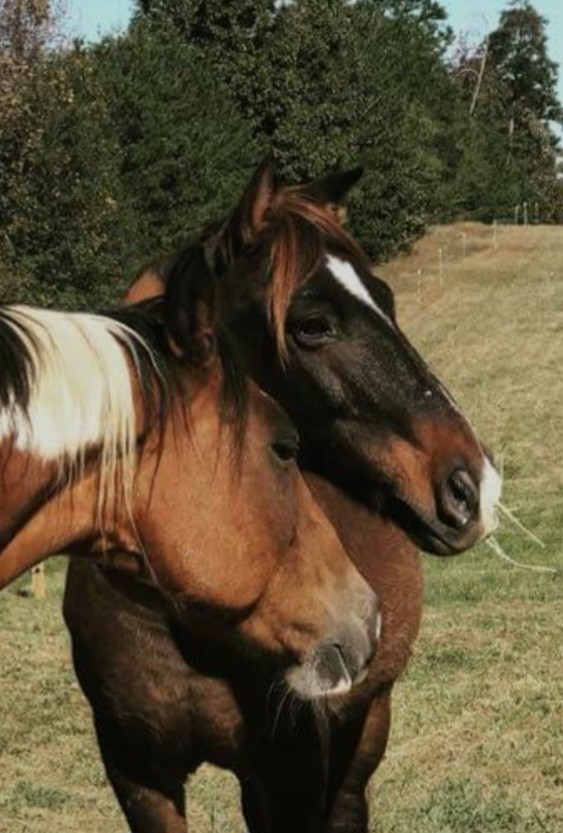