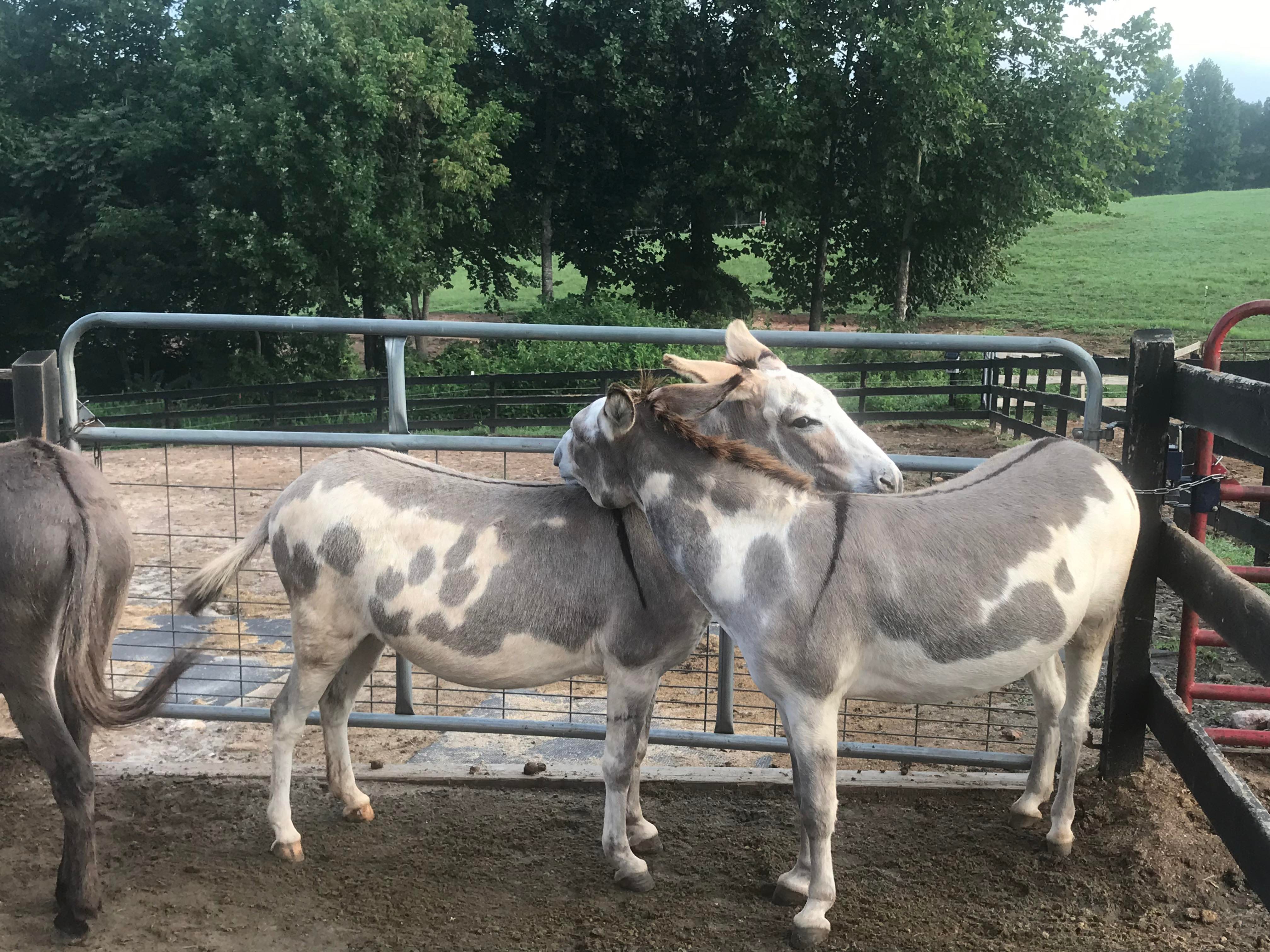 In April of 2017, we were asked to provide a home for melodie, a sweet spotted jenny, and her foal Alberto. It was a long journey from the infamous Stanley Brothers Kill Pen in Bastrop, Louisiana to Red Bell Run, but thanks to the Ark Watch Foundation’s dedication to these forgotten equines, they made it to our Florida facility and then to our Sanctuary in North Carolina.

This is their story.

In the Fall of 2016, the Ark Watch Foundation, an organization that helps the most compromised equines from a variety of bad situations, pulled a small, thin jenny and her then just days old foal from a Louisiana kill pen. People who lived many states away from Louisiana were talking about the pair (one person said they could come pick them up from the kill pen in a week but chances were the baby would be dead by then). Celine Myers, President of Ark Watch, thought if they were to have any chance, she’d better grab them. Since the baby had been born at the kill lot, a cesspool of respiratory diseases, his chances of surviving weren’t good.

They were immediately hauled to the Reata Equine Hospital in Weatherford, TX. It was no surprise when a lung scan revealed that the jenny had pneumonia. To add further distress, even through he was only 5 days old, Alberto’s ultrasound showed he had pneumonia with abscesses in his lungs. Thanks to excellent work by the vet team at Reata, Melodie and little Alberto were aggressively treated and survived. Although he now suffers from “dry eye,” which must be monitored monthly by a vet and treated daily with eye medications, Alberto is a happy, healthy 5-year-old john donkey who loves to run and buck with his many buddies at Red Bell Run. His mom, Melodie, lives with her jenny friends in Longears Lodge and is still very attached to Alberto. They spend their days with their donkey friends playing and entertaining visitors. 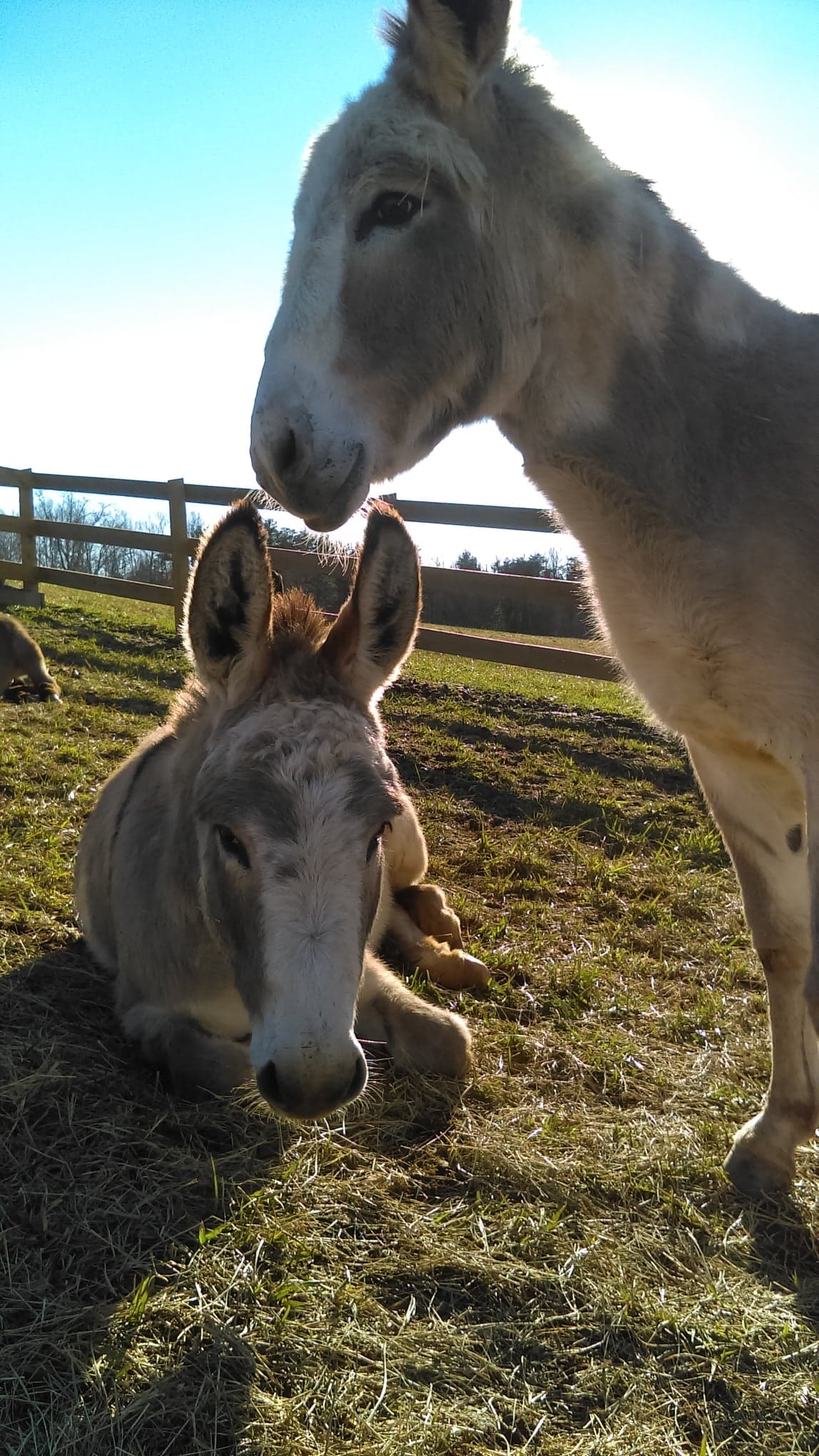 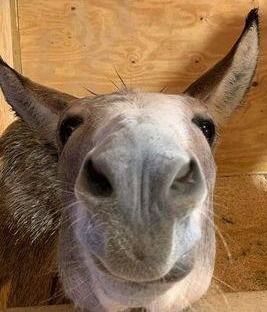 Alberto begging for a treat after his eye meds