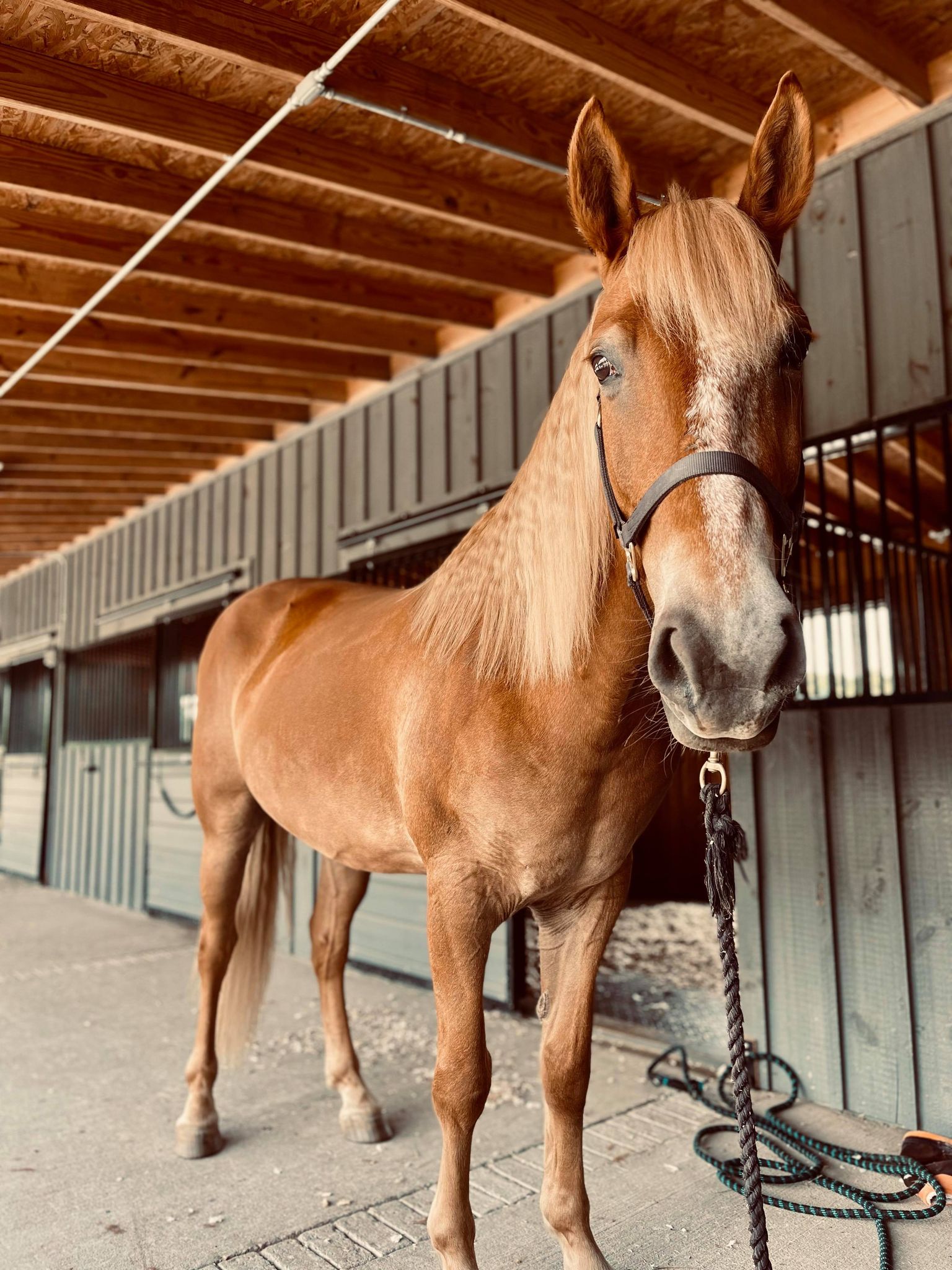 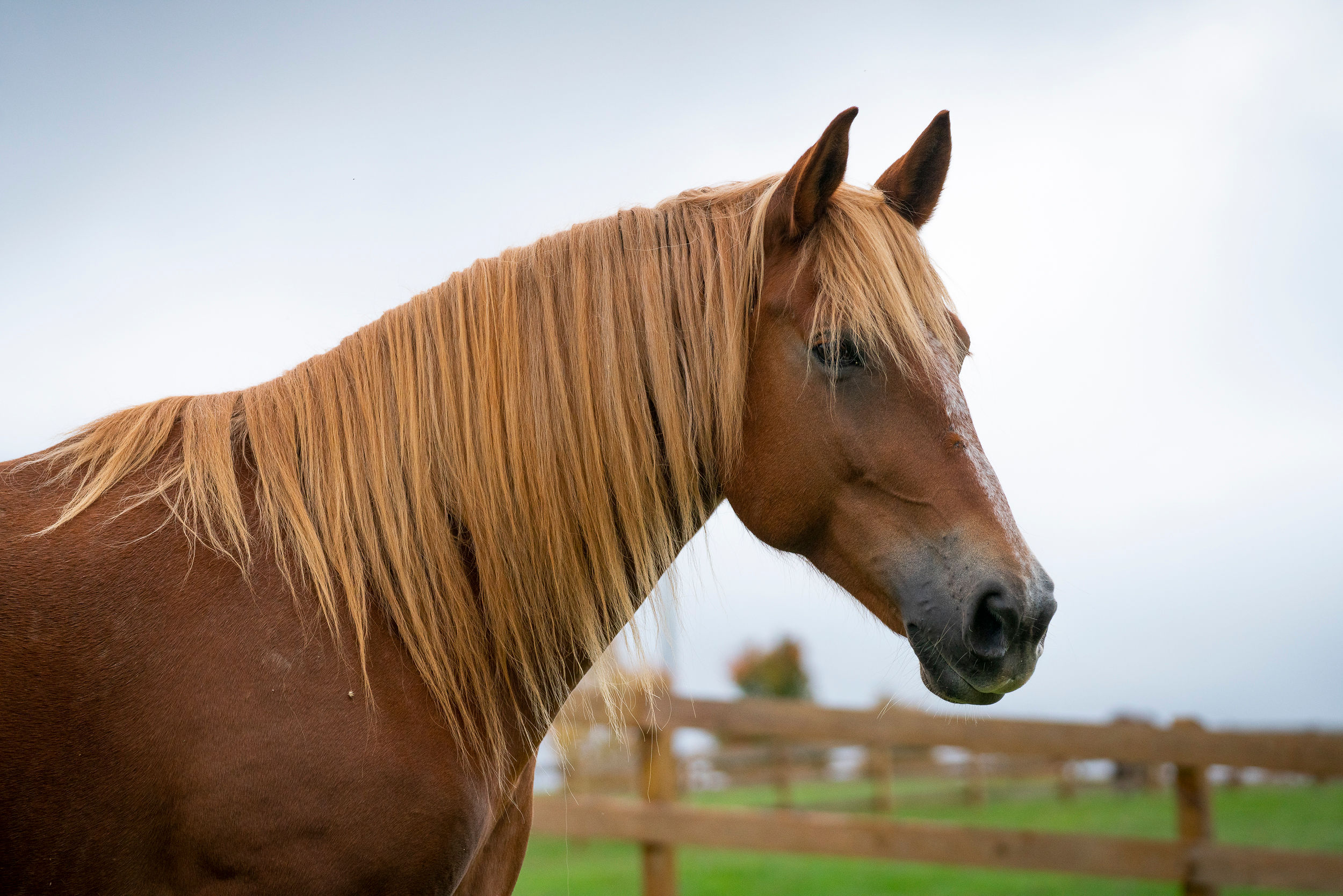 Lincoln is the victim of the indiscriminate breeding, greed and throw away mentality that unfortunately permeates parts of the equine industry. When the “warmblood” craze started in this country, people were breeding any large draft mare to thoroughbreds and calling the resulting foals “American Warmbloods”. No thought was given to conformation or temperament – just a thoughtless rush by irresponsible people to cash in on a current fad. Poor Lincoln didn’t sell, so he was dumped at the Lincoln stockyards in Kentucky. That’s how he got his name…

We saw a terrified baby horse being roughly treated and abused. We said NO.

Lincoln was lucky enough to be rescued, but, frankly, he was a basket case. Starved, unhandled, terrified of humans, especially men in ballcaps wearing aviator sunglasses (which still upsets him to this day), his future was pretty bleak. A large knot of unsightly scar tissue was just above his nose from a laceration that had been left untreated. The resulting skin flap had healed in a big knot. Obviously uncomfortable, Lincoln would rub the offending knot on any hard surface which left it raw and bloody. All in all, Lincoln needed serious intervention by someone knowledgeable.

That’s where Red Bell Run came in. He came to us and learned to be a good citizen, wearing a halter, leading, standing for grooming, the vet and farrier, and because he was young and relatively healthy, eventually being sent to a trainer to be put under saddle. That’s when we found that Lincoln’s mistreatment by humans early on was going to end that career before it even started. The trainer told us that he had never had a horse whose flight instinct was so strong. In Lincoln’s world, anything frightening would cause immediate flight – through walls, fences or any obstacles that might be in the way. He didn’t care what happened to his body; his response to perceived danger was immediately to run as far away as fast as his legs could carry him. Unfortunately, he would never be safe to be ridden.

Today Lincoln is not required to do anything that terrifies him. We are always aware of his issues and use safe handling methods with him because his flight instinct is still extremely strong. Overall, he is happy to be handled and loved. His “knot” has been removed along with a large sarcoid that developed in his ear and he has grown into a stunning horse with a long, flowing mane and tail. When the sun strikes his golden coat and the breeze teases his long mane, he looks like a horse in a fairy tale. We’re so glad he’s enjoying life with his friends at our Sunrise Pointe Barn. 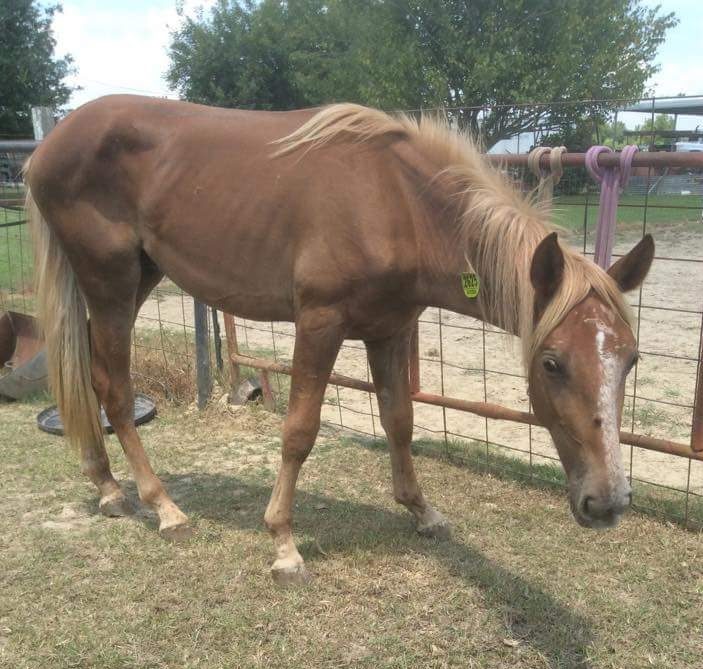 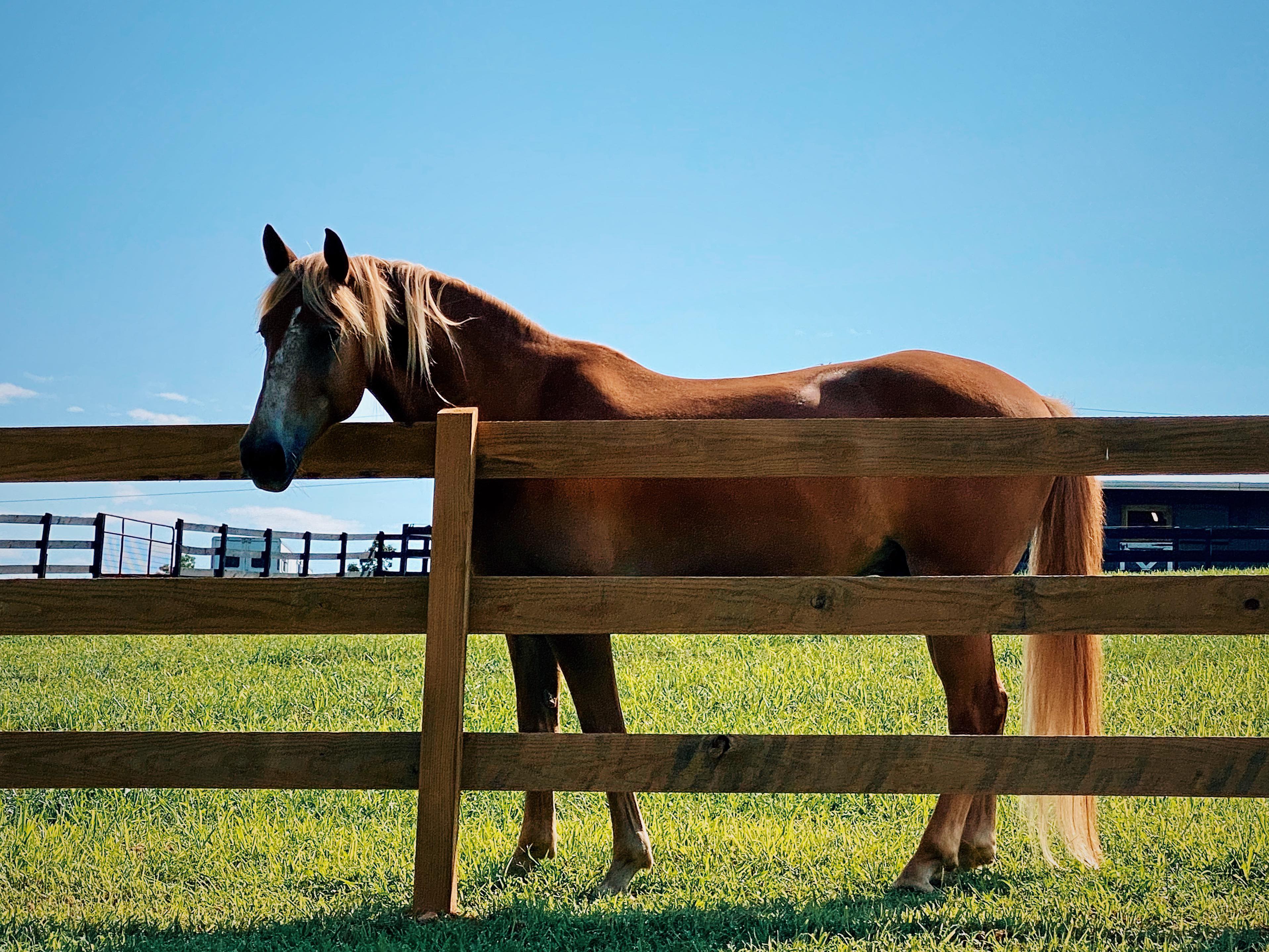