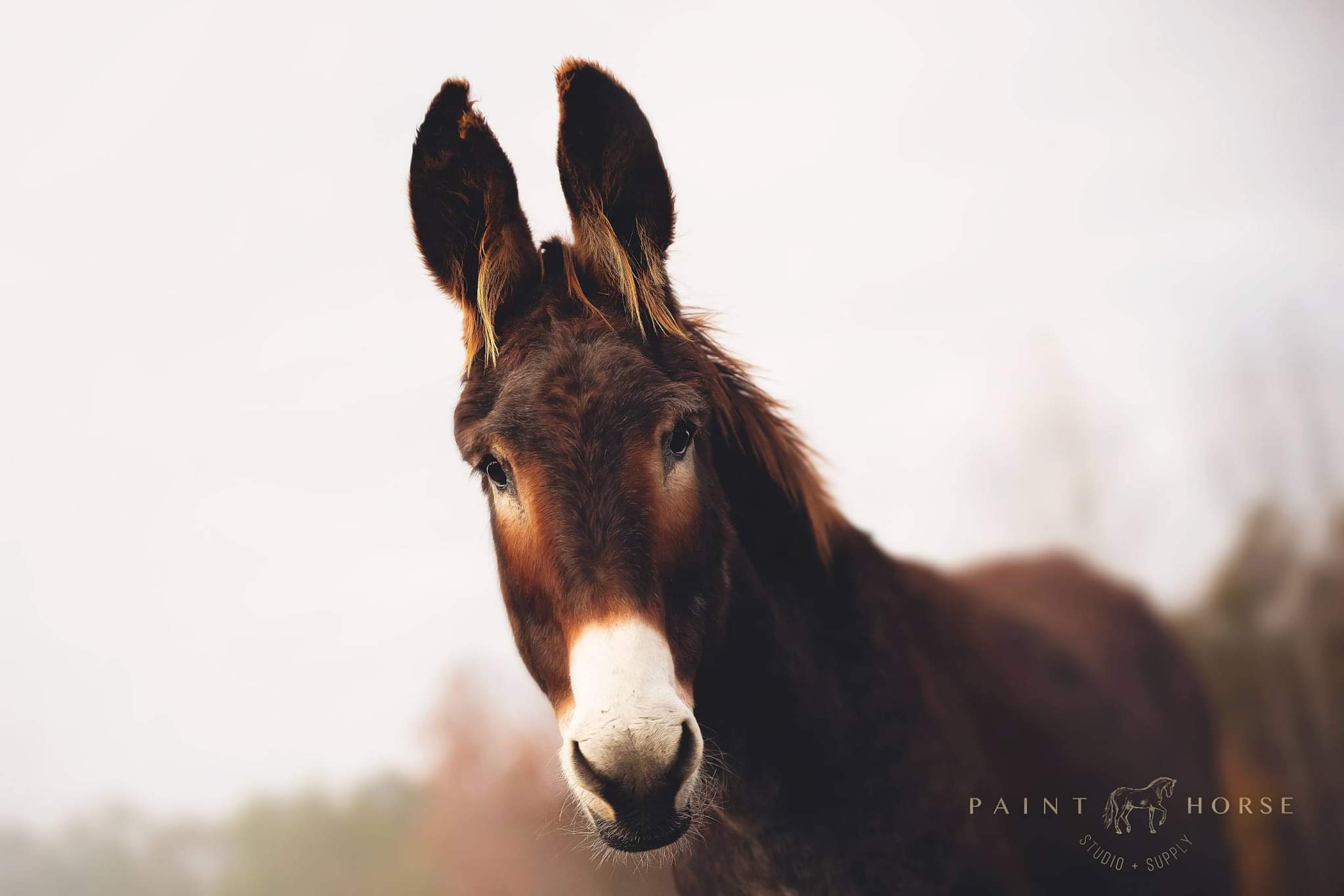 “I received a call from the Equine Director at the Humane Society of North Texas. A jenny, heavy in foal, was in a kill lot. Would we help? Yes, we would. We moved quickly to get them to safety. Joy, a lovely dark chocolate, standard jenny, soon gave birth to a little jack that we named “Christmas Beau,”…and then the trouble started. Joy had a horrific infection, pus dripping from her udders, and both became extremely ill, spending the next 9 months in a vet clinic; Beau being bottle-fed and both being treated for the infection. Poor Beau developed pneumonia which lasted months, requiring a nebulizer and intensive care. For months each time the phone rang, we expected the worst. Several times we were told they had very little chance, but they never gave up and neither did we. Today they thrive here at Red Bell Run in our donkey herd. Joy is a gentle soul and Beau has become quite a character and visitor favorite. 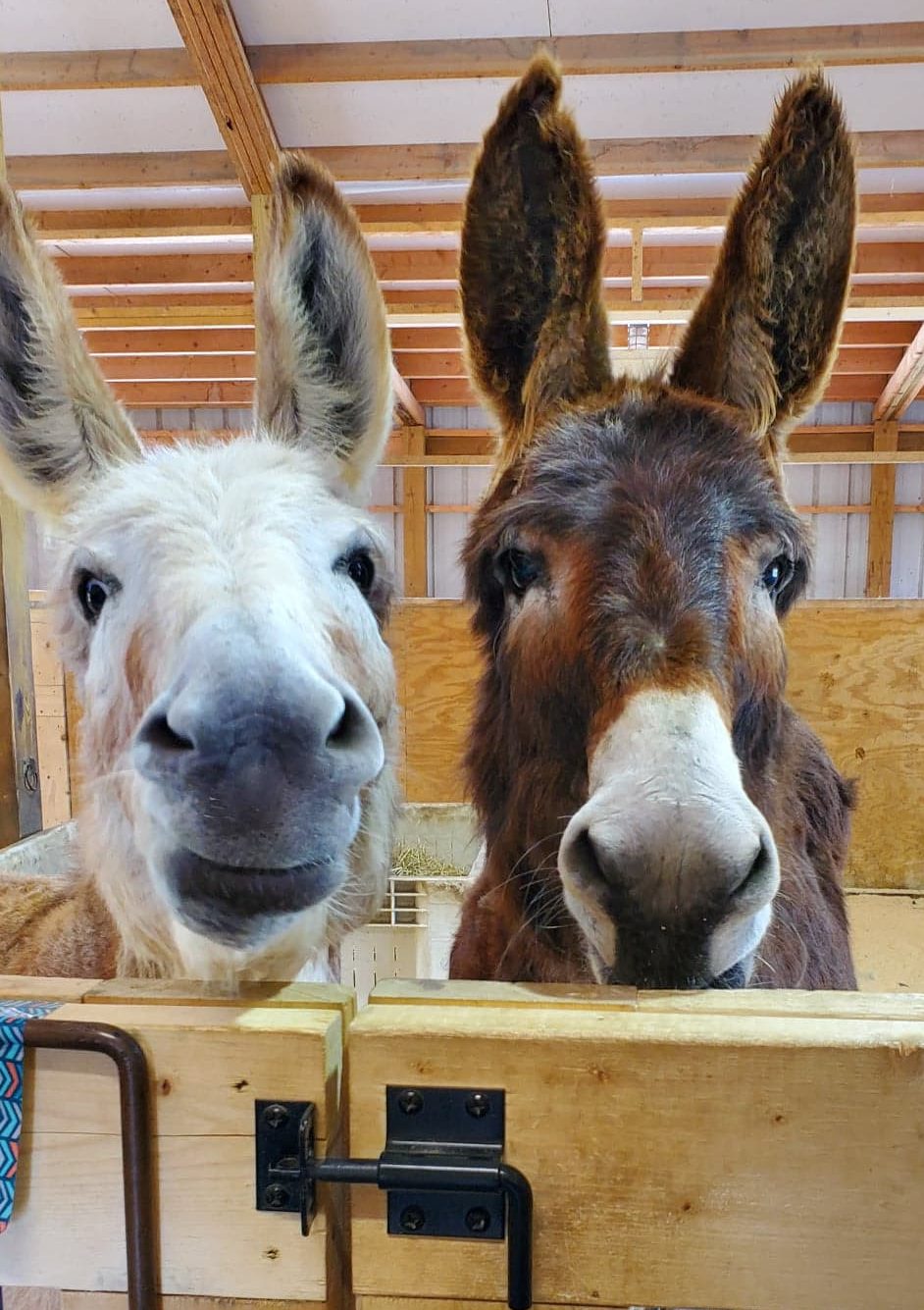