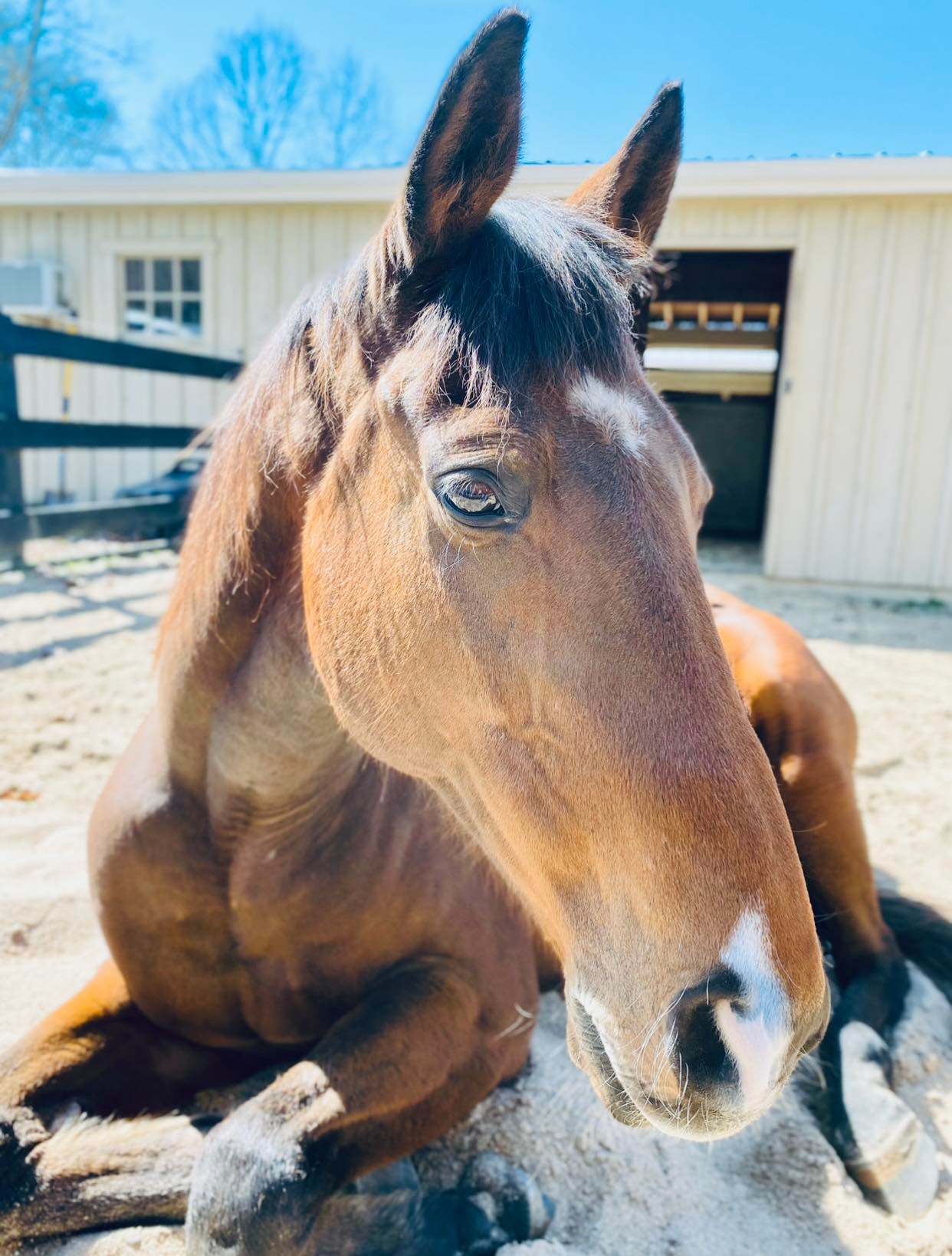 Johnny Bob is a thoroughbred who ended up at Red Bell Run through a series of misadventures involving a riding program at a major university. Johnny Bob was found 15 minutes from loading onto a truck bound for Mexico. He had a tattoo which identified him as a thoroughbred and because of this his former owner was contact just in time. Tattoos and microchips are so important for your horse’s safety! Johnny Bob’s owner was horrified as he had been loaned to a major university for their equestrian program with the proviso that he be returned to her when they no longer needed him. Because someone didn’t read his file, he ended up in a sport horse auction where he was purchased by a kill buyer. Thankfully, he was identified at the kill pen and sent to Red Bell Run. Johnny has several issues including a propensity of ulcers as he is a bit high strung. At some point, he sustained an injury to his pelvis that prevents him from cantering comfortably. He is happy with his girlfriend Fancy at our Roadside Inn barn, and his playful, clownish personality makes him a barn favorite. 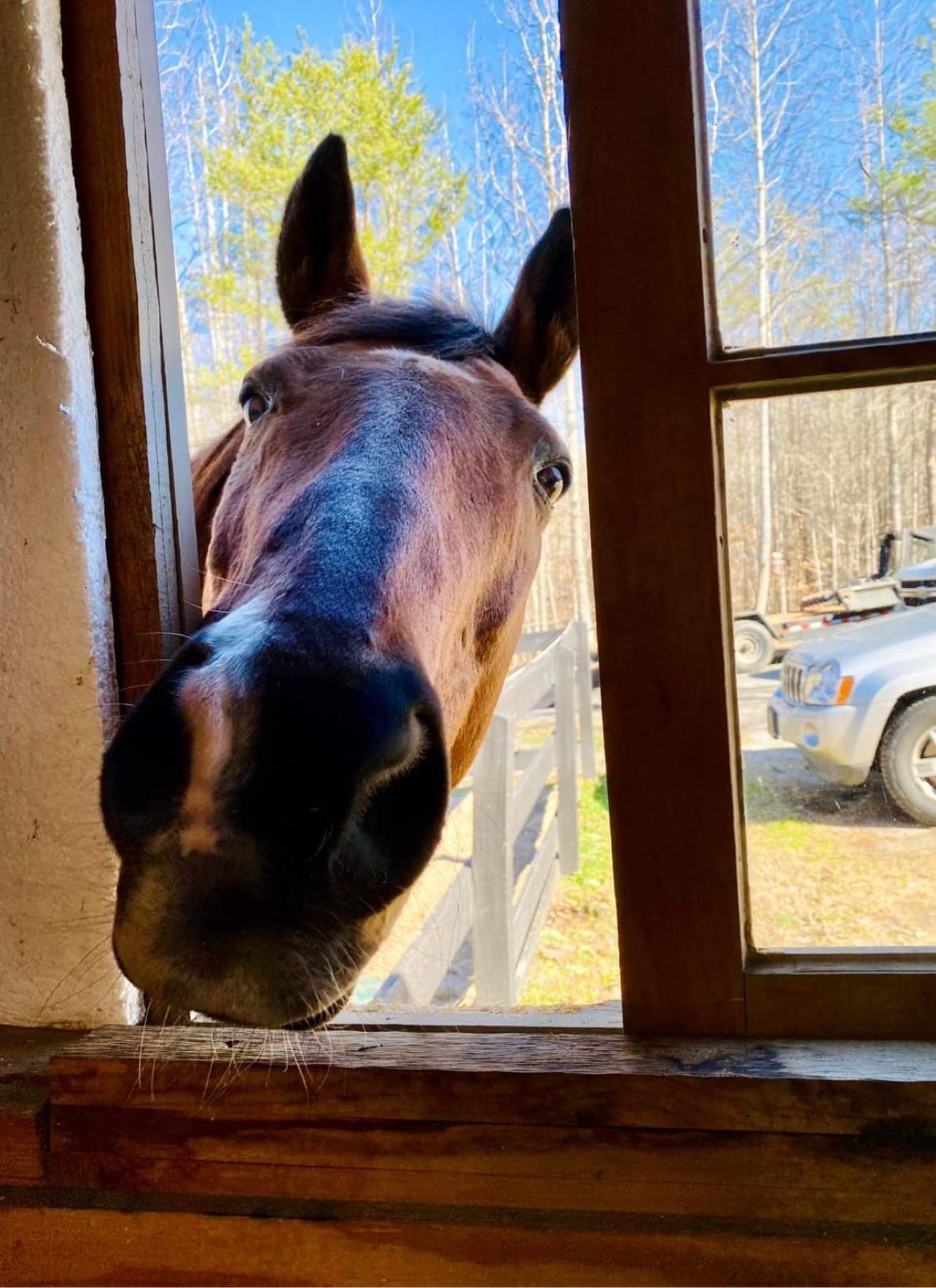 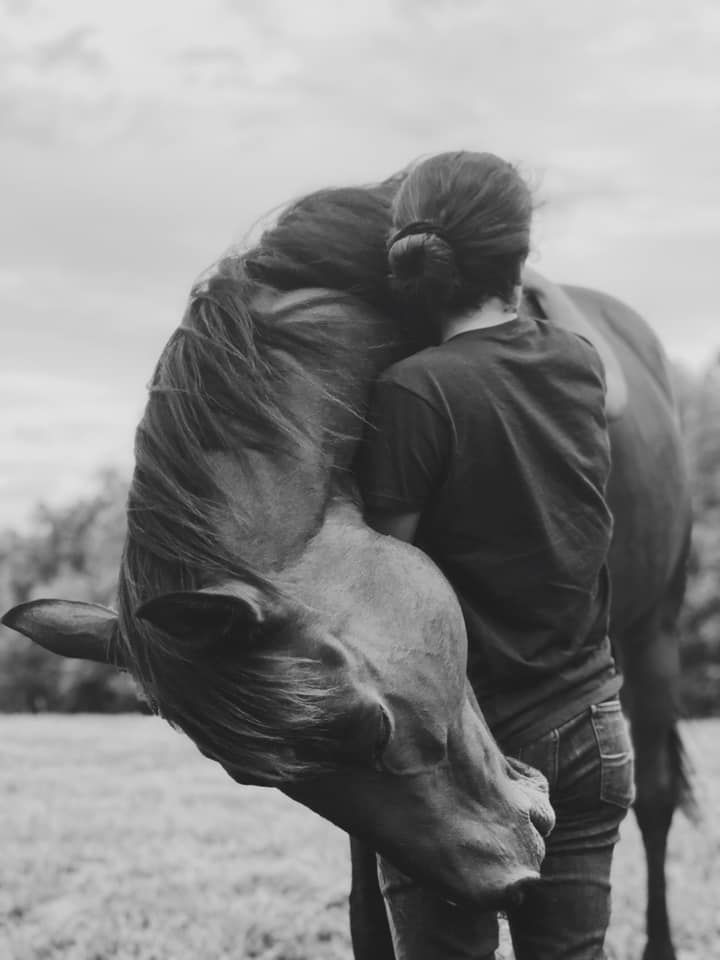