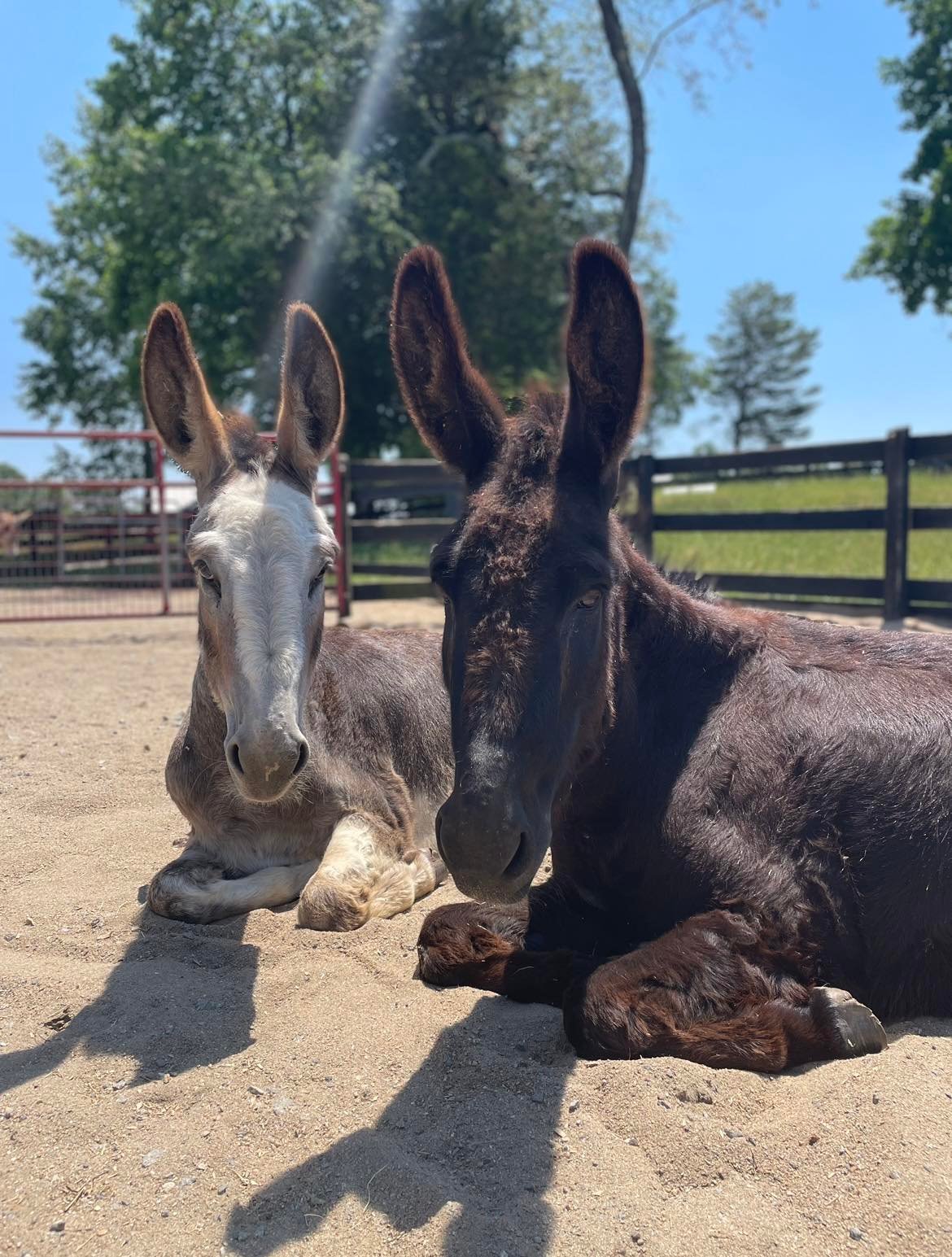 Jazmine and April were rescued by the Ark Watch Foundation with a group of donkeys bound for slaughter from a farm in Arkansas. The Humane Society of North Texas took this large group in for the Ark Watch Foundation, but there were several in much worse condition than the others. After consulting with the Ark Watch Foundation, The Humane Society of North Texas, and Reata Equine Clinic, it was decided to pull April (who was just a foal), her mom Jazmine, Jazmine’s sister Lula, and another older donkey named Smithers. The plan was to send them to Red Bell Run since their many health issues would prevent them from being adopted. Jazmine and April duly arrived at Red Bell Run with their friends; Jazmine’s health issues were addressed and are now stable. Miss April has grown up into one of the most beautiful donkeys at the Sanctuary. Jazmine and April still share a close mother-daughter bond and are happy with their Trailside Barn family! 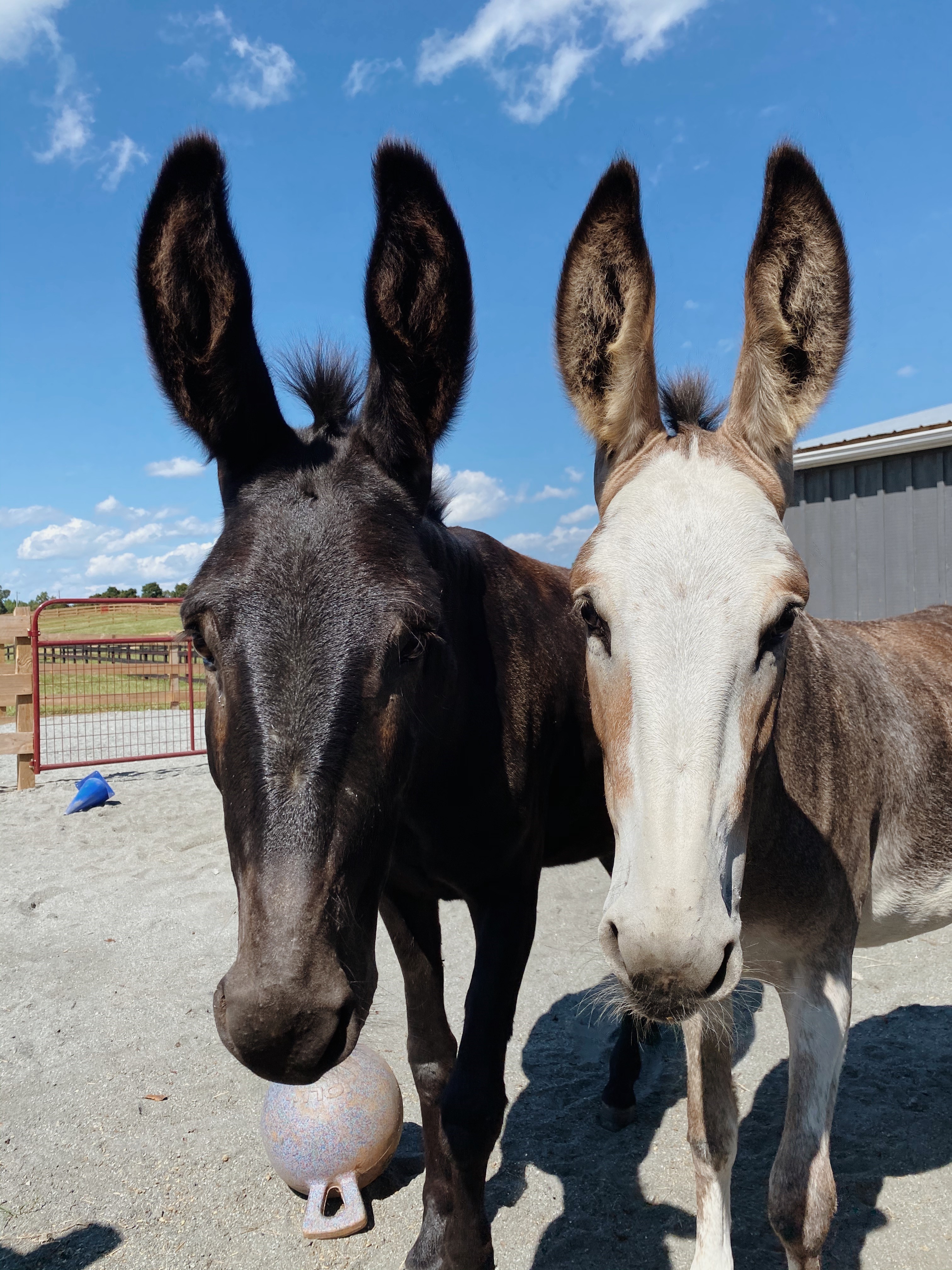 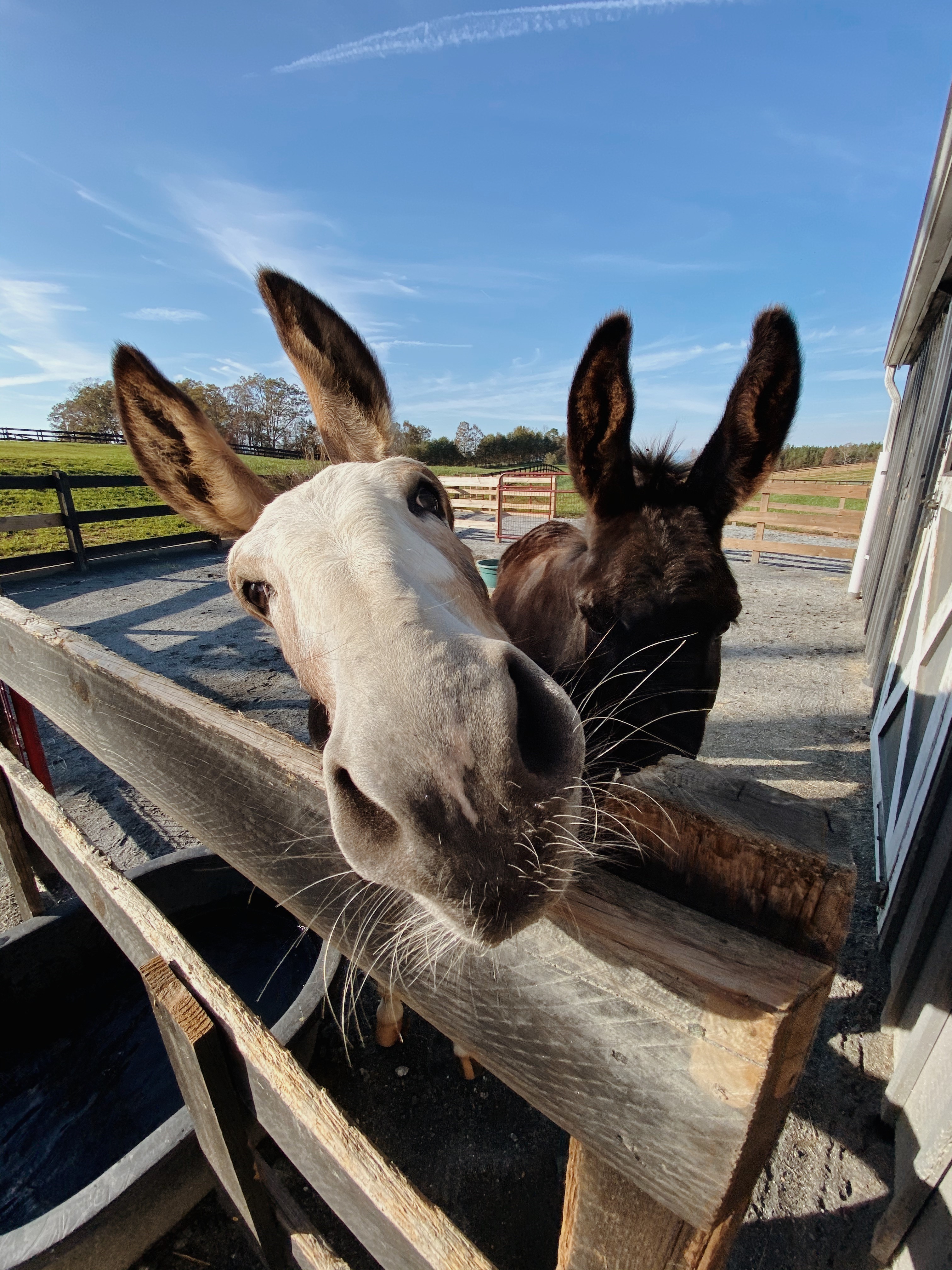 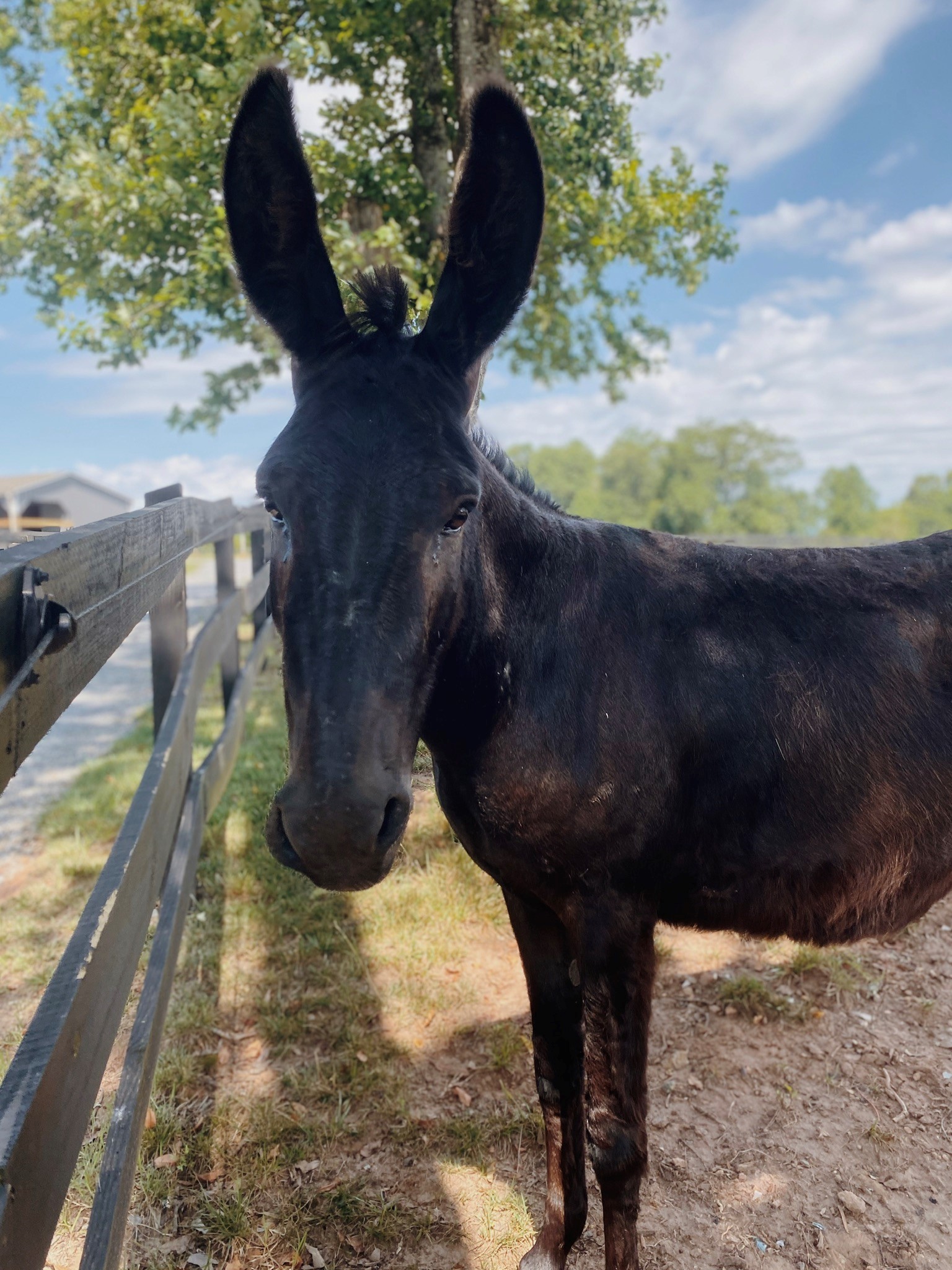