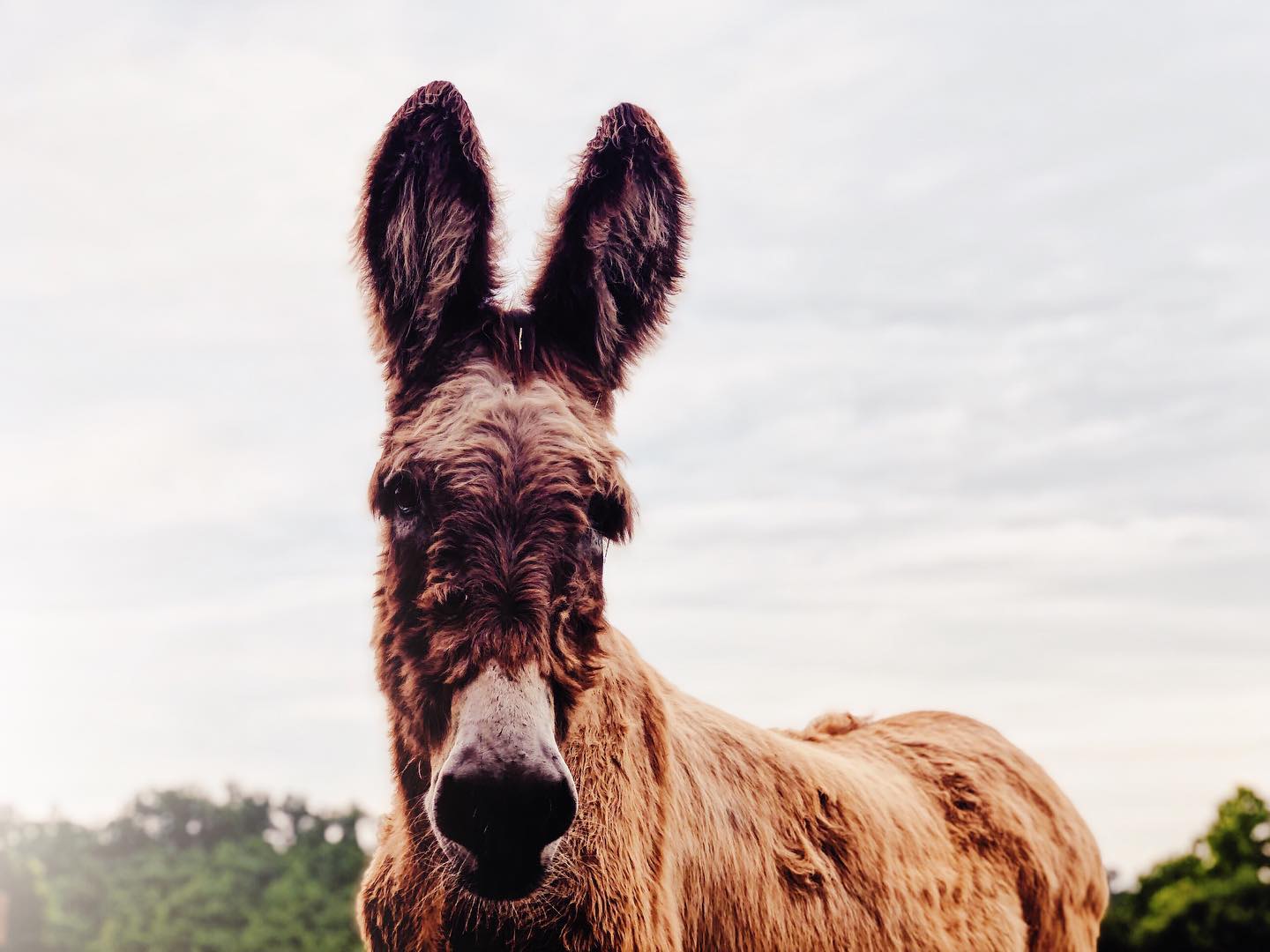 In March of 2019 we received a call from our friend and fellow rescuer, Tia Bonkowski, of Turning Pointe Donkey Rescue in Michigan. She had saved Jacques, a Baudet de Poitou donkey who had fallen on hard times in Texas. A French breed that is becoming rare, these donkeys have long curly coats and “bedroom slipper ears”. Jacques’ coat was matted and tangled and he hadn’t seen a farrier in a very long time. Tia had had him transported to Reata Equine Hospital in Weatherford, Texas, where Jacques’ various illnesses were addressed: a respiratory infection, dermatitis under the long-neglected coat and untreated Cushing’s Disease. His feet would need consistent farrier care. His coat had to be shaved; it was matted to the skin and had various foreign objects (like wire) entangled in it. After several months of treatment, Jacques was feeling better but a naked donkey in Michigan during the winter was a problem. Could Jacques spend the winter at Red Bell Run and then come to Michigan once the weather was warmer? Hopefully, his coat would grow in the meantime and he would be ready for Michigan winter. Of course, we said yes. Tia has helped with many, many donkeys and we were happy to help her with Jacques.

Jacques arrived on the Equine Express bus in the spring of 2019. The driver told us that Jacques had not taken to travelling very well and they were concerned. Once unloaded, we realized that the trip was hard on him; Jacques was shaking, had rubbed a spot on his rump raw int he trailer and was pitifully happy to be on solid ground. Although Equine Express uses air-ride trailers suitable for rock stars, some animals just don’t like it. Jacques was in much better shape than when Tia first rescued him, but he had quite a way to go. He was foundered in both hind feet, his Cushing’s still wasn’t under control despite medication and his severe dermatitis needed further treatment. We called Tia. Jacques didn’t like to travel and we were both concerned that he would never make the trip to Michigan plus he did need specialized care and was quite a bit older than previously thought. Tia did the best thing for Jacques and we was given permanent sanctuary at Red Bell Run.

Jacques is now a favorite with his big fuzzy ears! His coat has grown out and he has even decided that the farrier is not the devil. He is now a happy member of our geriatric herd at Longears Lounge. 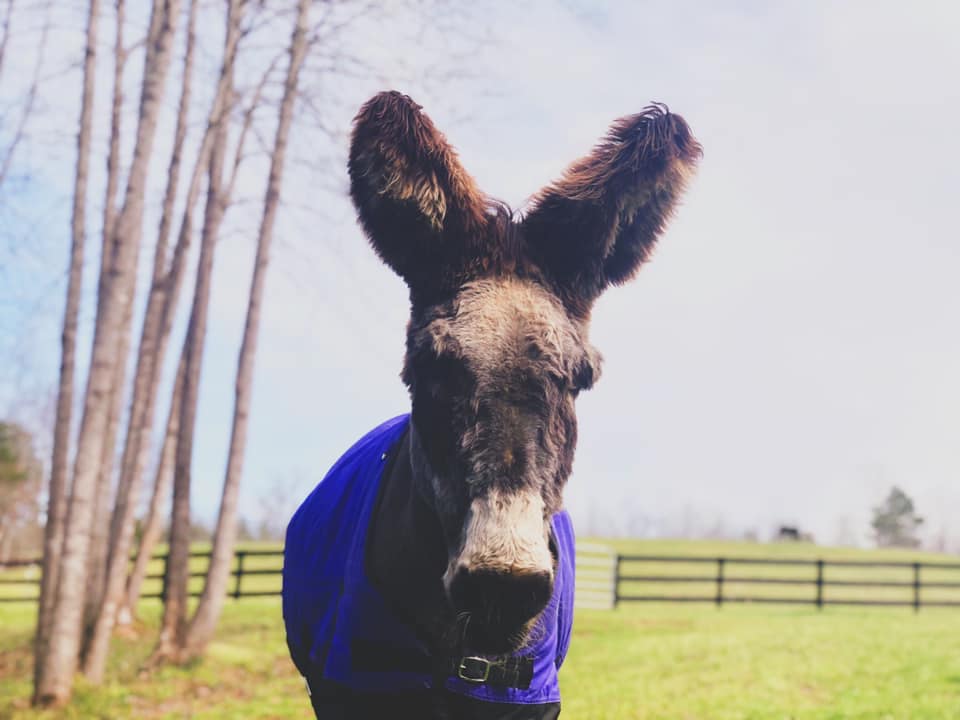 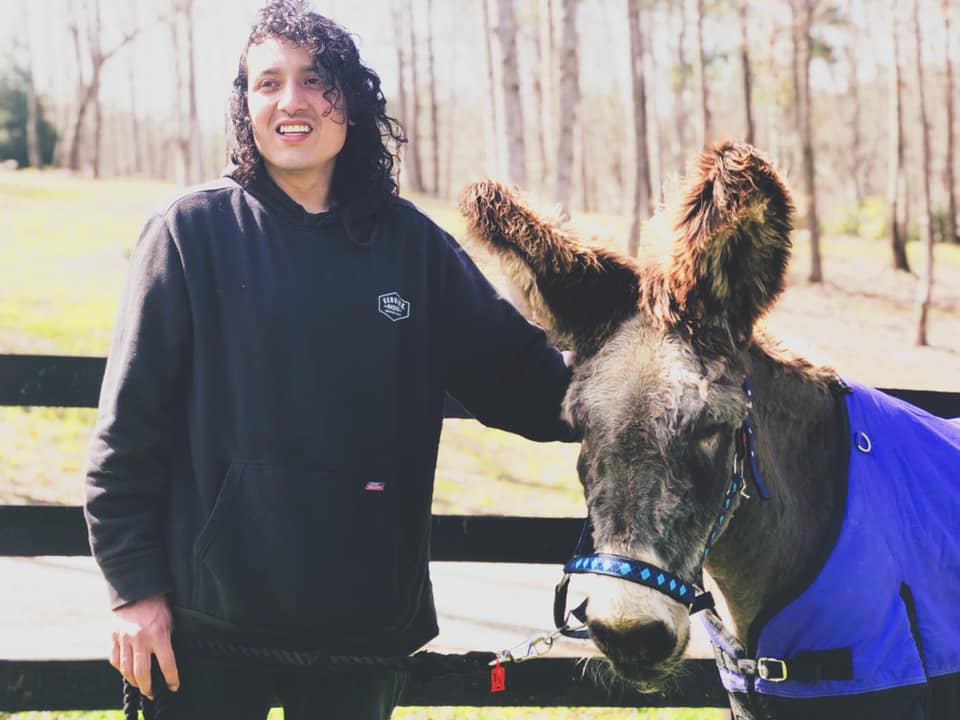 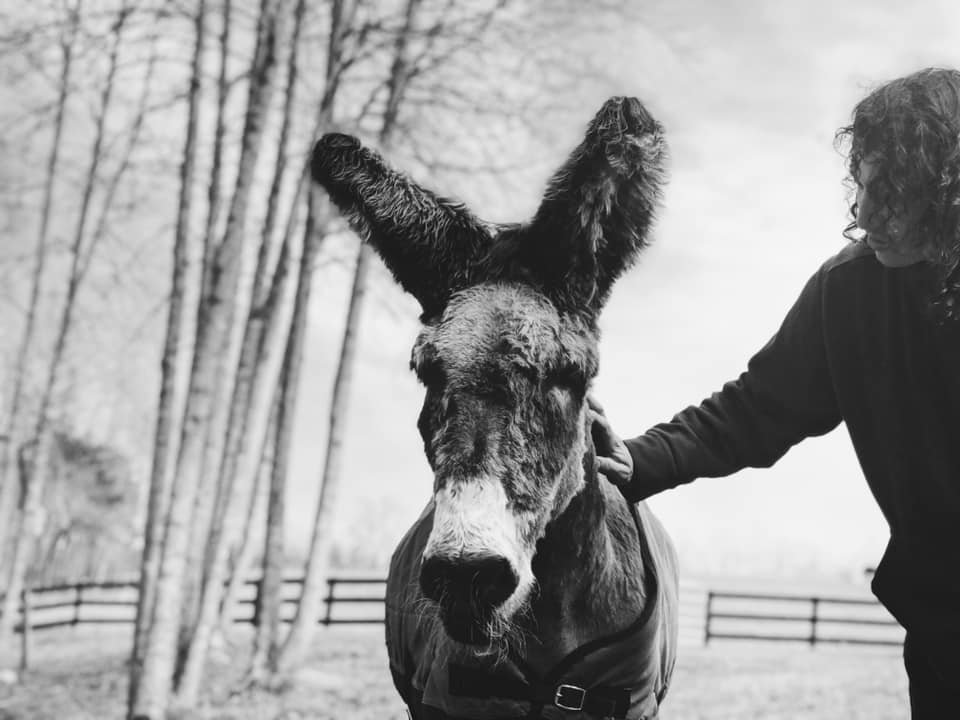