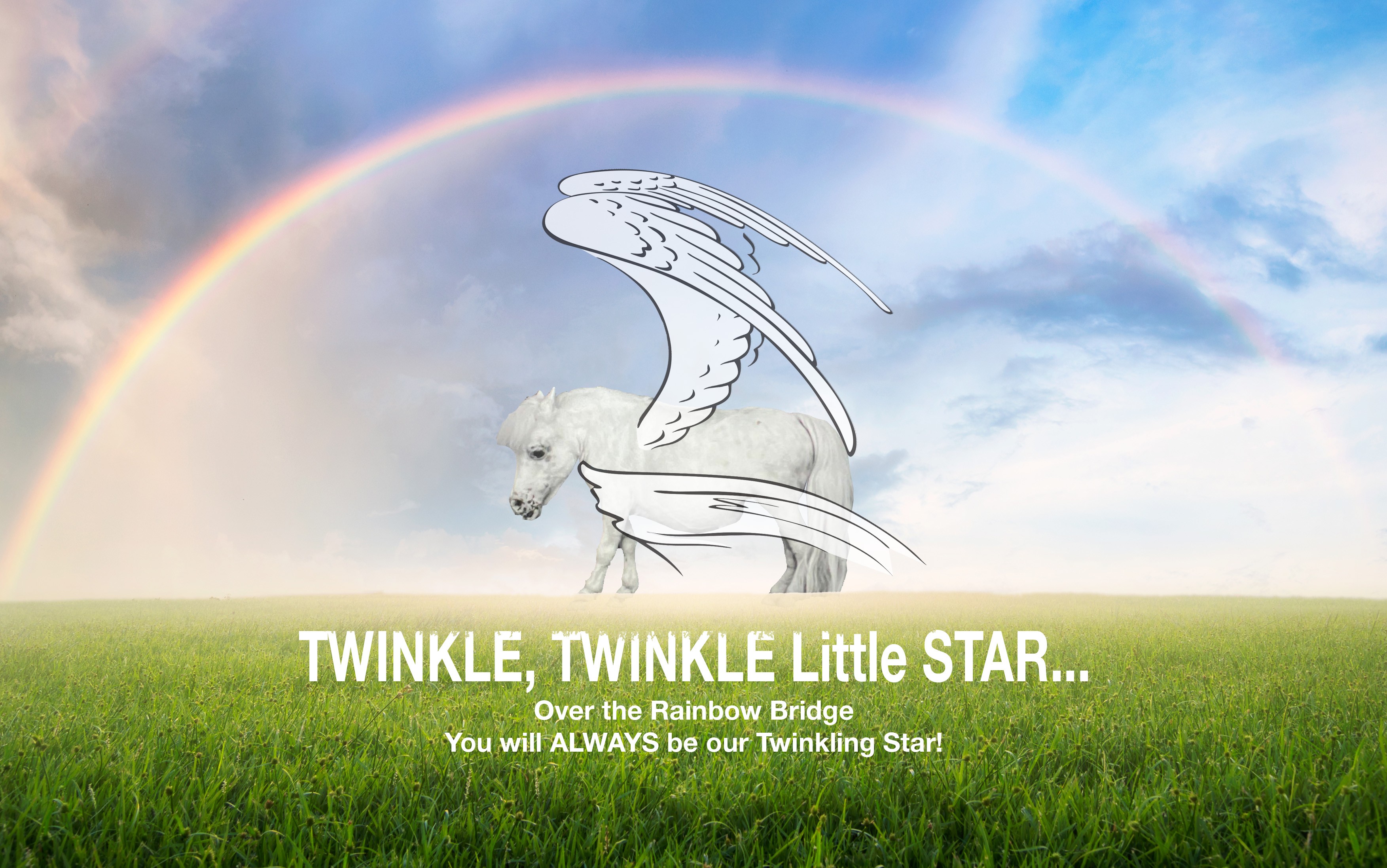 Sometimes an equine comes along that makes you believe all those things that you hear about horses having the ability to comfort and heal us humans. Twinkle Little Star was one. A dwarf miniature horse, a teeny tiny pony, she was about 1000lbs of attitude in a tiny, 100lb body. People who know horses will know what we mean. Ponies are, pound for pound, some of the most cantankerous, amazing, loving, dangerous, talented equines on the face of the earth. For generations they have made horsemen out of those who survived learning to ride them as children. Twinkle Little Star was too tiny to be ridden, of course, but that didn’t stop her. Technically a miniature horse, she had the pony attitude down to a fine art, but the diminutive equine lived a life of service that we should all aspire to.

Purchased for a young woman who was left a paraplegic after an accident, Twinkle Little Star became a true service animal. She learned all the things that a service animal learns to help their human and no door was ever safe from Twinkle opening it at will. Twinkle’s owner Kirsty started the “Give Kids a Smile” program and Twinkle was the star of the show. Wearing tiny leather boots on her hooves, Twinkle logged thousands of miles visiting children’s hospitals, nursing homes, and schools – giving smiles wherever she and Kirsty went. As the years passed, Kirsty’s own condition worsened, and she realized that Twinkle needed a safe place with knowledgeable people to care for her. Twinkle herself, being a dwarf, suffered from several issues common in miniature horse dwarves including misshapen hooves and limb deformities. Most dwarves only live five to eight years. Twinkle had taken care of her owner for fifteen years…she had already outlived the statistics, but her feet were needed more specialized shoeing, and she was beginning to show signs of inevitable aging that would require more care than Kirsty could manage. On the recommendation of her vet Dr. Emilie Setlakwe of Tryon Equine Hospital (who also happened to be Red Bell Run’s attending vet), Kirsty brought Twinkle to visit the Sanctuary at Red Bell Run. Dr. Setlakwe knew that they kind of care Twinkle would need was available at The Sanctuary.

Kirsty and Mary Adams, the Founder of Red Bell Run, talked for two hours on that visit. Ultimately, Kirsty felt comfortable enough to leave Twinkle at the Sanctuary. Animal lovers know that giving up a beloved pet can rip the heart right out of you. Even though she was broken-hearted at losing her constant companion of fifteen years, Kirsty did it because she knew it was the right thing to do. That is bravery and selflessness. You see, Twinkle had had equine companions when she was “off-duty”, but they had all been sold or passed away and Kirsty knew that Twinkle missed other equines. She wanted Twinkle to have a well-deserved retirement in safety and with the company of other equines. She knew Twinkle would have that at Red Bell Run.

So, Twinkle Little Star became a resident of Red Bell Run and started her second career…firstly, and in true pony fashion, she whipped all her caretakers into shape. She DID like being scratched on the withers IF she was in the mood. She DID NOT care to have blankets put on or taken off, depending, and had no qualms about aiming a tiny, pointed hoof at a shinbone if someone persisted in what Twinkle considered rude behavior. However, Twinkle did love children. While she kept the adults in her life in line, she was a pushover when it came to kids. She loved participating in the Sanctuary’s Read with Rescues program for children and would intently listen as a child read to her as if understanding every word. Everyone marveled at her. Her tiny size, big dark eyes and snow-white coat made her look like a fairy pony come to earth. She was cuteness personified, and her spicy personality just endeared her to everyone even more.

She was TOUGH, this tiny angel, and she bore the afflictions cause by her dwarfism like a trooper. Dr. Setlakwe and the Red Bell Run staff kept a close eye on her for signs of pain, monitoring her heart rate and general well-being daily. She had a special farrier, Dr. Esco Buff, thanks to several Angel Sponsors. He traveled from New York to care for her, providing special shoes to help stabilize her legs. Twinkle also had two equine friends for her besties – Princess Dilly and Willow, the equine companionship Kirsty wanted for her. However, it was Twinkle who never stopped giving hope, healing, love, and smiles to the people around her, just as she had done all her life.

December 29, 2022, at eighteen years old, Twinkle let us know that she was tired; that her job here was done and that she was ready to cross the Rainbow Bridge. Today, we laid this angel to rest, Dr. Setlakwe and the Red Bell Run staff by her side. We did the right thing, just as Kirsty did when she brought Twinkle to Red Bell Run. With breaking hearts, we let Twinkle go in peace and safety surrounded by people who loved her. Twinkle Little Star, the tiny horse who did so much for so many her entire life, is now no doubt flying with the Heavenly Herd above Red Bell Run. Truly now, our littlest angel has her wings. 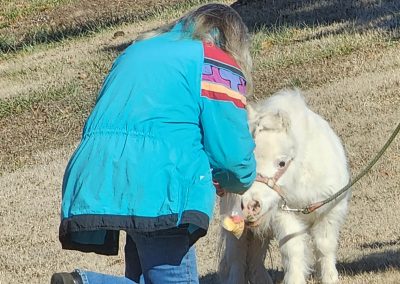 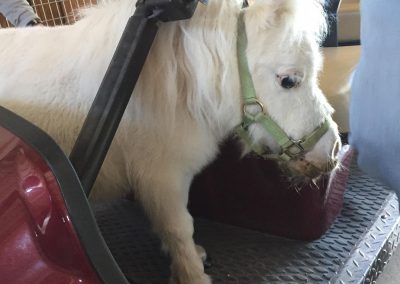 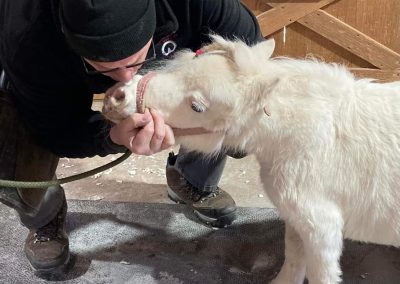 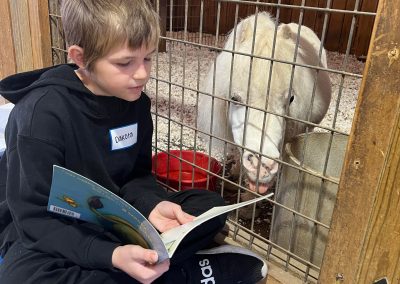 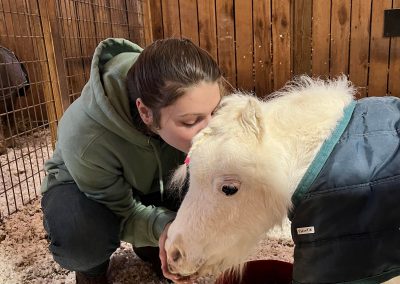 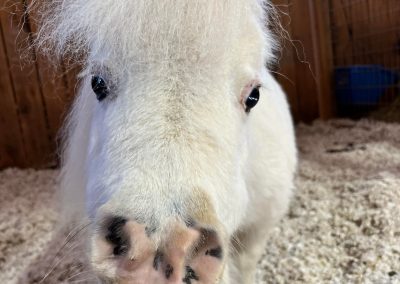 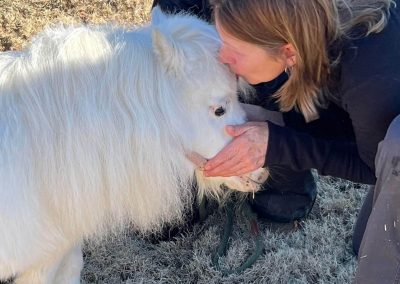 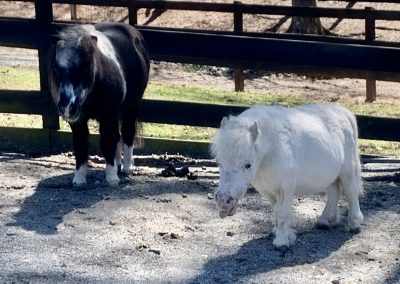