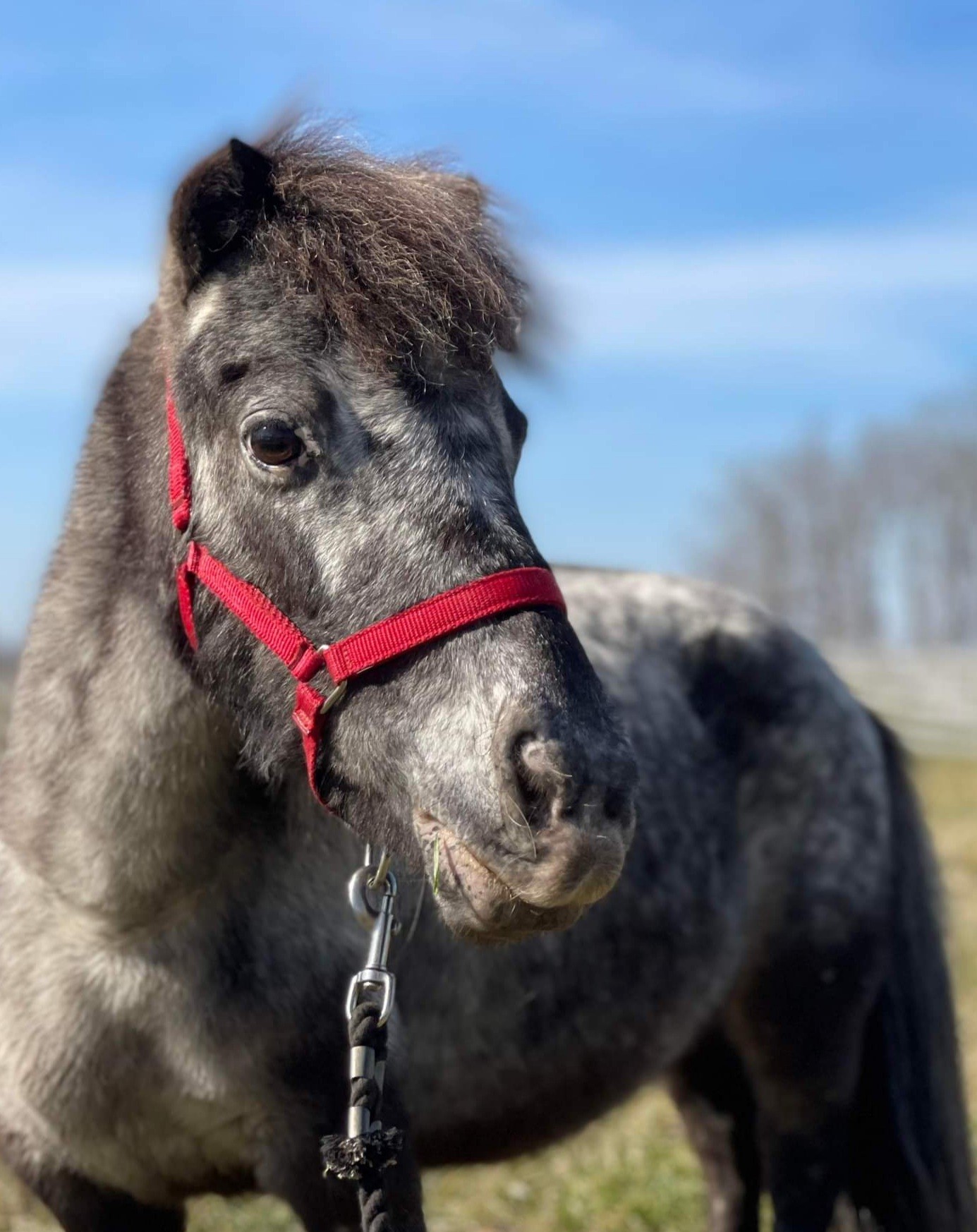 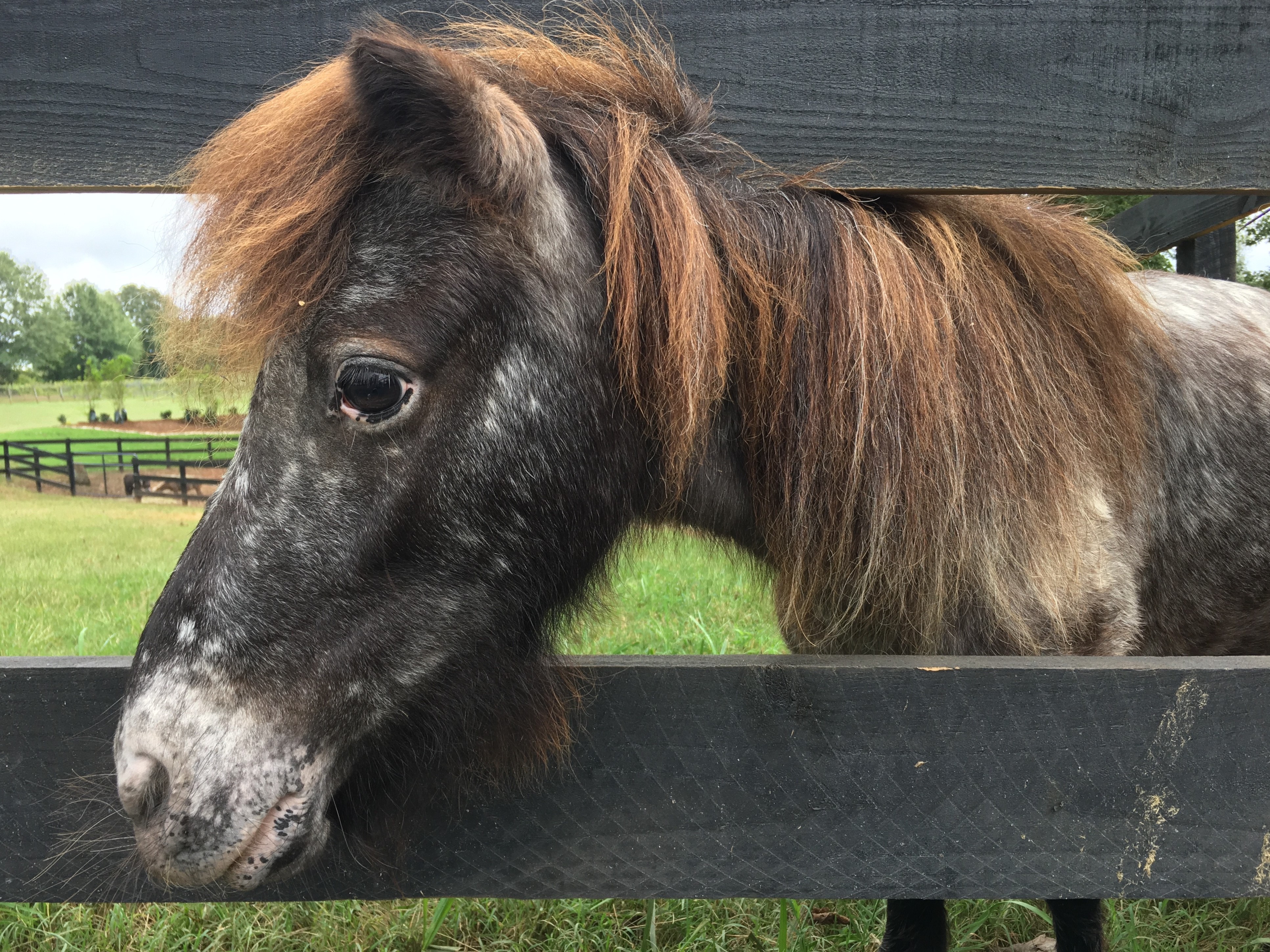 Our Hazel is a miniature horse with dwarf characteristics: a malformed jaw which can make it difficult to eat, poorly formed pelvis, back legs which are prone to arthritis, locking stifles, and several other issues found in these small equines. We were contacted by the Rainbow’s Edge Training Center in Florida about little Hazel. After hearing her story, and considering her health needs, Red Bell Run was happy to offer permanent sanctuary to this little girl.

Hazel was found sick and starving at an alpaca farm

Fortunately for Hazel, a good Samaritan happened to see her at the alpaca farm where neither she nor an alpaca were in very good condition. Even though she had never had a horse before, this woman couldn’t leave Hazel to suffer, so she loaded her (and an alpaca) in the trailer and took her home. This kind lady meant well and kept Hazel for two months but realized that Hazel wasn’t improving and needed help. She reached out to the good people at Rainbow’s Edge for help.

Rainbow’s Edge immediately called the vet: Hazel had a bad bladder infection, severe anemia, locking stifles (her back legs would pop and stick out of position) and was still very thin. The vet estimated she needed to gain at least 50 pounds! For Hazel, that was 25% of her body weight. Hazel was put on antibiotics for the infection, MSM to help her joints, a blood builder for her anemia, and a special diet to help her gain weight safely. Her feet needed attention, of course, and after the farrier finished trimming her long hooves, Hazel laid her head on his lap. Hazel needed a permanent home where her special needs could be met…How could we refuse to help this sweet little mini? We said yes, she can come to the Sanctuary, but still, poor Hazel had several ups and downs…It would be four long months before the vet felt she was strong enough to make the four-hour trailer ride to Red Bell Run, but she finally made it!

…and now Hazel is a very happy girl!

Hazel is now a beautiful spotted Appaloosa miniature horse with a gorgeous, luxurious tail. She is doing well health wise now and is happily living with her friends at the Mini Heaven Barn at Red Bell Run. She is quite a spicy little character and has an opinion about everything!