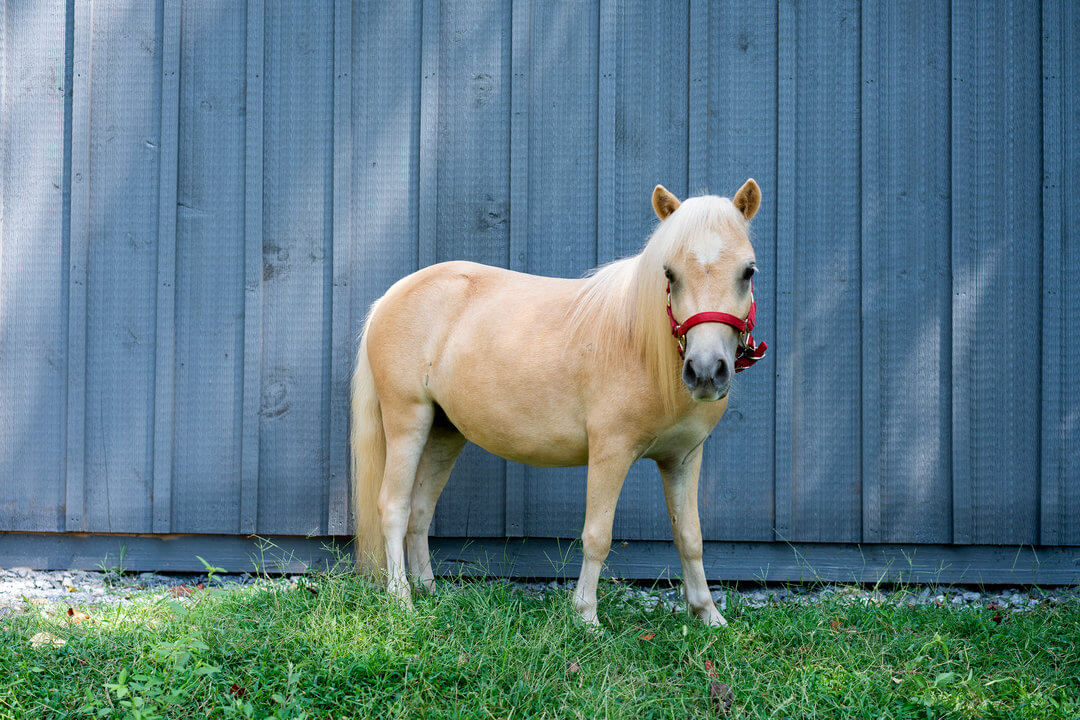 Our friend Celine Myers of the Ark Watch Foundation was notified of some minis in need, Clara and her 5-day old foal Justin. At the same time this pair was spotted it became clear that there was a small palomino mini horse foal and her dam, a black mini mare, who were in similar jeopardy. As herd animals, the two mares would fare better if they had each other for company. The two foals would also have a better chance of surviving if they each had another little friend to play with. So the rescue plan was expanded to include Hannah and her dam Daphne.

A vet came to examine the two pairs within hours of their transport to a foster home. Blood was drawn and lungs were scanned. The lung scans revealed that all the animals had pneumonia and a series of antibiotics were given to combat the respiratory issues. It took six months before this group of four minis were strong enough to travel to Red Bell Run. After a 2 day trip including an overnight in Alabama they arrived at the Sanctuary. All four minis have flourished at Red Bell Run after many months of recovery from various illnesses, ailments and prior neglect. Hannah has an insatiable curiosity about everything, tons of energy and an adorable personality! She is one of our Red Bell Run ambassadors and you can often see her at various community events that we attend. 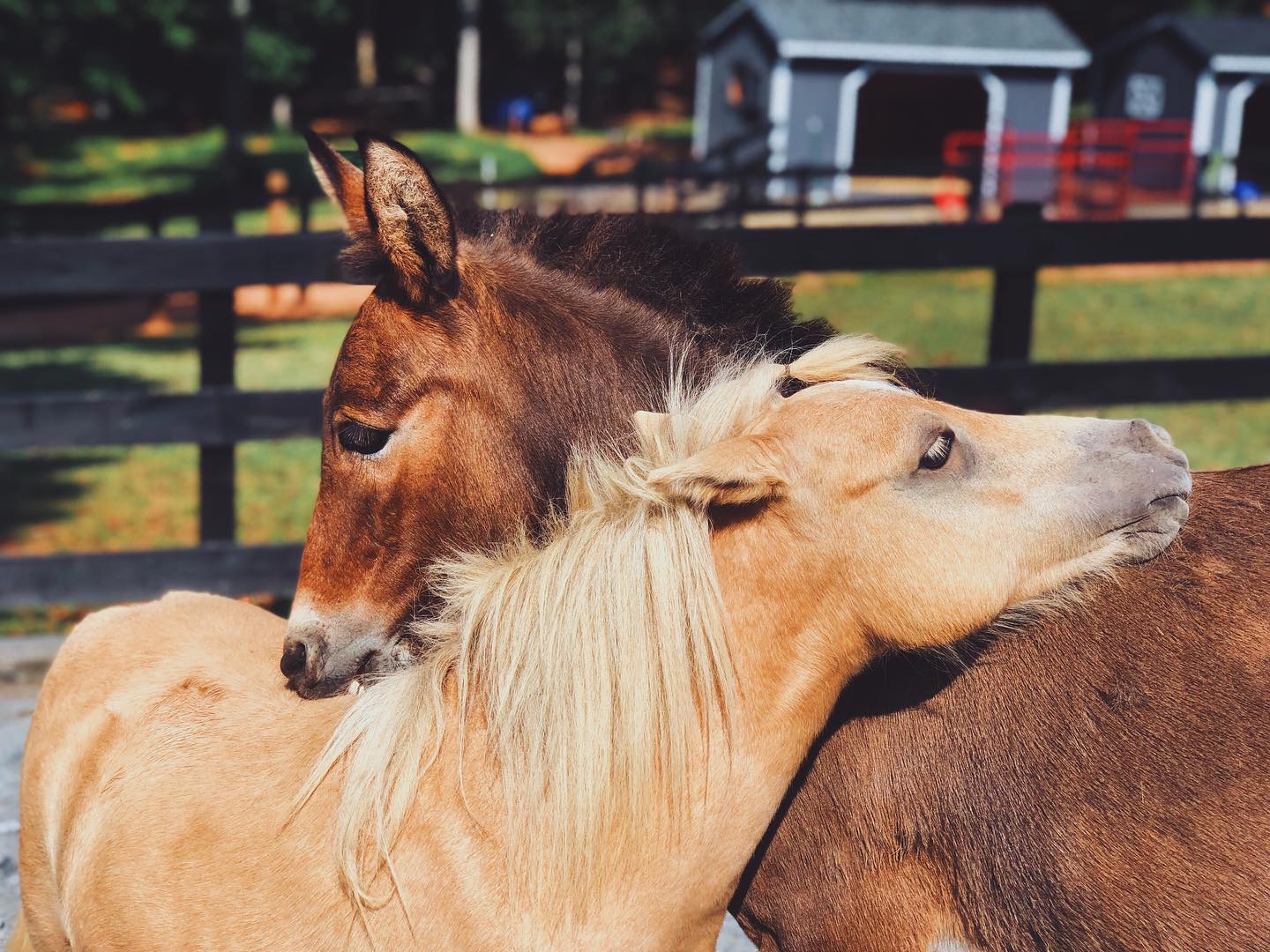 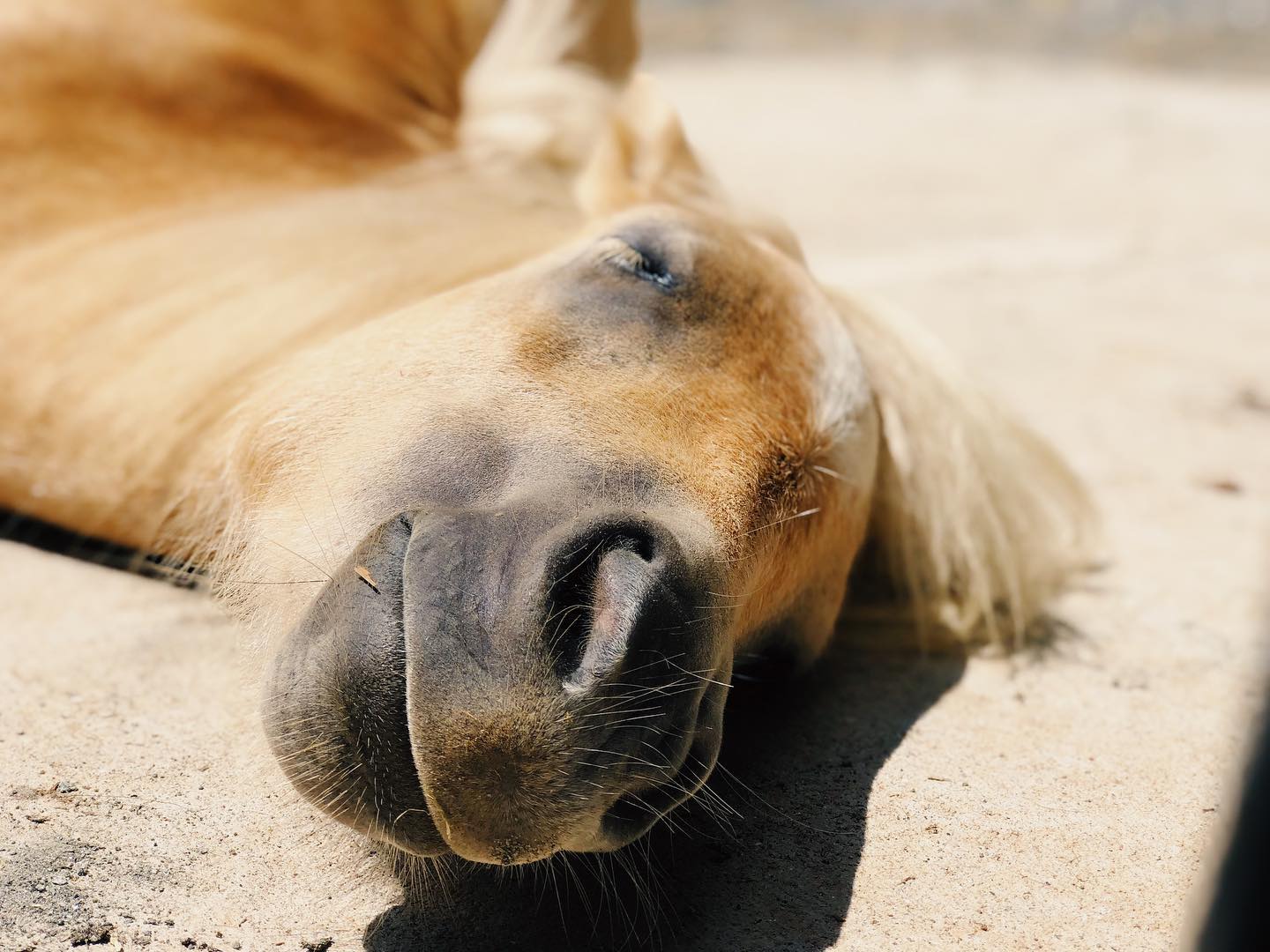 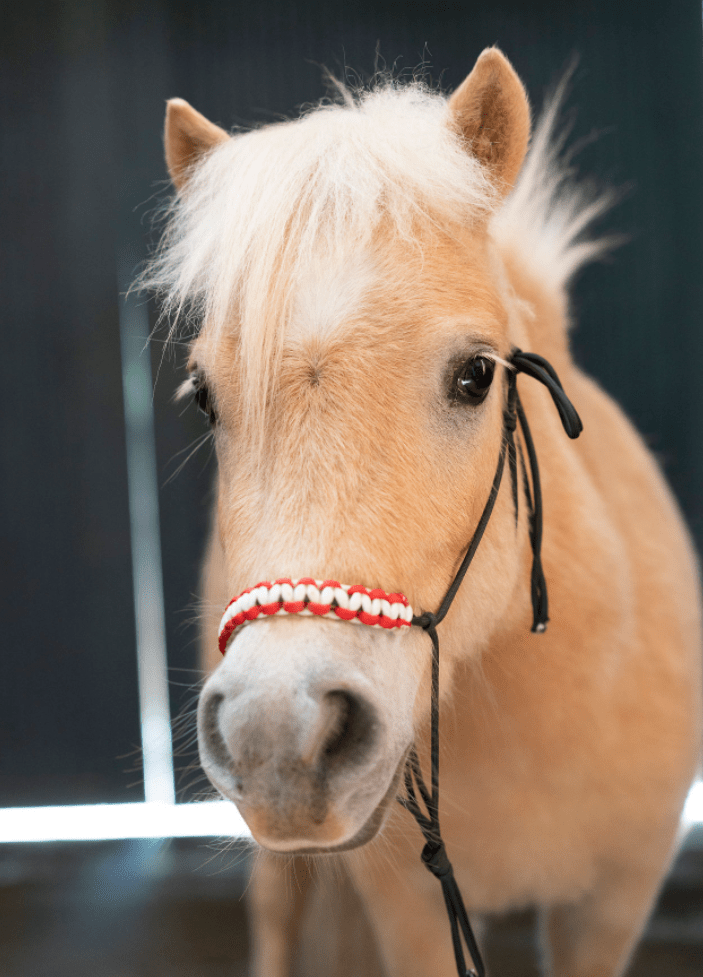 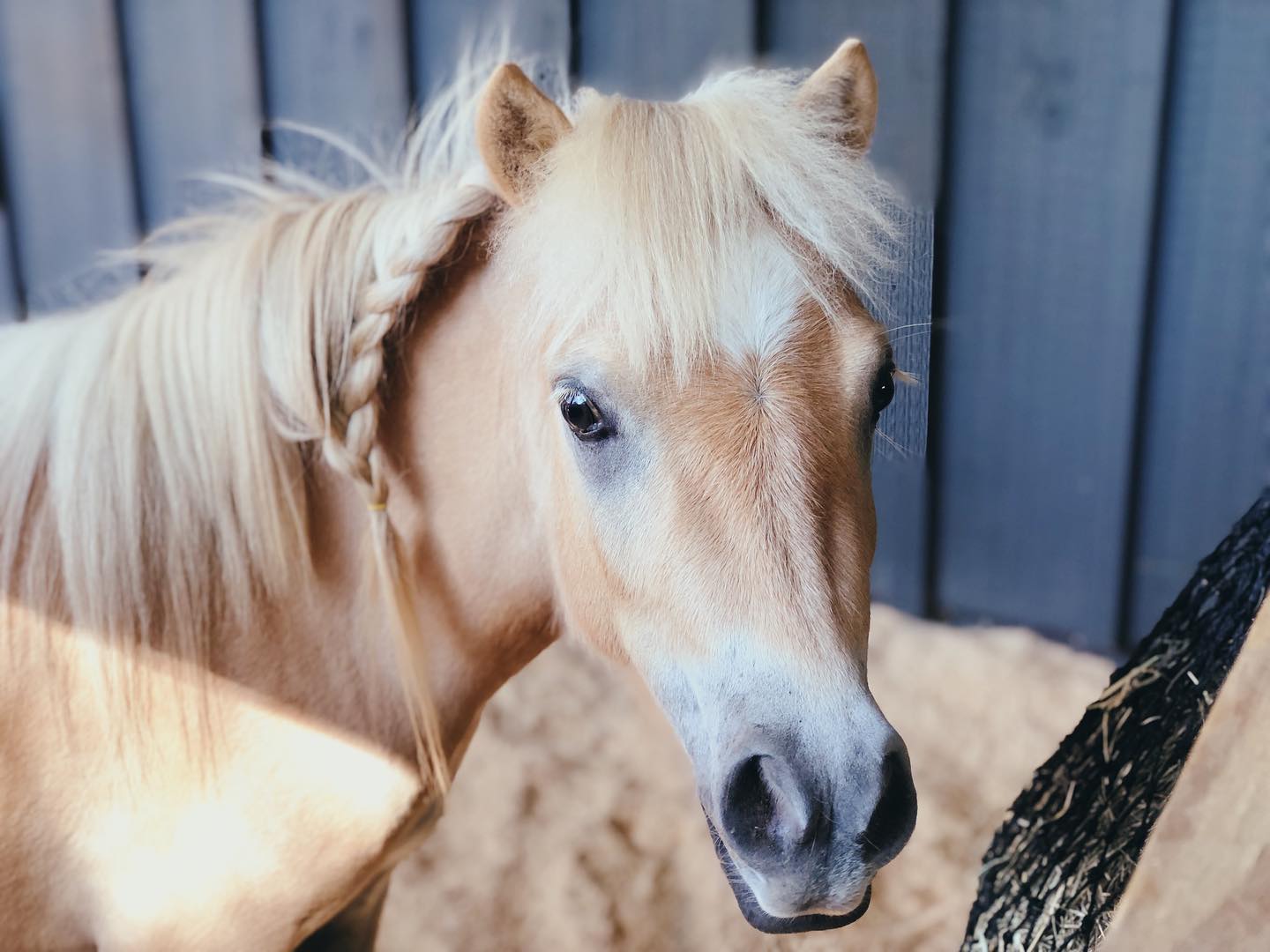 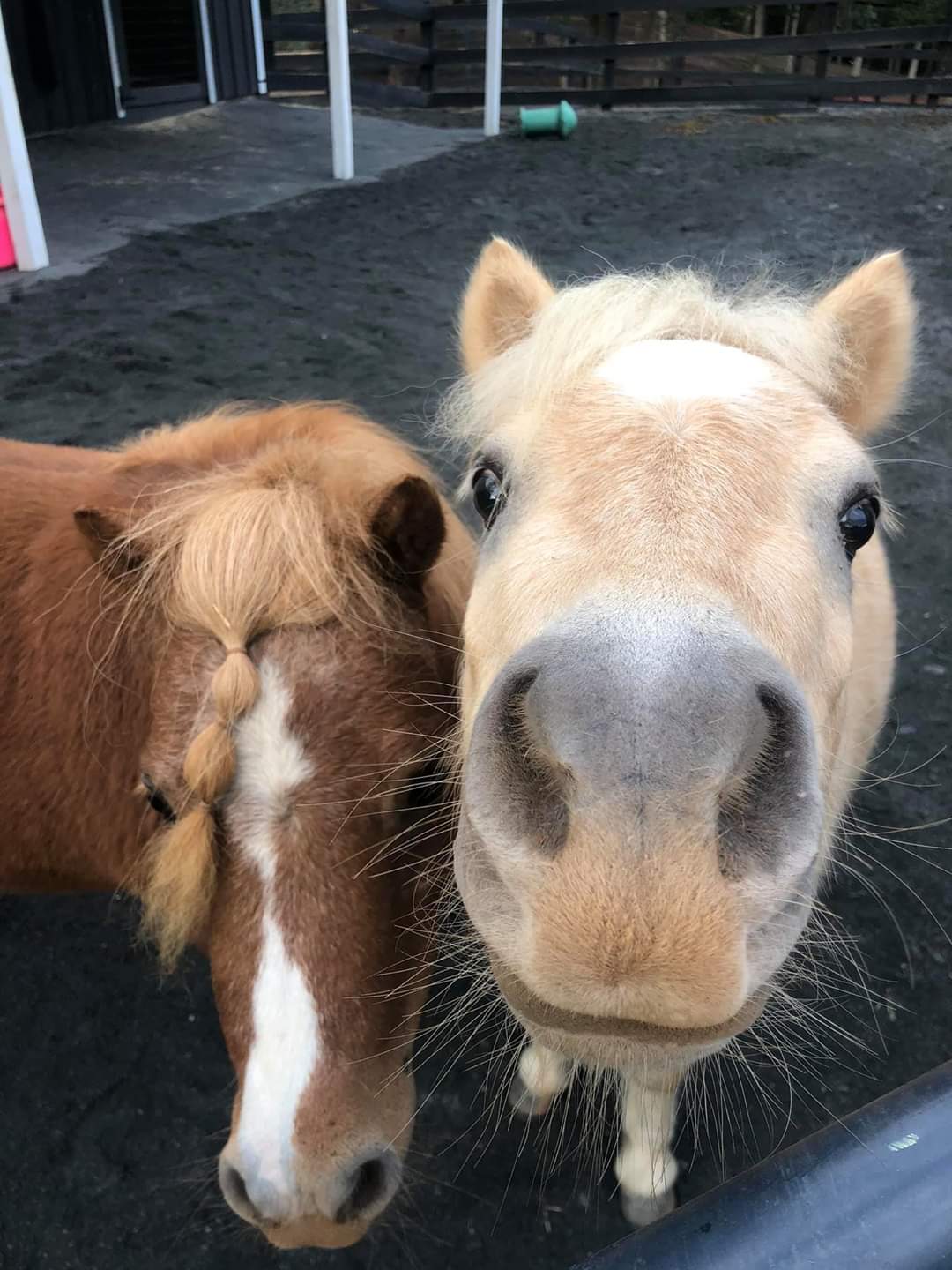