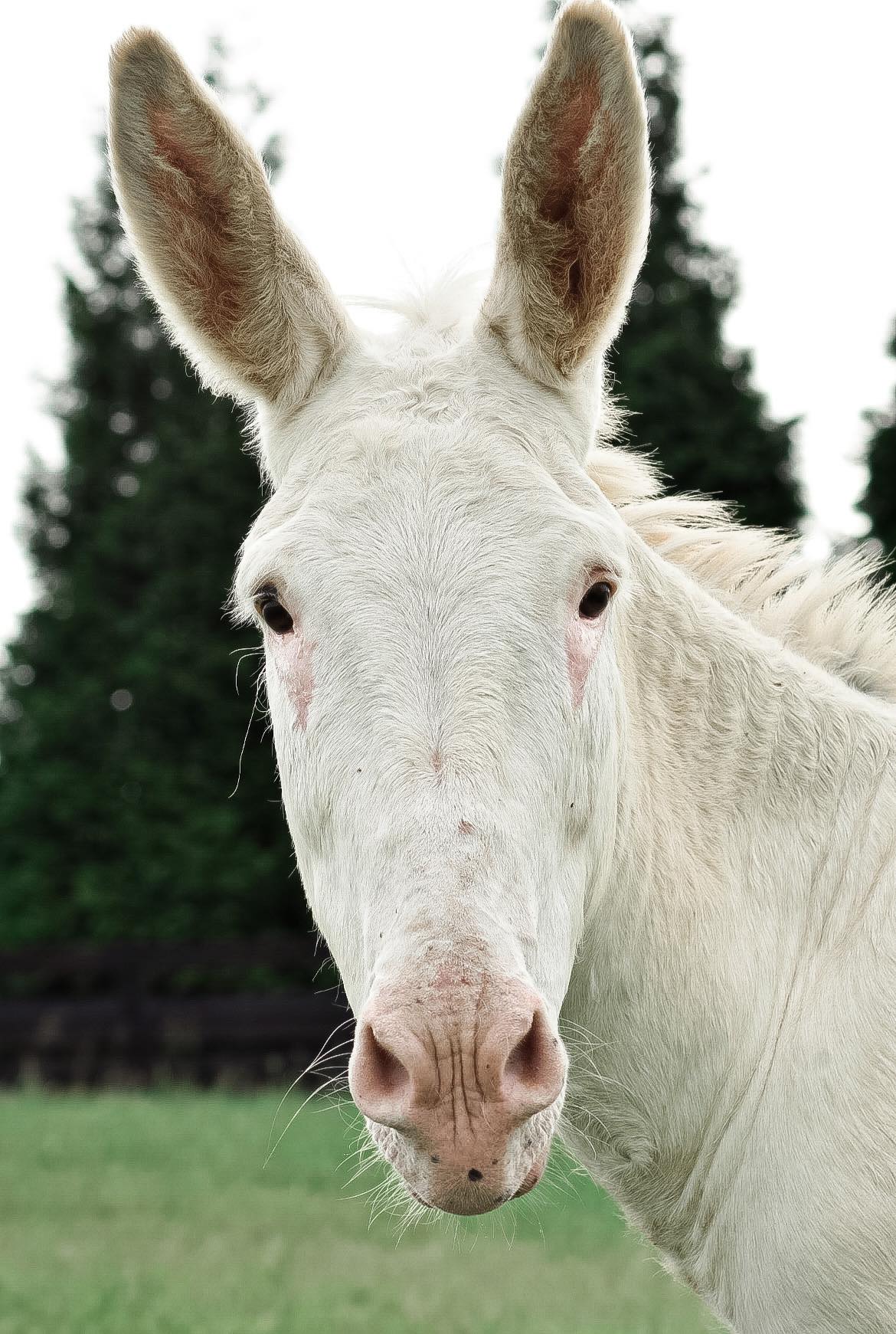 Gus has quite a tale to tell. He was loaded on a trailer heading to auction and an unknown fate when the driver stopped at a gas station. An elderly gentleman happened to see Gus, who is relatively rare in the donkey world since he has a brilliant white coat, and asked where they were taking him. Upon learning that Gus was being disposed of, the man asked if he could have him. The answer was yes, so Gus was taken to his home. Unfortunately, Gus’ new home didn’t have fencing appropriate for a wily donkey and soon Gus was running the roads of Anderson County, NC, and making a general nuisance of himself. Animal Control was called and after consultation with Gus’ owner, Gus was surrendered to Anderson County.

Red Bell Run was asked to take Gus as he was unhandleable and had some skin and eye issues that desperately needed to be addressed. From months of sunlight exposure Gus’ eyes had chronic conjunctivitis and were very painful. it turns out that poor Gus is albino (or nearly so) and requires daily care and a special fly mask to protect his skin and eyes from the sun. He would require several weeks of special treatment for the skin under his eyes (which had been scalded by constant drainage from his eyes). His poor nose also showed the effects of being exposed to the sun. Daniel Martinez, our expert donkey wizard, and the staff the the Trailside Barn started training Gus to make it possible to give him the care he needed. Several months later Gus’ eye issues are under control; Gus has learned to enjoy being grooming; and our staff is even able to pick his hooves with a little patience. Although Gus will have to have lifelong care for his condition, he is now happily living with his friends at the Trailside Barn and becoming a model citizen. 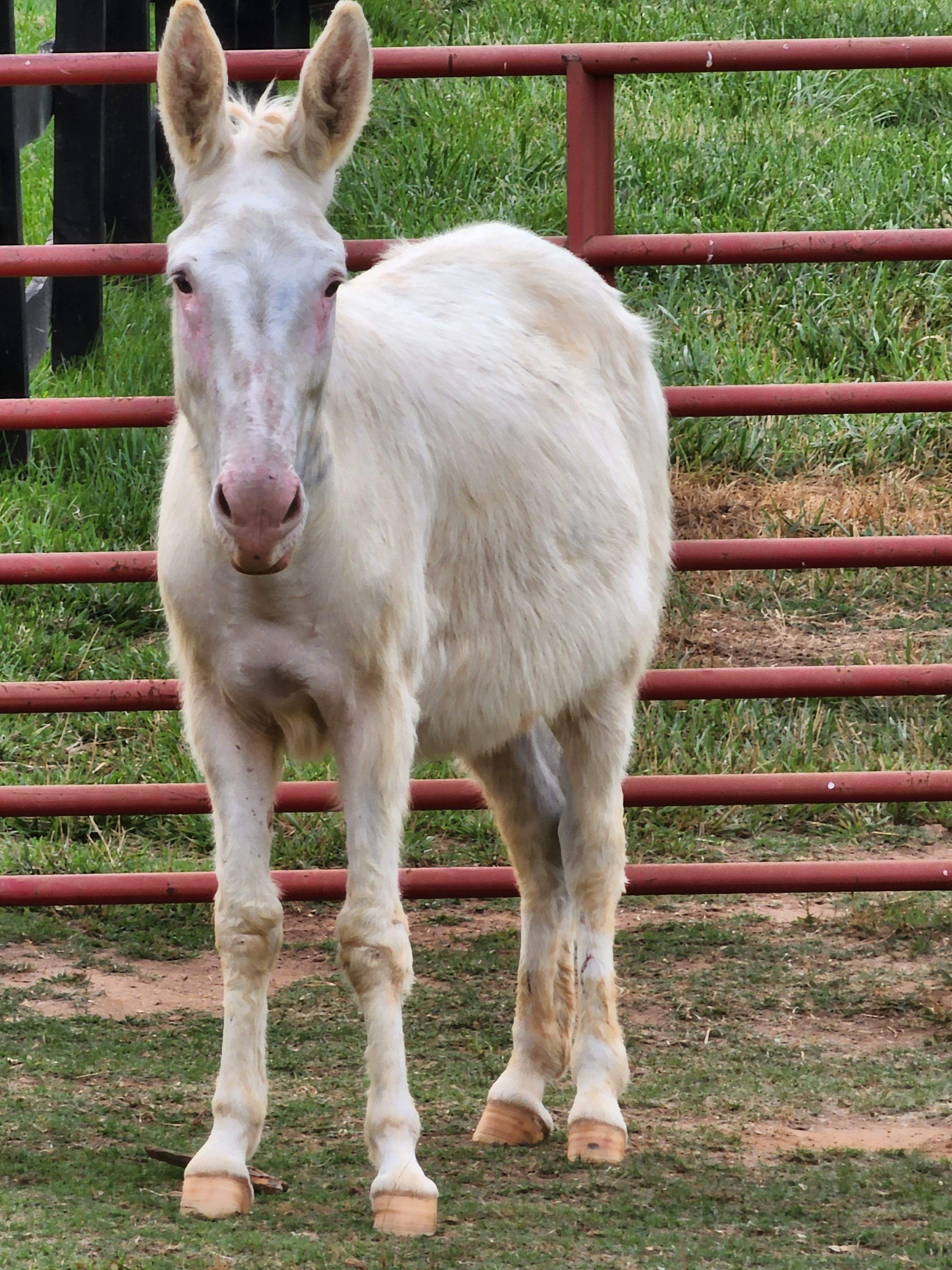 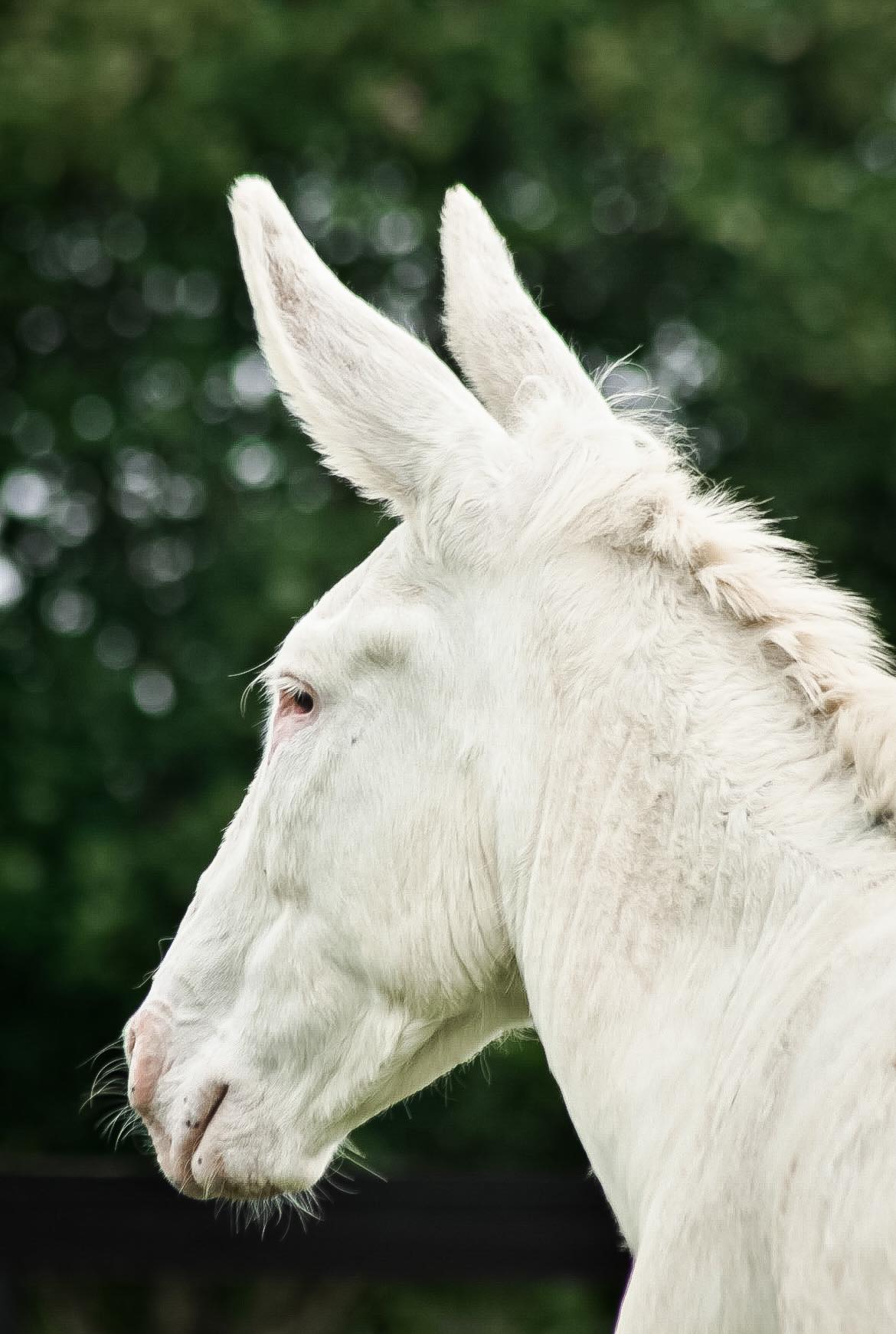 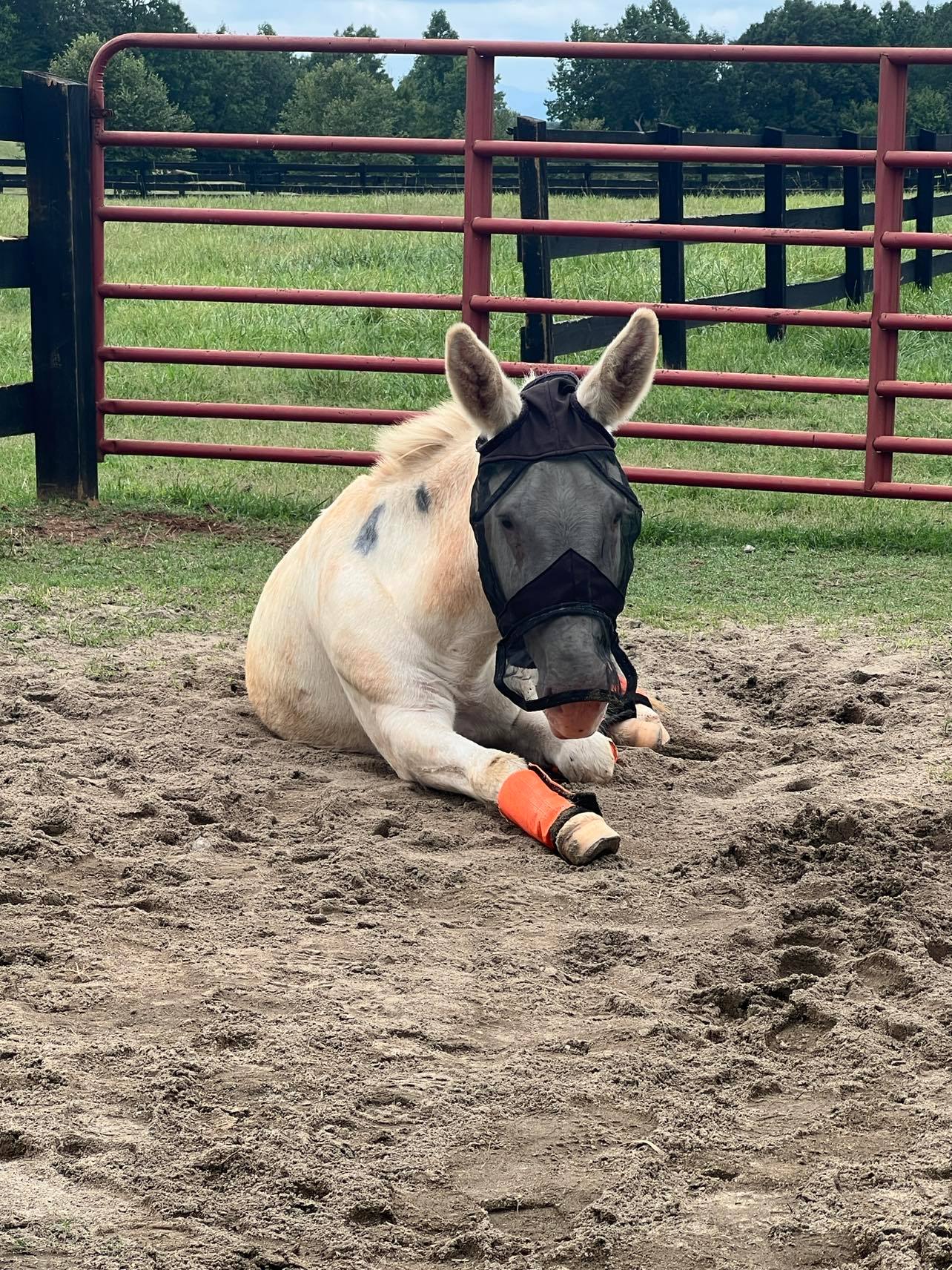