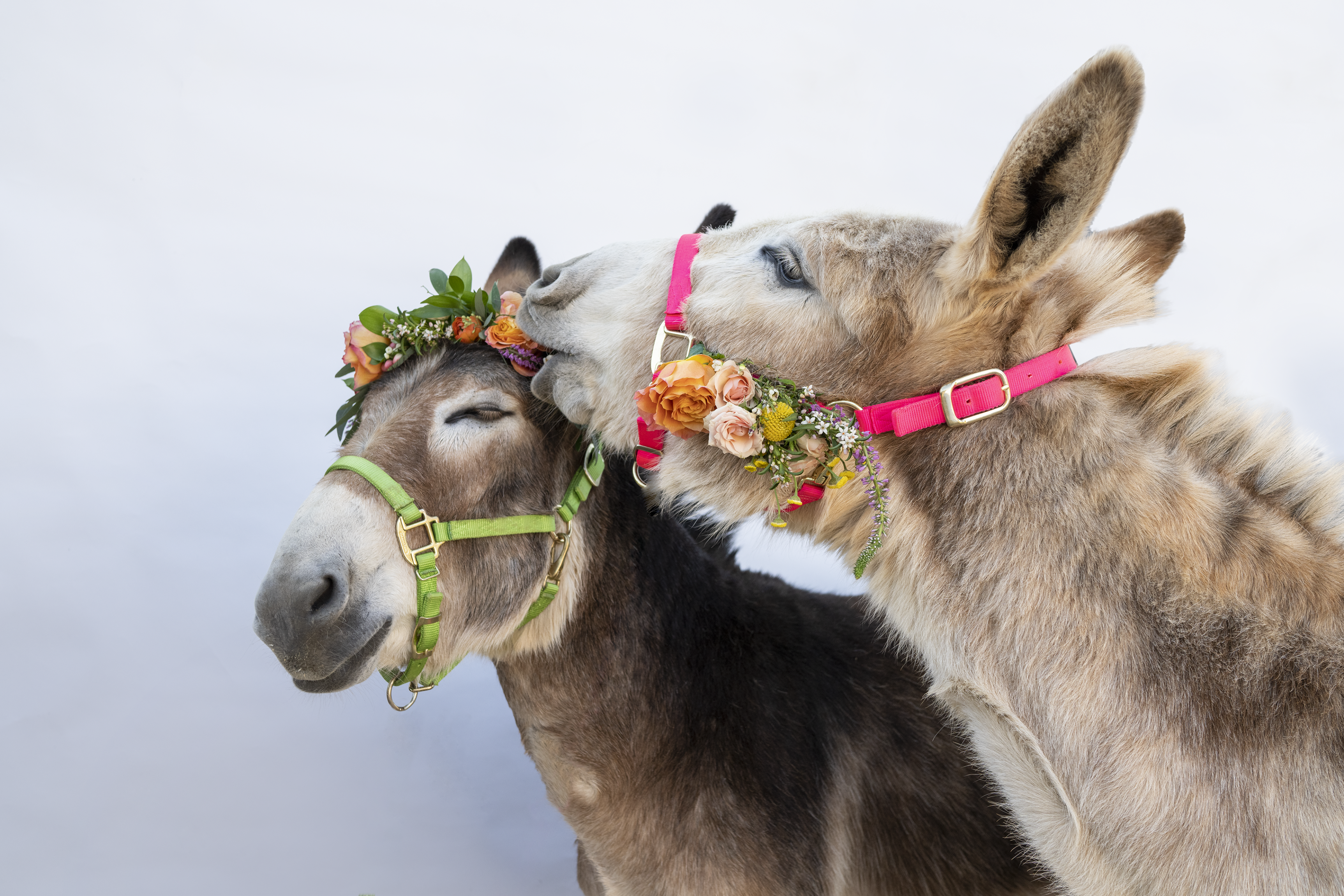 Ella Grace’s mom, Gracie, had been left to fend for herself with several other donkeys by an uncaring owner. Once the grass was eaten in their pasture the entire herd escaped the broken-down fencing in search of food. The two jacks in the herd (Vinnie, Ella Grace’s sire, and his partner Buddy Jackson) plus the three jennies wandering the roads and upsetting all of the neighboring equines didn’t go over well. The neighbors called Gracie’s owner and asked him to retrieve his donkeys. Sadly, the owner roped Buddy Jackson and proceeded to drag him down an asphalt road behind an ATV. You can imagine the damage that was done to poor Buddy Jackson. The neighbors were, of course, outraged, and called the authorities and ended up taking in all of the donkeys (Vinnie, Buddy Jackson, Ruby, Moonshine, and Gracie). Needing help, they reached out to us. The entire herd came to Red Bell Run to be properly cared for; they were all refed and dewormed and Buddy Jackson endured two months of ongoing treatments for his mangled legs. Then we realized that the herd of five was going to be a herd of seven!

It wasn’t long before Gracie began to have that “swallowed a giant pumpkin” look. The problem was that the herd had been on fescue pasture. Fescue has an endophyte on the grass blades which causes many issues with equine pregnancy including lack of lactation and thickened placentas. Knowing of Gracie’s neglect during most of her pregnancy, we sent her to Tryon Equine Hospital to ensure that help was on hand when the baby arrived.

In due course our Ella Grace made her appearance and it was immediately obvious that Vinnie was the lucky dad! They are the same beautiful red color and have striking white blazes on their faces. Ella Grace also had the longest ears of any baby donkey we’d ever seen! She did have some issues with her immune system because of fescue toxicity and received a plasma infusion before coming home, but is now thriving and healthy.

Ella Grace has become one of our “superstars” and was recently featured in a local art show. She is as sweet as she is beautiful and lives with her mom Gracie and her best friend Early in our Trailside Barn. 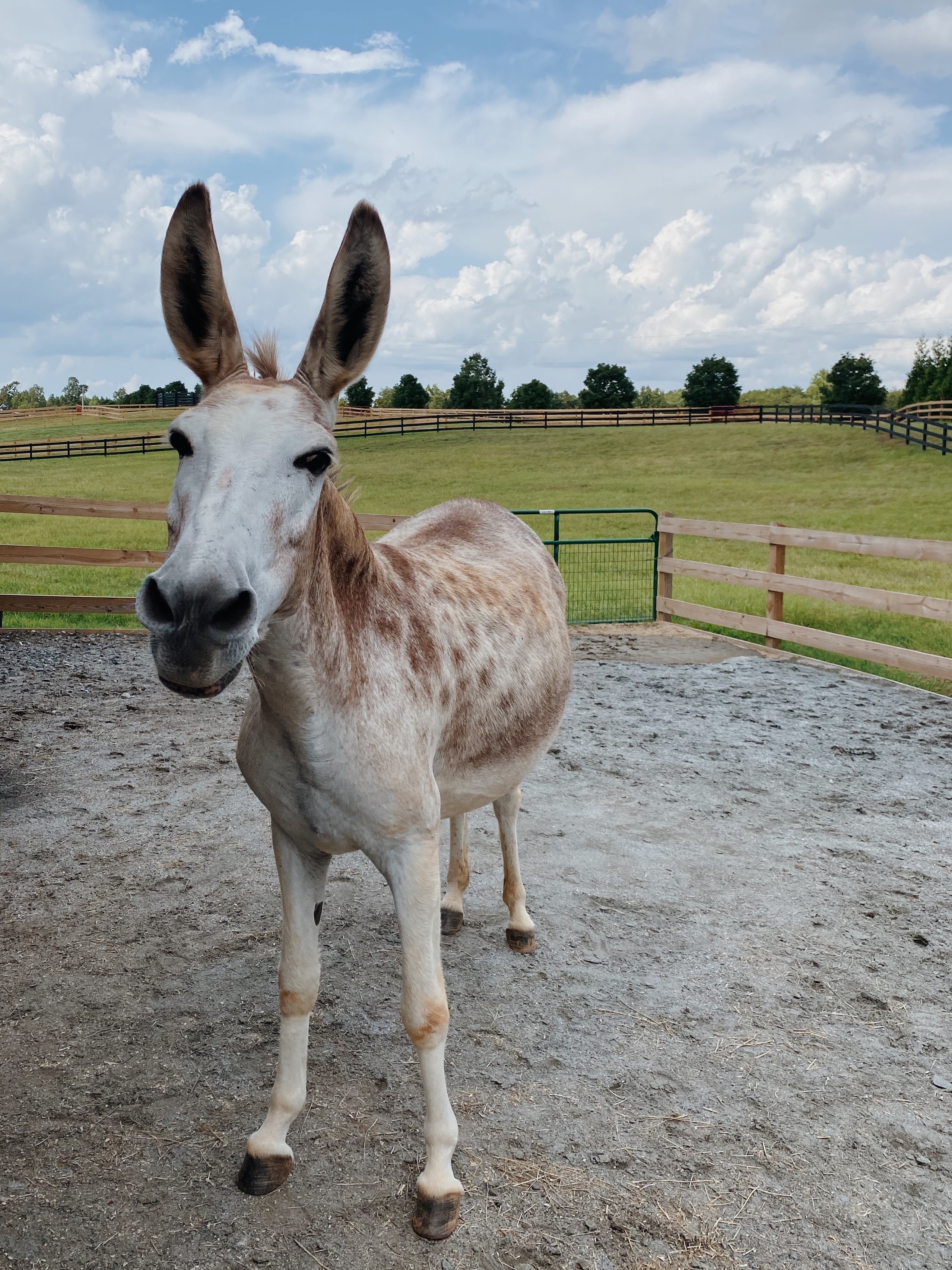 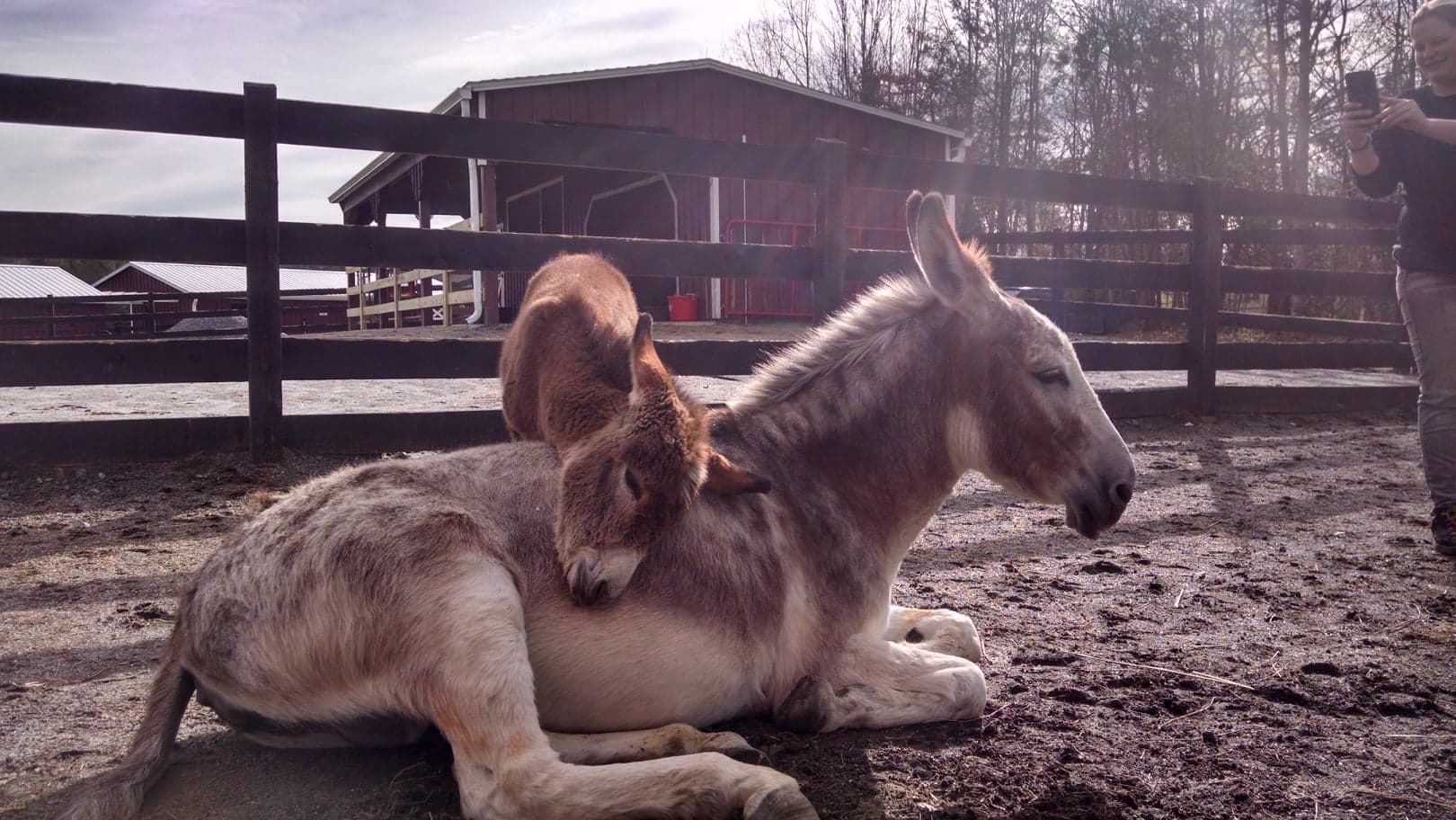 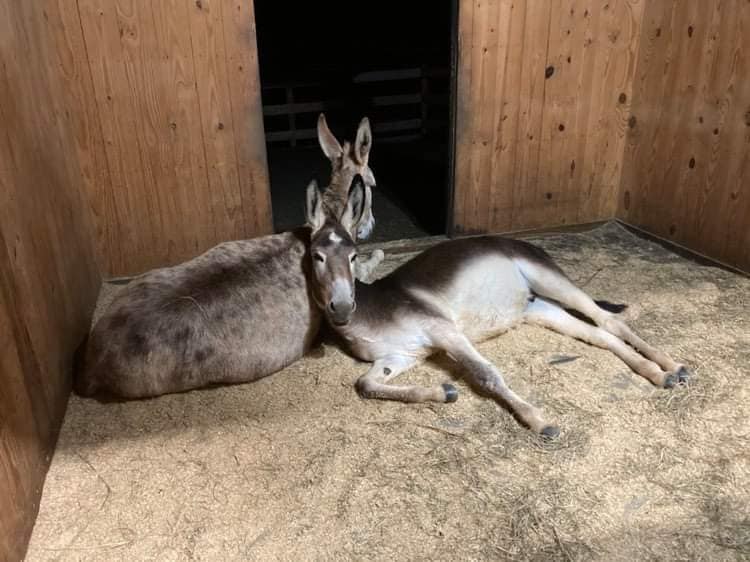 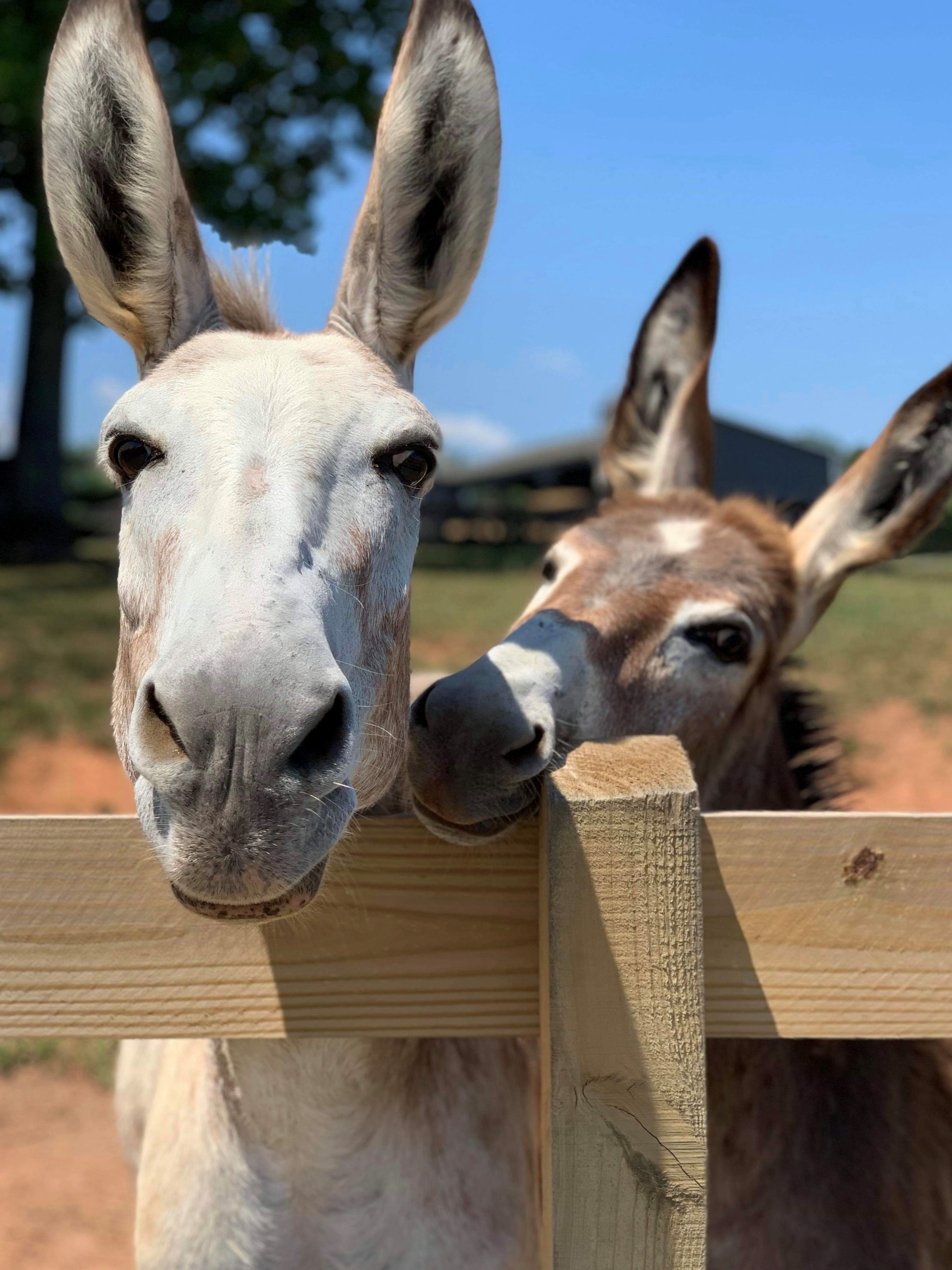