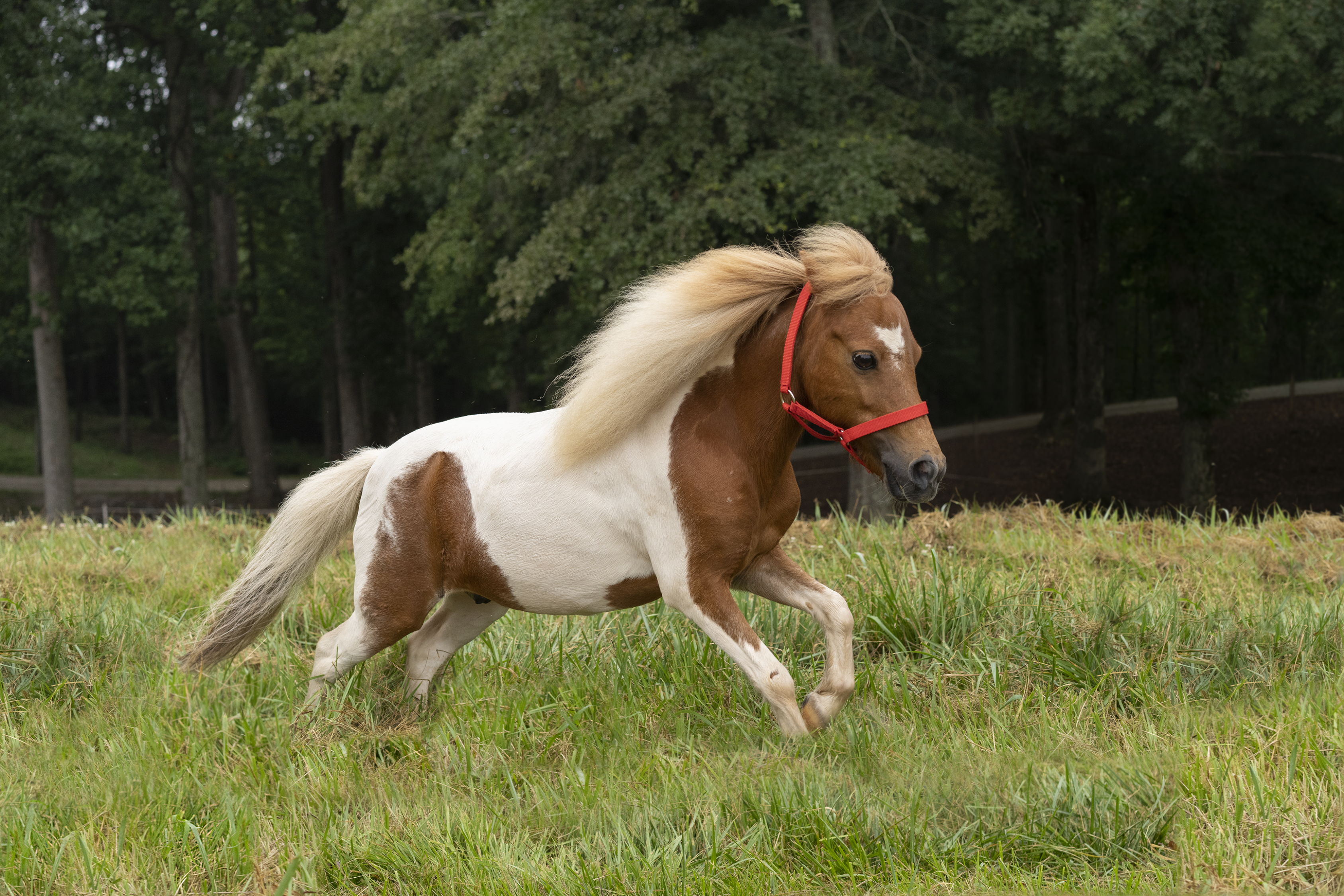 Desi is part of a mini due named “Desi and Luci” of course! Desi was destined to be “big cat food” and had been purchased for that purpose in Kentucky along with a group of other minis destined for the same fate (all of whom are happily living at Red Bell Run). He and the others were awaiting pick up by the cat man when a Kentucky rescue saw them, purchased the whole group and asked if Red Bell Run would give them Sanctuary. There were several in the group with health issues, including little Desi. The entire group was put into quarantine in Oklahoma for an extended period before coming to Red Bell Run. Meanwhile, in Louisiana a small herd of minis including a black miniature mare named “Luci” were languished in a field, covered in rain rot and close to starving. The Humane Society of North Texas became involved and brought the entire group to their facility in Texas for rehabilitation.

Desi and his friends finished quarantine and were sent to the HSNT facility in Texas to await transport to Red Bell Run. There, the stars aligned and Desi met Luci. It was love at first sight. The HSNT director called and asked if Desi’s girlfriend Luci could accompany him to Red Bell Run. How could we possibly say no? Desi’s health issues are under control, Luci is the love of his life (she’s an older woman) and both live happily in adjoining stalls at our Mini Heaven Barn. 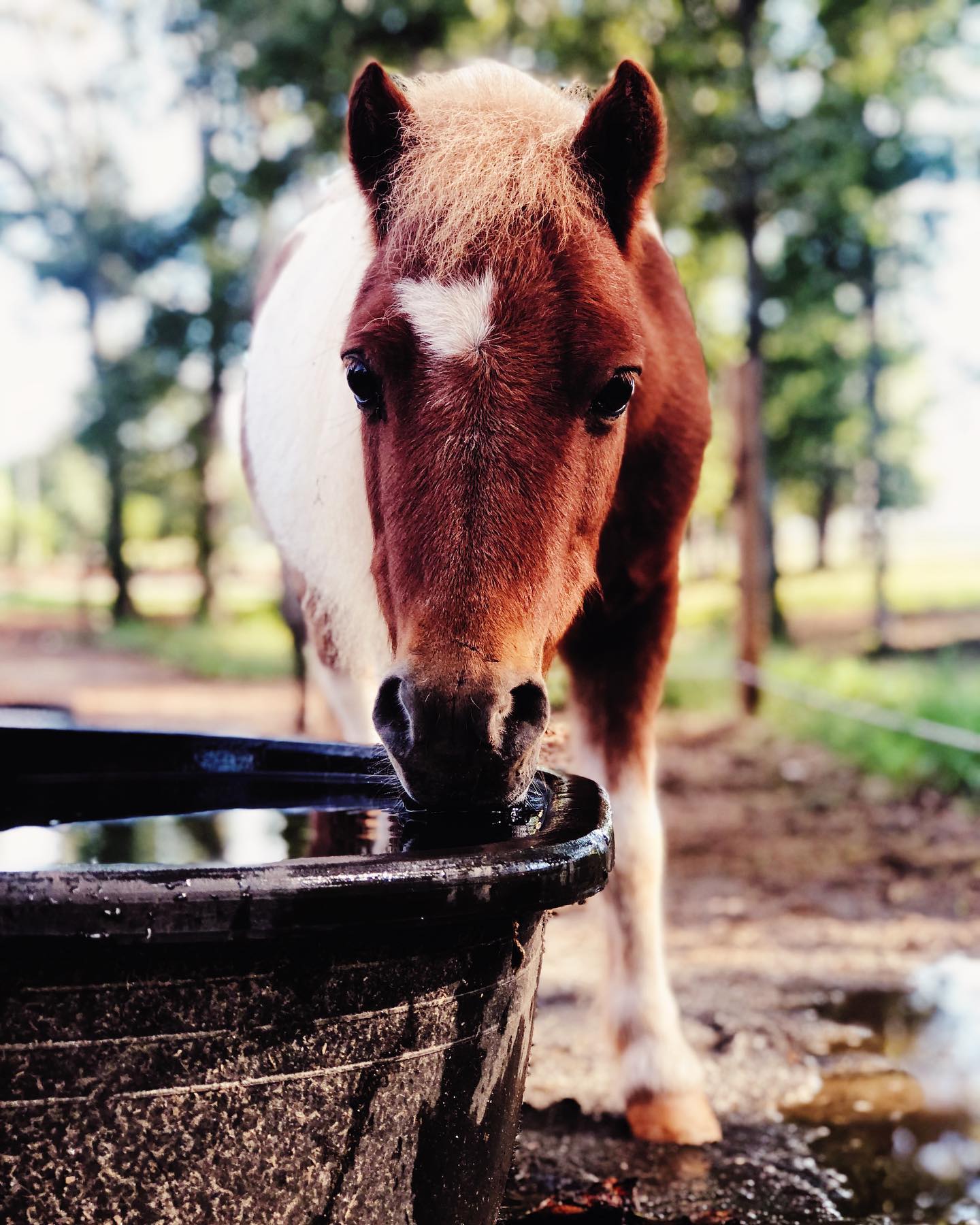 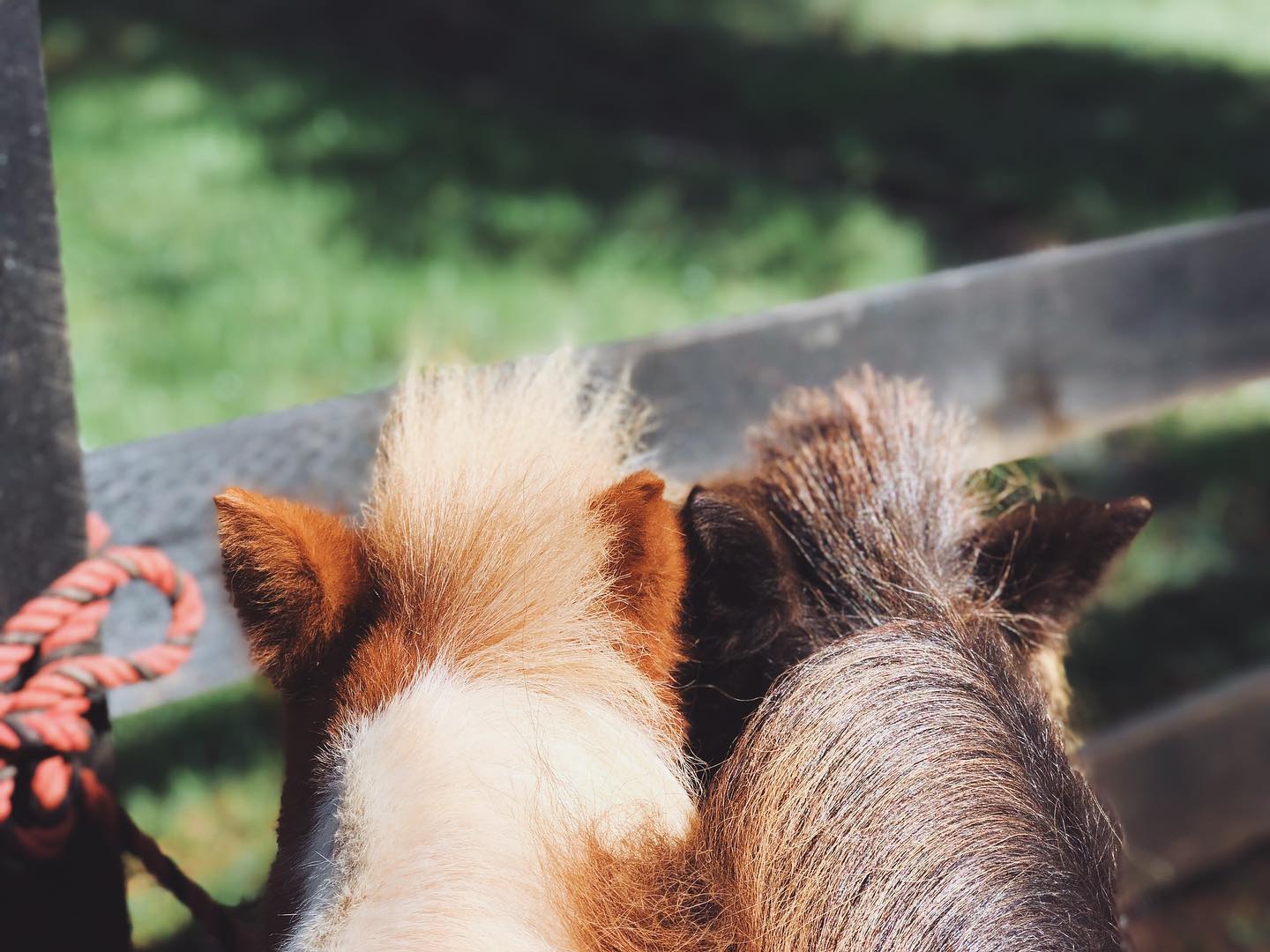 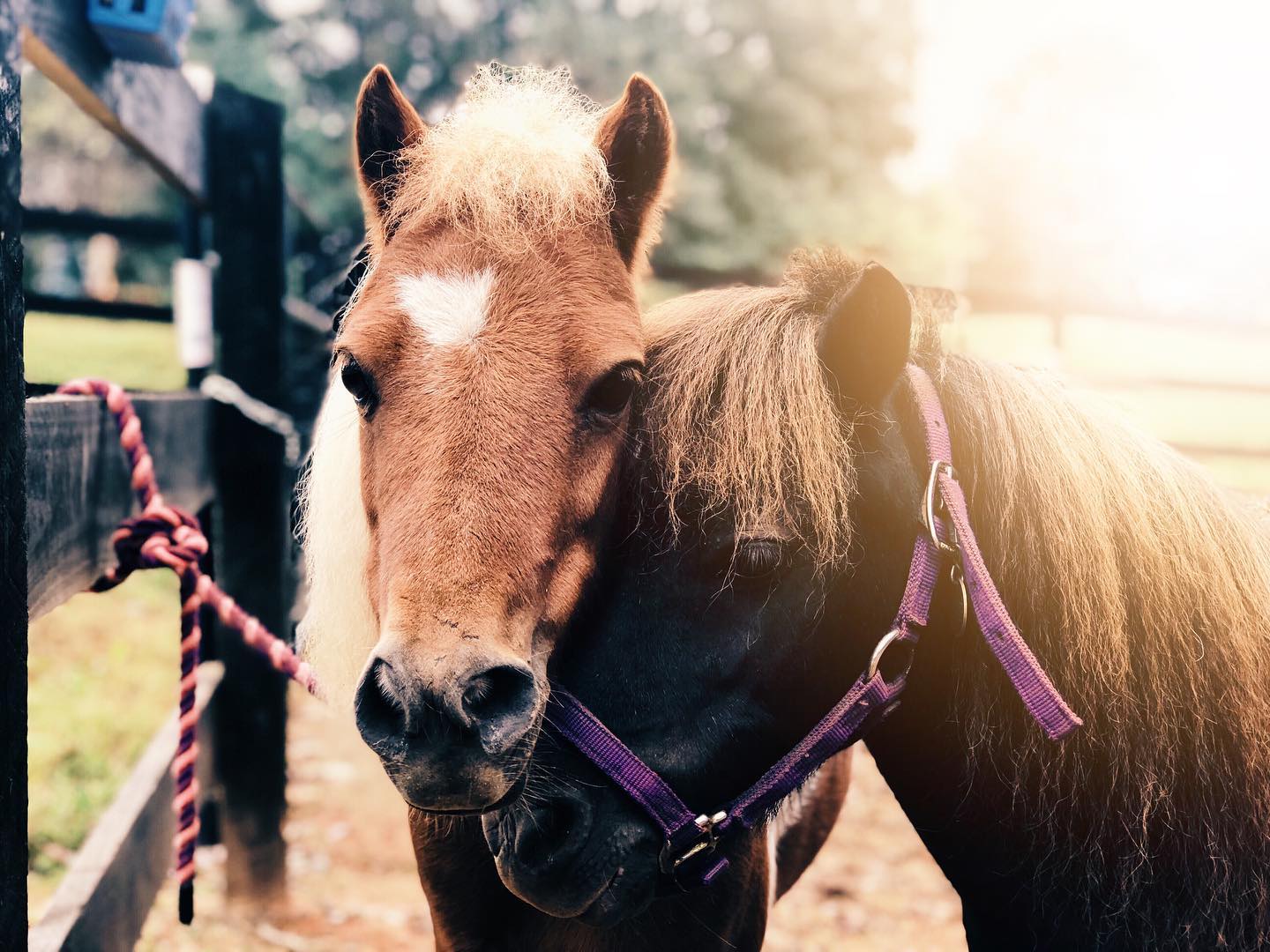 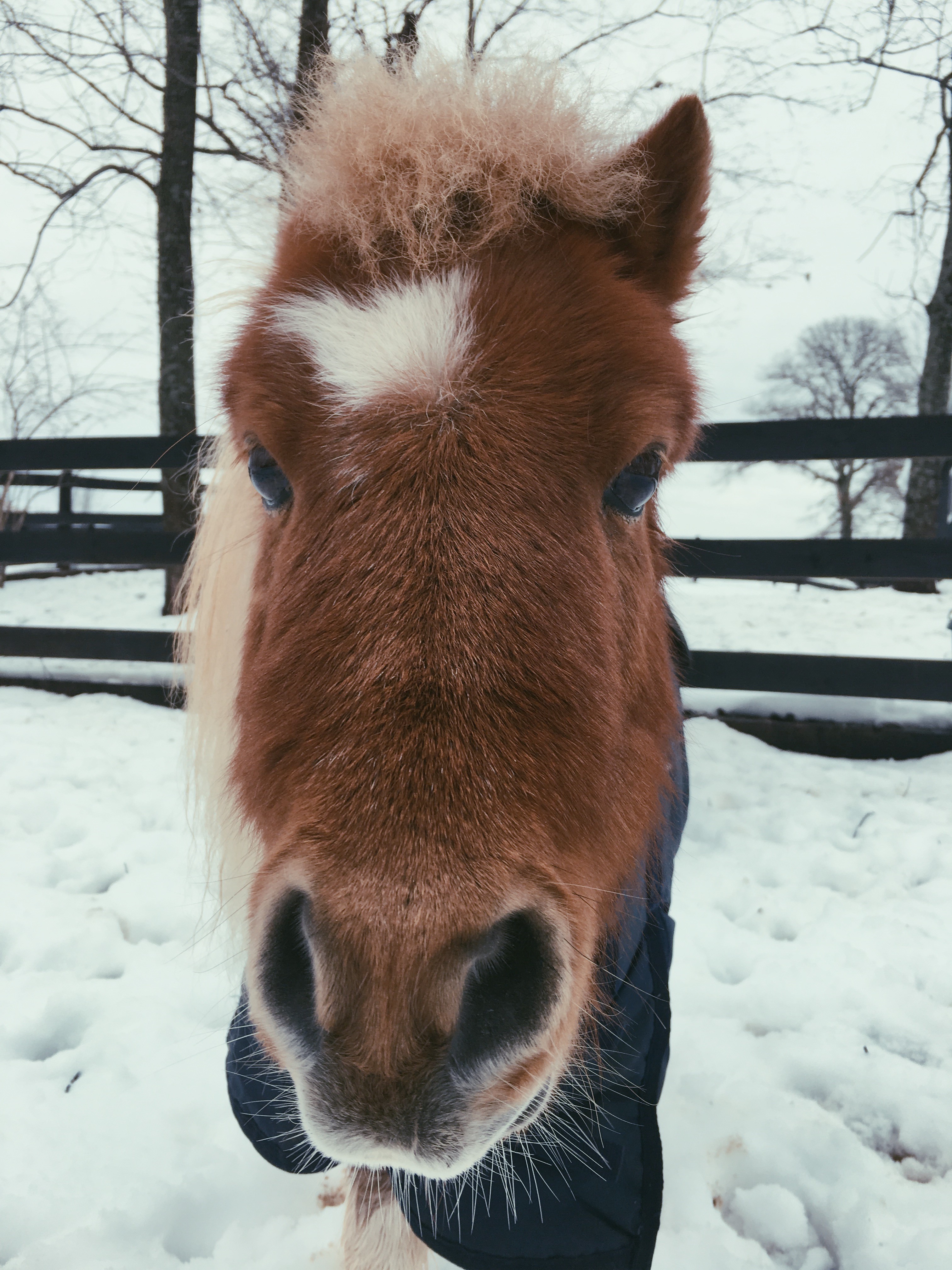