In November of 2015, Celine Myers of the Ark Watch Foundation happened upon a video of a little black pony gelding in the Bastrop, LA feedlot who was clearly in need of help. The pony was coughing profusely, with a force that erupted from the depths of his being. There were copious amounts of discharge coming out of his nose. Not only that, the poor pony was being forced to carry not one, but two, children on his back! The feedlot manager wanted to show that this little gelding was rideable even though the pony couldn’t breathe at a standstill. The last thing he needed was to carry weight on his back. The feedlot manager said that the pony had been used as a “carousel pony” giving rides to children.

Celine quickly arranged for the pony to be picked up and taken to a vet where he could receive care. She named the pony “Dauceny” after the character “Chevalier Dauceny” in the French play Les Liaisons Dangereuses. She could see that he had good conformation and at one time had been a beautiful pony! Dauceny was examined as soon as he arrived at the Reata Equine Clinic in Weatherford, TX. His bloodwork showed he was anemic and his white blood cell count was low, indicating his body was having trouble mounting an immune response. The vet heard crackles and wheezes in both of Dauceny’s lungs and some rattling in his trachea. A lung ultrasound displayed abscesses in his left lung. Dauceny was also much thinner than he had been in the video which often happens in feedlots…often they aren’t fed and if they are, the weaker ones are hazed off the food by bigger equines. Another day or two without treatment and Dauceny would have been dead.

Thankfully, Dauceny received the appropriate medical treatment in time and the vet was able to save his life. In the months to come, Dauceny would enjoy plenty of fresh alfalfa, coastal hay, feed and supplements to nourish and revitalize his body. His respiratory issues eventually resolved and an ultrasound showed that Dauceny’s lungs were clear. When he was completely well, Dauceny and another little black pony saved by Ark Watch, Tessa, were introduced to each other at the vet clinic. By now, Dauceny had come back into his full glory and we were able to see just what a stunningly beautiful pony he is.

Celine and Mary Adams discussed little Tessa’s future, and Dauceny’s as well. It was decided that the two little black ponies would come to Red Bell Run to be sanctuaried together. In March of 2016, Dauceny and Tessa were taken to the Red Bell Run facility in Florida. They settled in well, and when Red Bell Run opened the Sanctuary in North Carolina, Tessa and Dauceny were among the first residents. While our Tessa (who was extremely old) has since passed away, Dauceny lives with his friends KitKat, Findley and LeRoi at our Laughing Ponies Barn next to the vineyard. They have a track that they play on during the day as well as beautiful grass paddocks and thoroughly enjoy their lives at Red Bell Run. 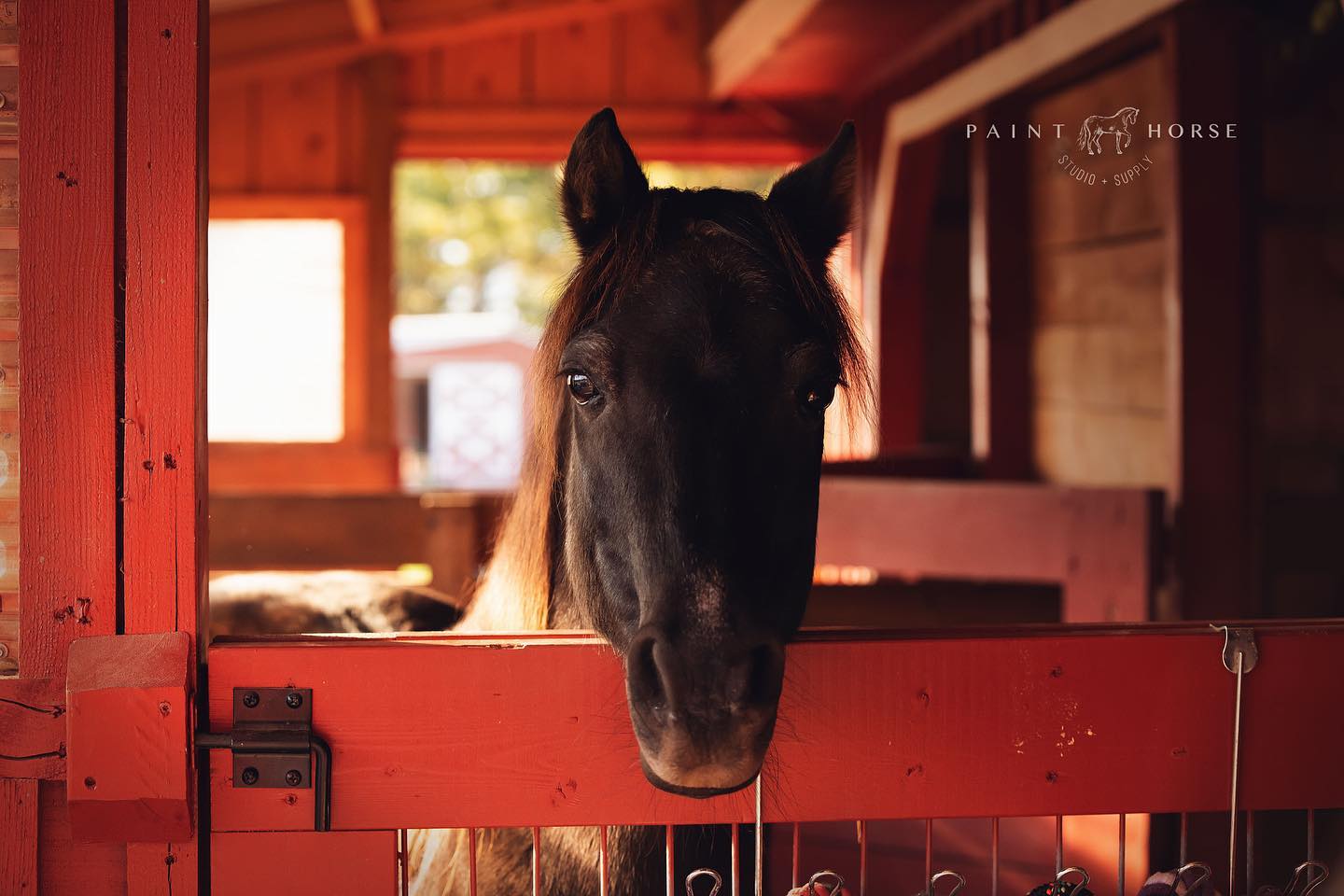 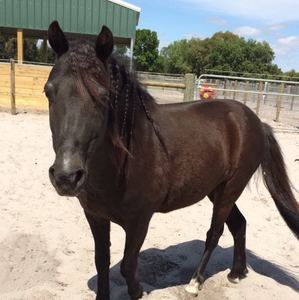