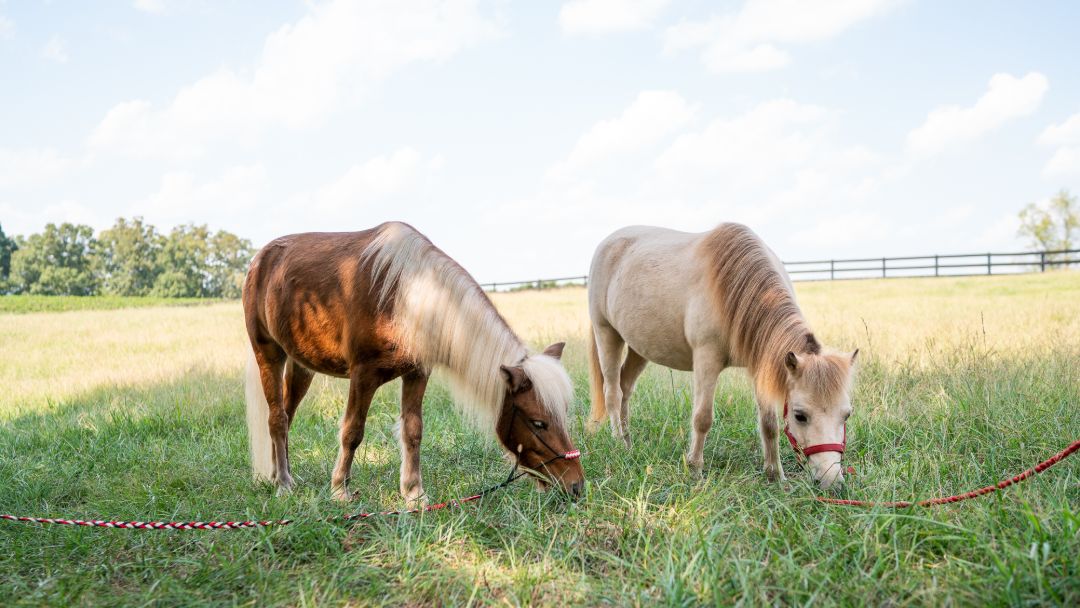 Justin was a 5 day old, very tiny, miniature horse curled up like a puppy in the dirt at an auction house in Mississippi.  The foal was lying in a virtual “Petri dish” of filth and disease.  It was obvious that if someone didn’t get the foal and his dam (named Clara) out of there immediately the foal would be dead within a couple of hours.

At the same time this pair was spotted it became clear that there was a small palomino mini horse foal and her dam a black mini mare who were in similar jeopardy.  As herd animals, the two mares would fare better if they had each other for company.  The two foals would also have a better chance of surviving if they each had another little friend to play with.  So the rescue plan was expanded to include Daphne and Hannah.

A vet came to examine the two pairs within hours of their transport to a foster home.  Blood was drawn and lungs were scanned.  The lung scans revealed that all the animals had pneumonia and a series of antibiotics were given to combat the respiratory issues. Clara had been extremely stressed at the auction house and Justin was not nursing as much as he needed to.  He was dehydrated and weak and would not have survived there for much longer.

It took six months before this group of four minis were strong enough to travel to Red Bell Run.  Justin and Clara had liver issues probably due to eating toxic weeds on pasture the winter before she was discovered and the toxins crossed through the placenta and had affected little Justin’s liver while he was still in the womb.  He also developed a virulent E-coli infection which luckily was treated before he had significantly declined again.

After a 2 day trip including an overnight in Alabama they arrived at the Sanctuary.  Upon arrival it was determined that Justin again had pneumonia as well as a dangerously high ascarid load which probably contributed to it.  He went to the veterinary hospital where he remained in intensive care until he pulled through.

All four minis have flourished at Red Bell Run after many months of recovery from various illnesses, ailments and prior neglect.  Justin is a sweet colt that loves to run and play with Hannah.  Hannah has an insatiable curiosity about everything, tons of energy and an adorable personality.  The two moms and these now healthy little minis are enjoying their life in the NC foothills. 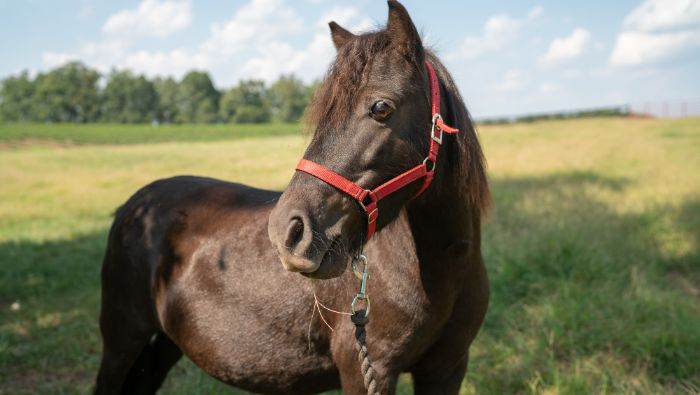 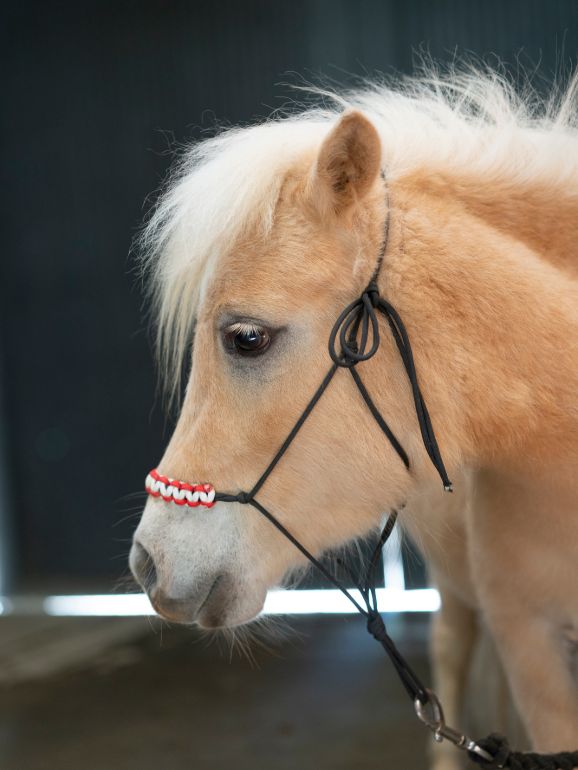 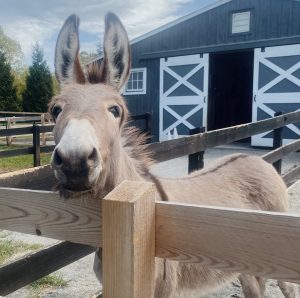