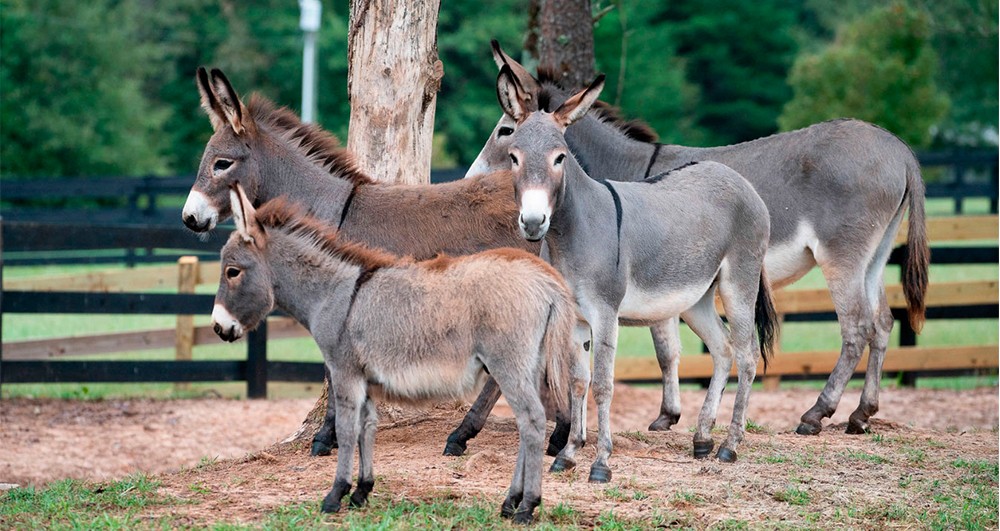 The journey to rescue and sanctuary came when the little ten-day old jack foal (Jasper) and his mother (now Jenna) came to the attention of Turning Pointe Donkey Rescue. Spotted in the Bowie Feed lot it soon became apparent that any attempt to transport the pair a significant distance would certainly result in the death of the foal. Turning Pointe paid the bail for the pair and Ark Watch took it from there covering the transport to Reata Equine Hospital in Weatherford, TX and the medical costs to get these two on the road to health.

The pair were met by the vet team that immediately determined that Jenna’s bloodwork indicated signs of stress from her trip through auction and kill pen with a very young baby in tow. It was also revealed that both donkeys had pneumonia. Luckily, both responded well and within a few weeks vaccines, deworming treatments, hoof trims and more were slowly introduced so they were soon ready to leave their temporary home at the vet clinic.

Within days of taking on Jenna and Jasper a frantic call came into Ark Watch from Turning Pointe about a jenny and newborn foal at a kill pen that was in desperate need of help. The jenny had apparently given birth on the truck and the foal was just a few hours old and very tiny. The vet thought the foal might have been born premature. Although he was trying to nurse, he was having a hard time suckling and it became apparent that nourishment was the priority. After trying to get him to drink failed the vet team decided they would have to tube the foal with a medicinal formula to get vital nutrients into him. To keep her milk stream flowing (Perdita) had to be milked every four hours around the clock. If they could keep the foal (now, Pequito) alive long enough…he’d need to nurse.

Within two days of his rescue Pequito’s bloodwork indicated he was developing additional problems. He would need a plasma transfer, a catheter and various courses of antibiotics to survive. It truly took a Herculean effort on the part of Reata Hospital staff to save the little guy.

As the weeks passed, Pequito began to thrive. It became apparent that he was a feisty little donkey, full of spit and vinegar. When the weather was good Pequito, and his friend Jasper who is just 10 days older than his friend, spent their days running and playing together in a pasture at Reata Clinic waiting for Hurricane Florence to pass so that they could make the trip to the Sanctuary at Red Bell Run where they will eventually join other jennies and their foals in a larger herd group.

Today, Jasper, and Pequito play “Chase” and “Tag” while making their two Moms dizzy as they try to keep their eyes on these two rambunctious boys! The Silo Barn at the Sanctuary is their forever home. 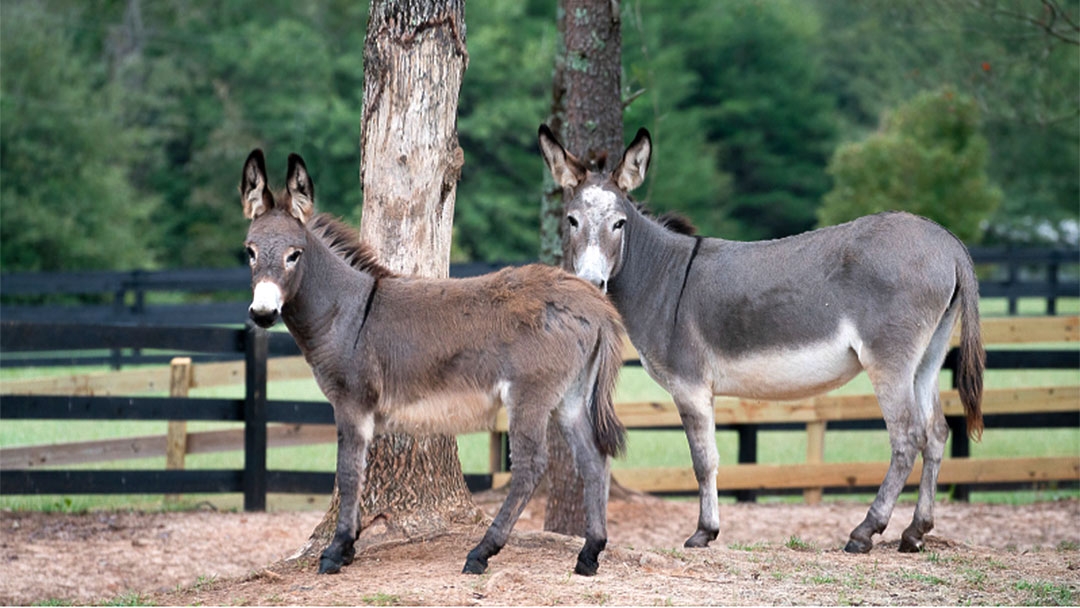 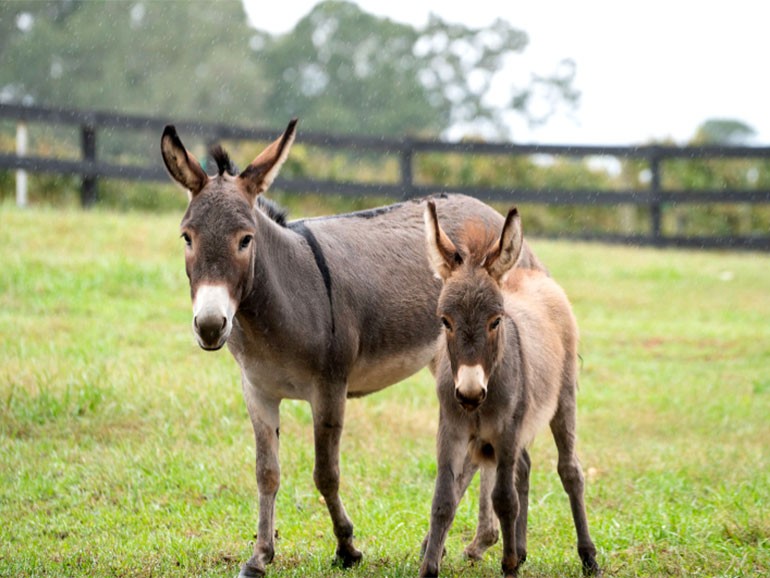