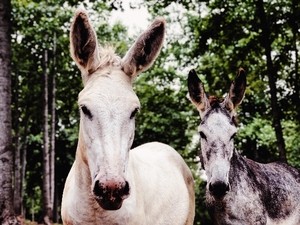 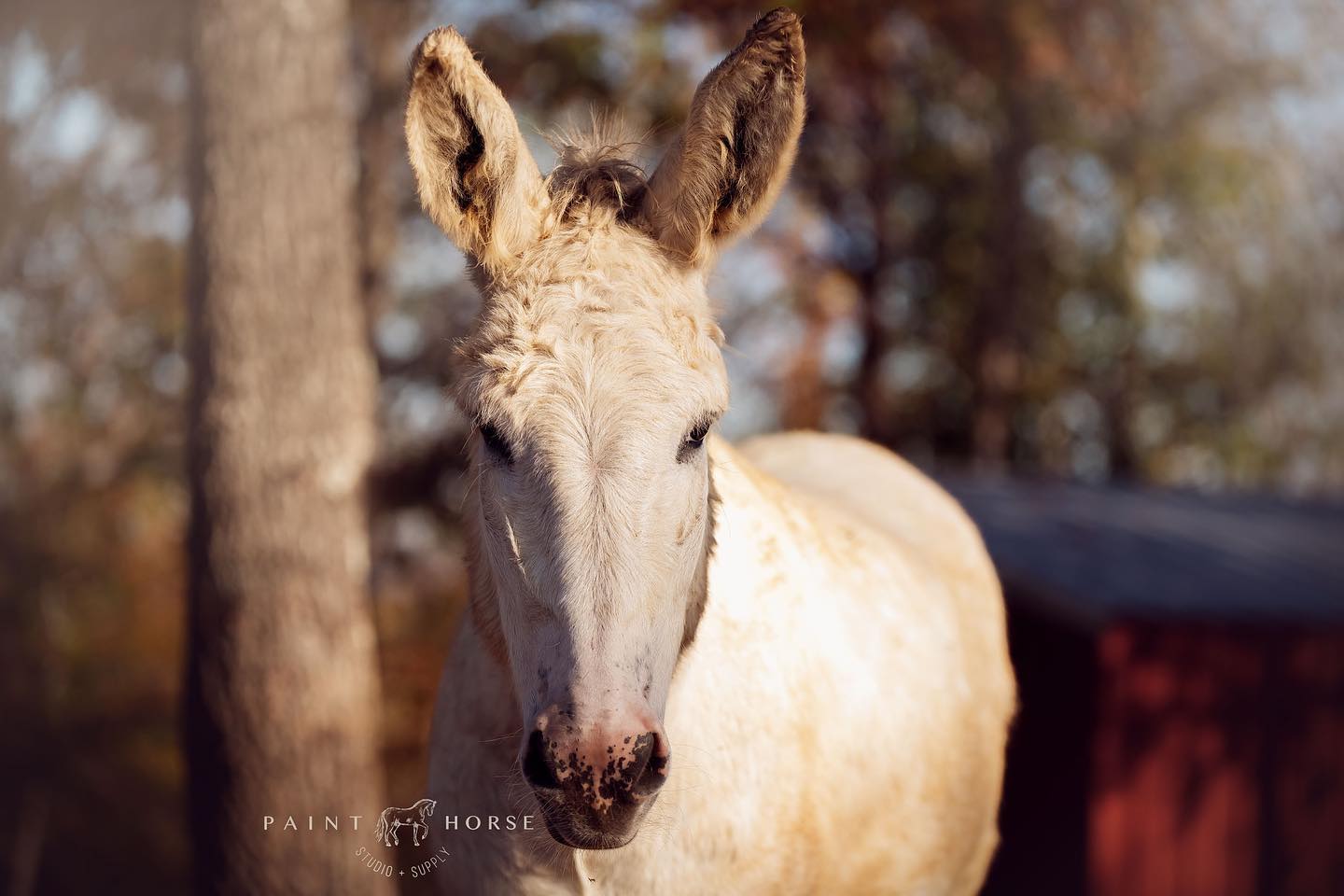 Ellis is a gorgeous grey donkey who lives at Longears Lodge with his mother Elinor. These two donkeys are incredibly bonded and you will never see them apart from each other. 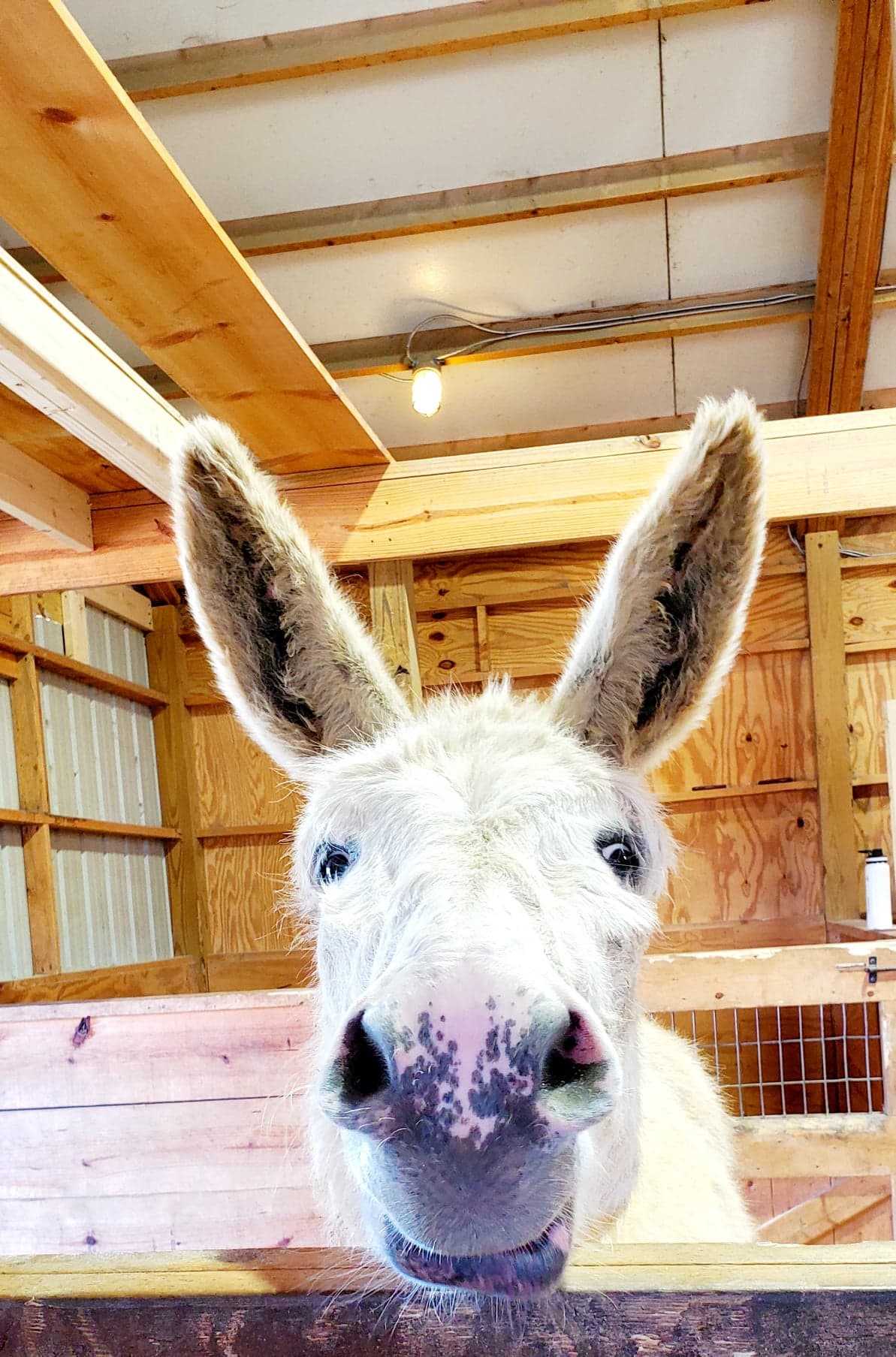 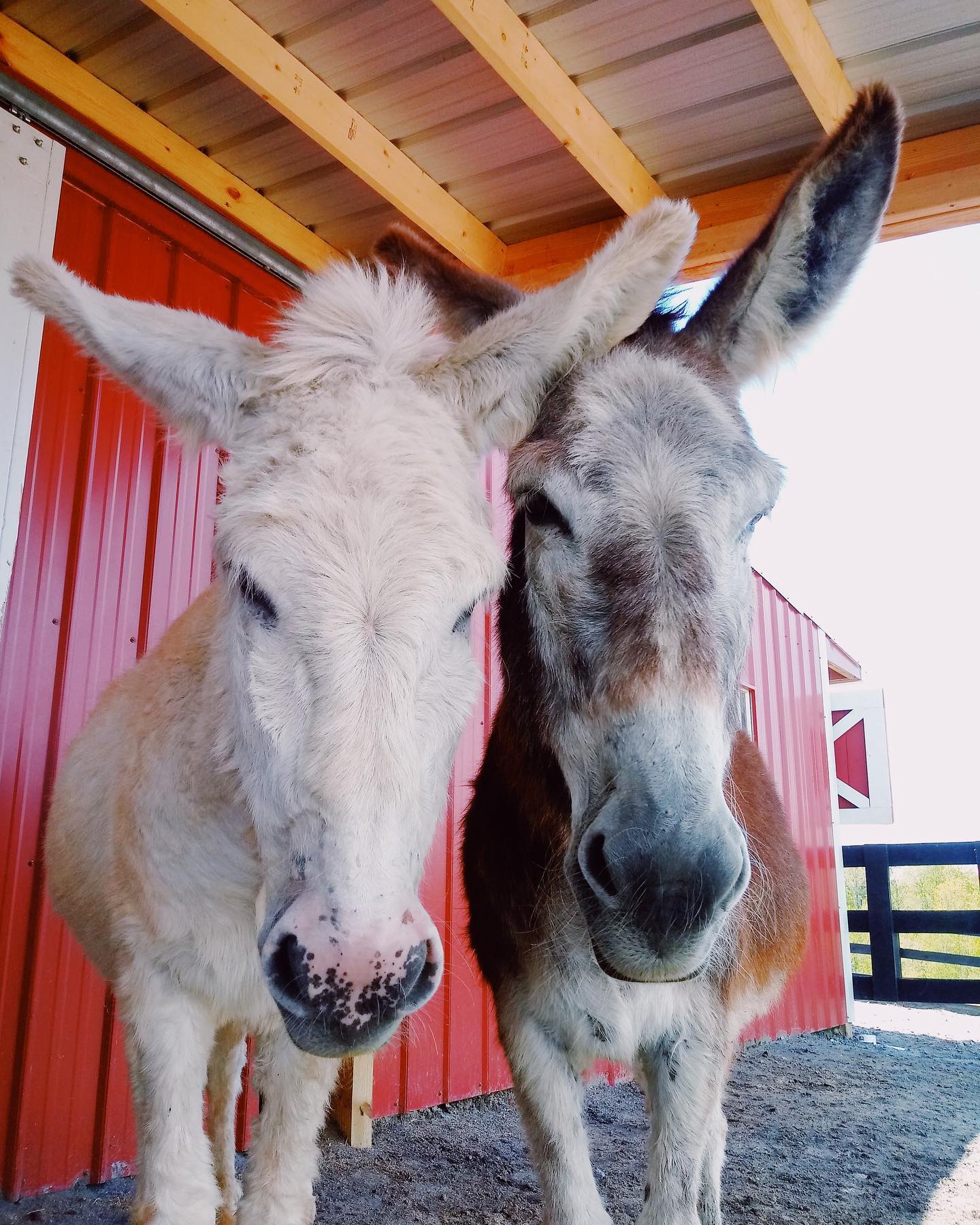 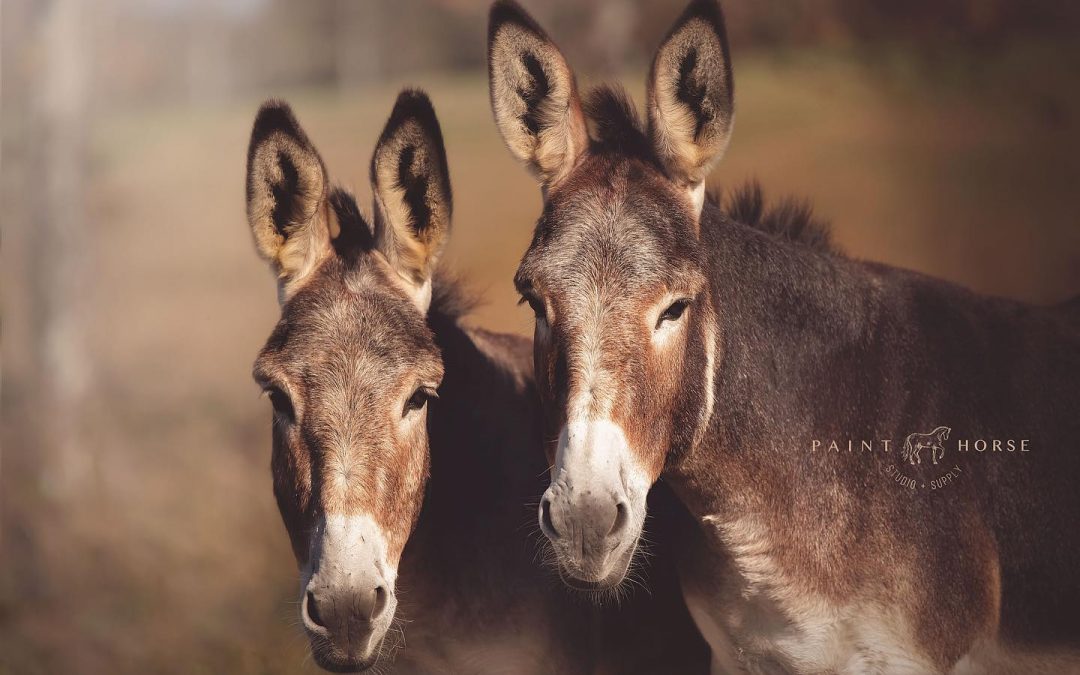 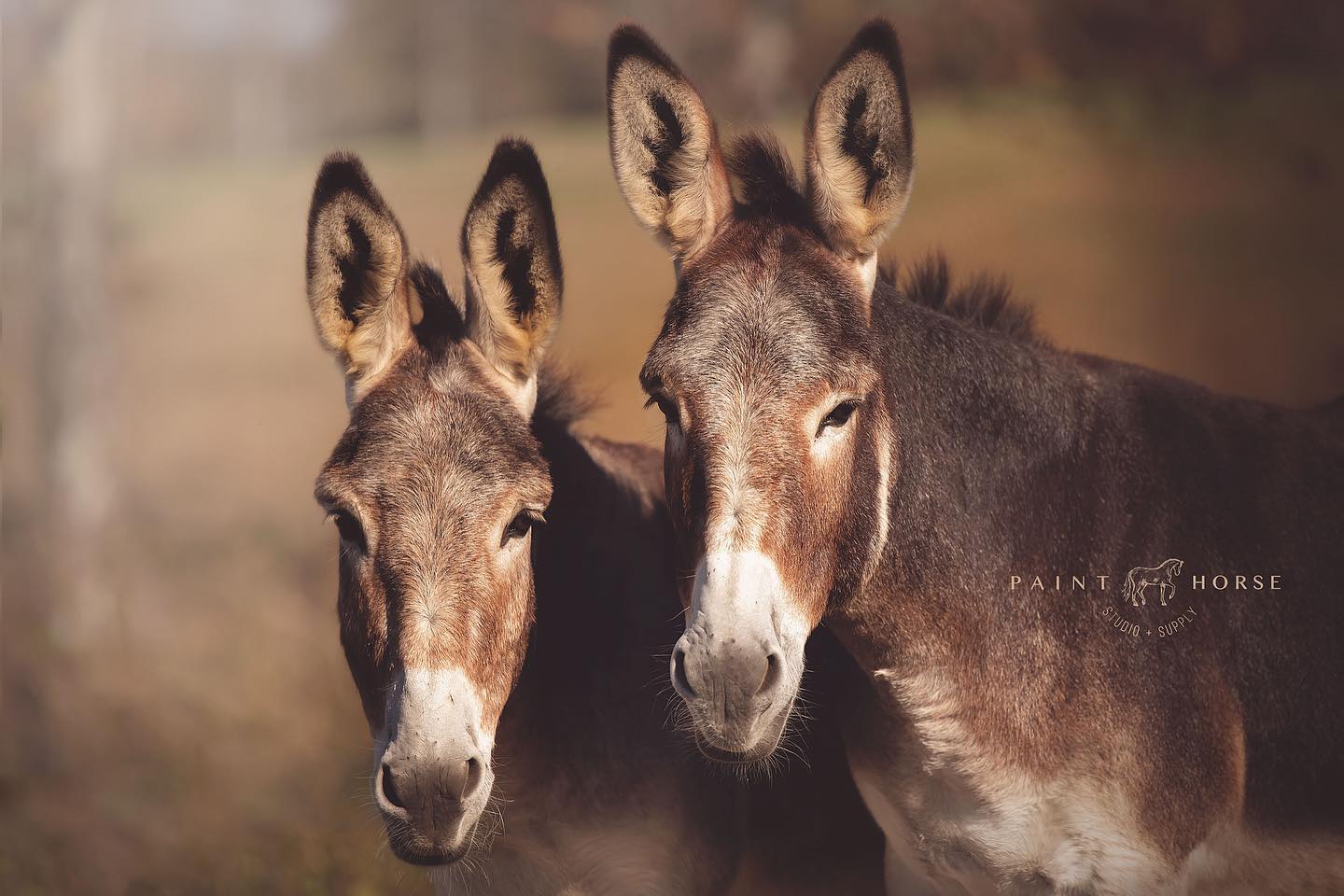 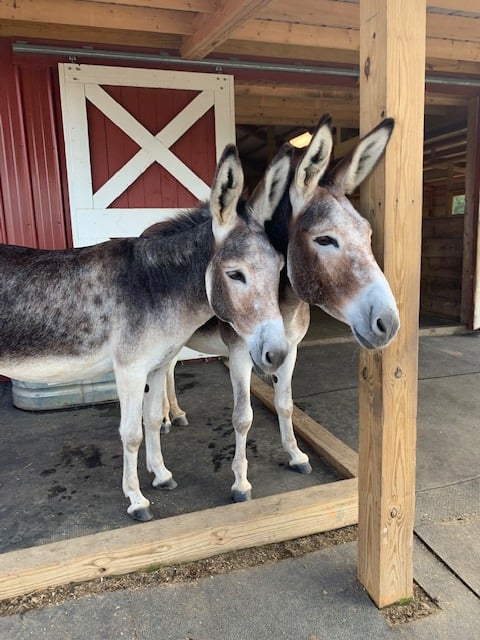 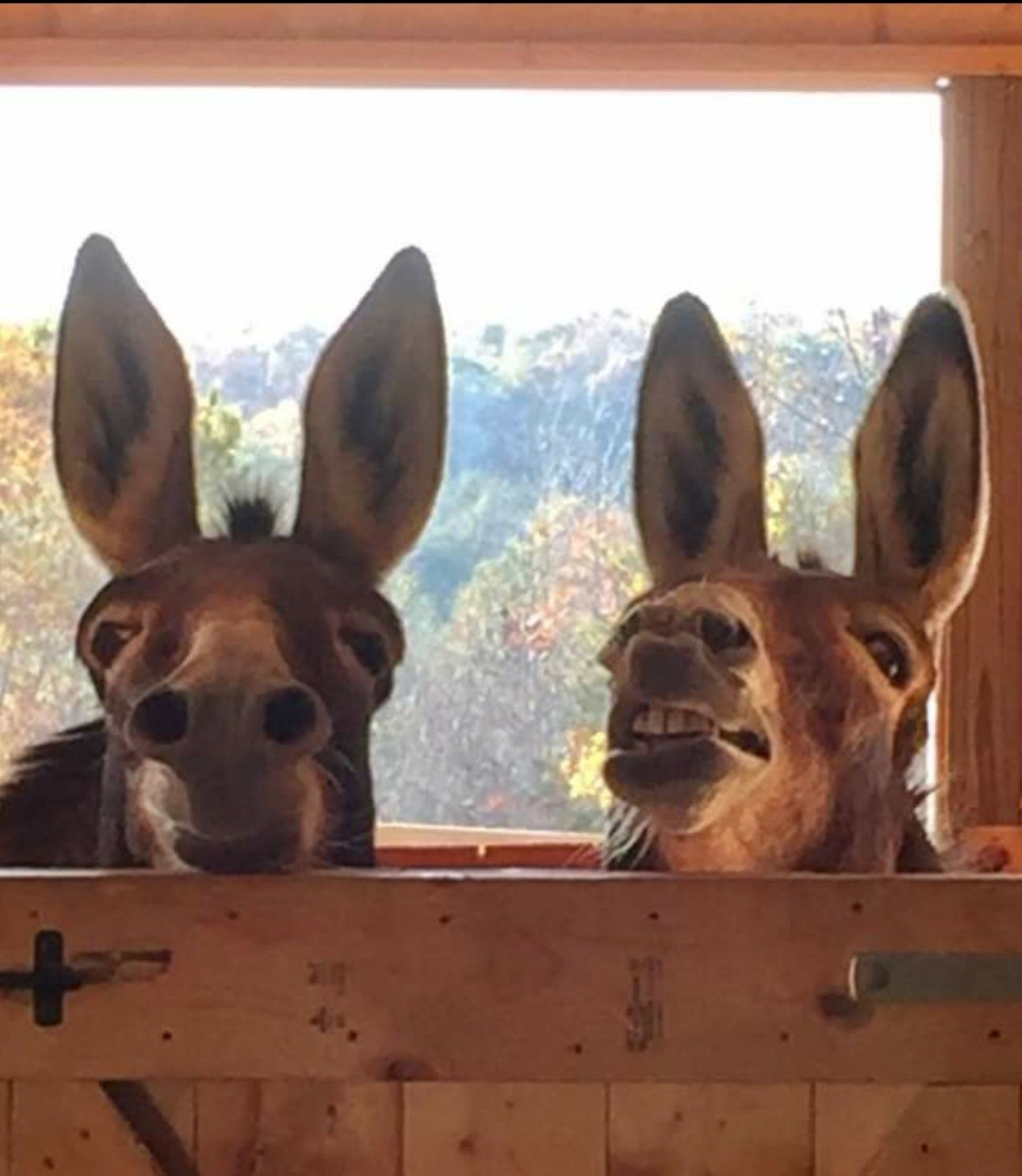 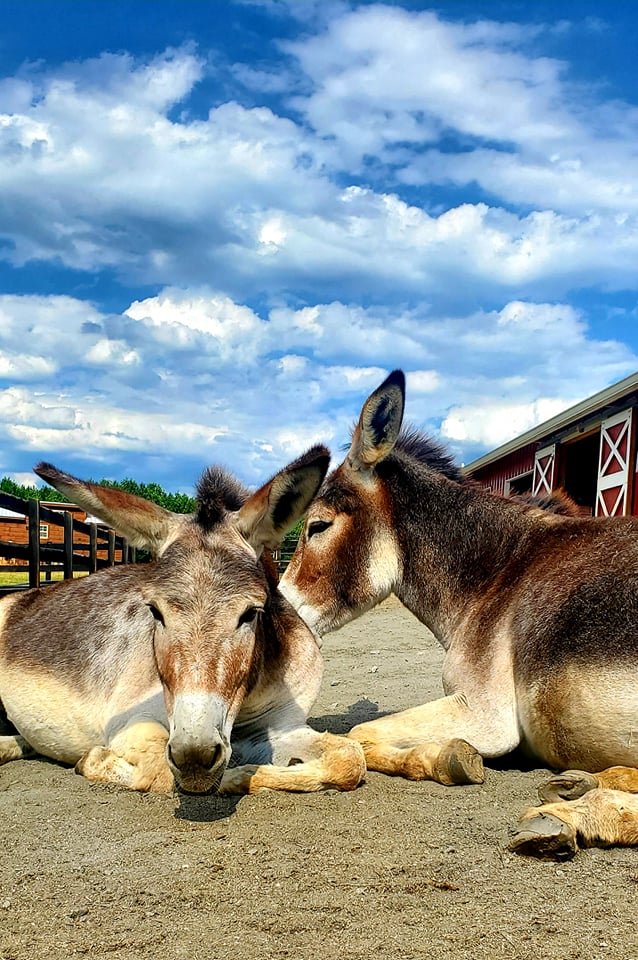 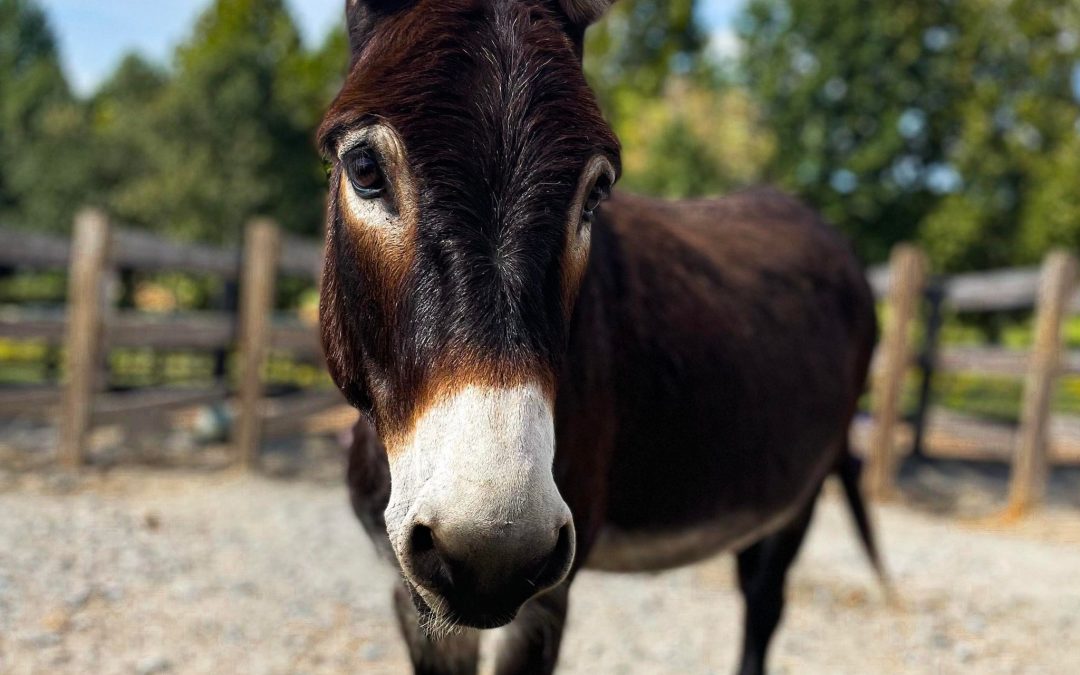 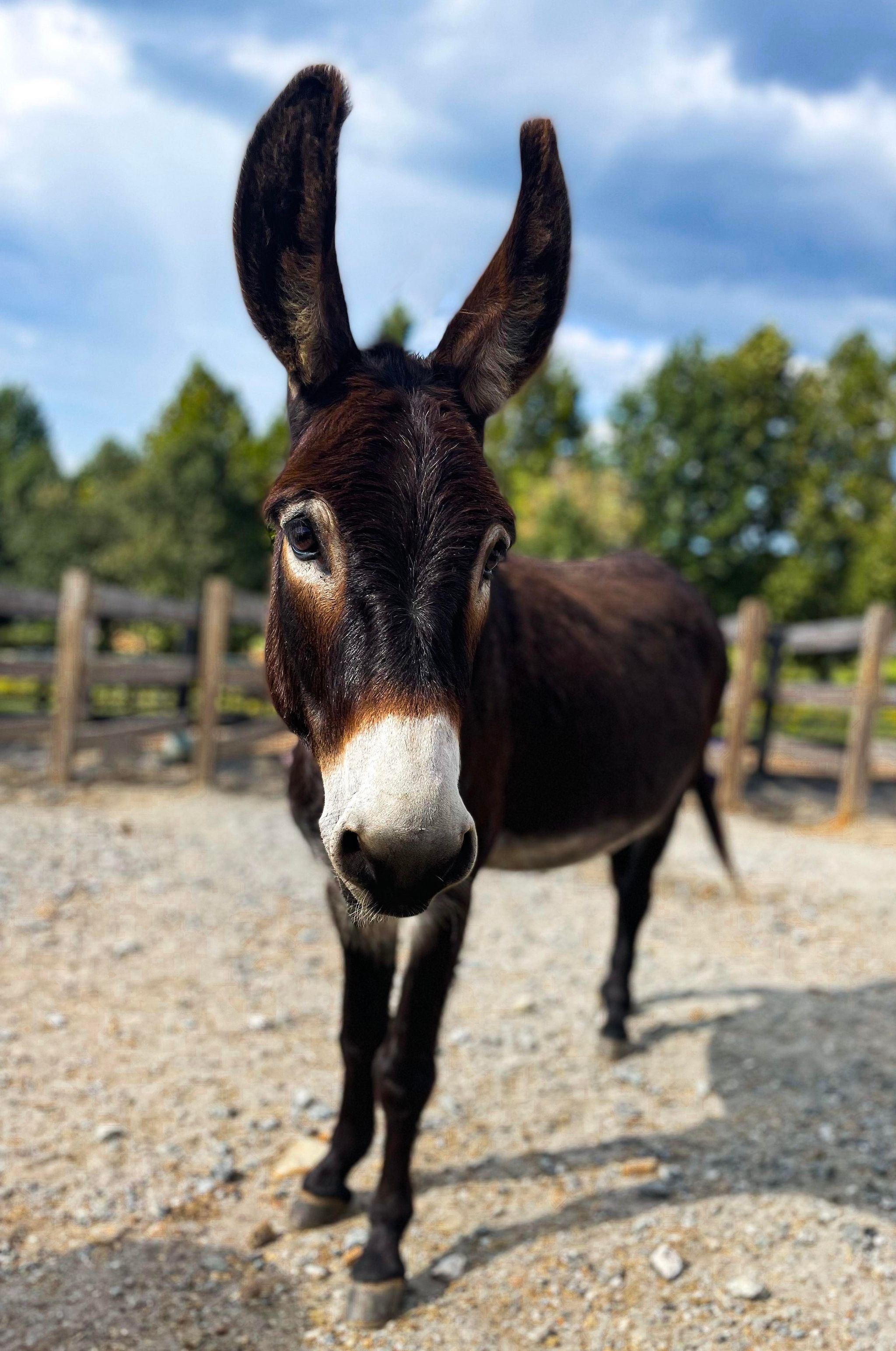 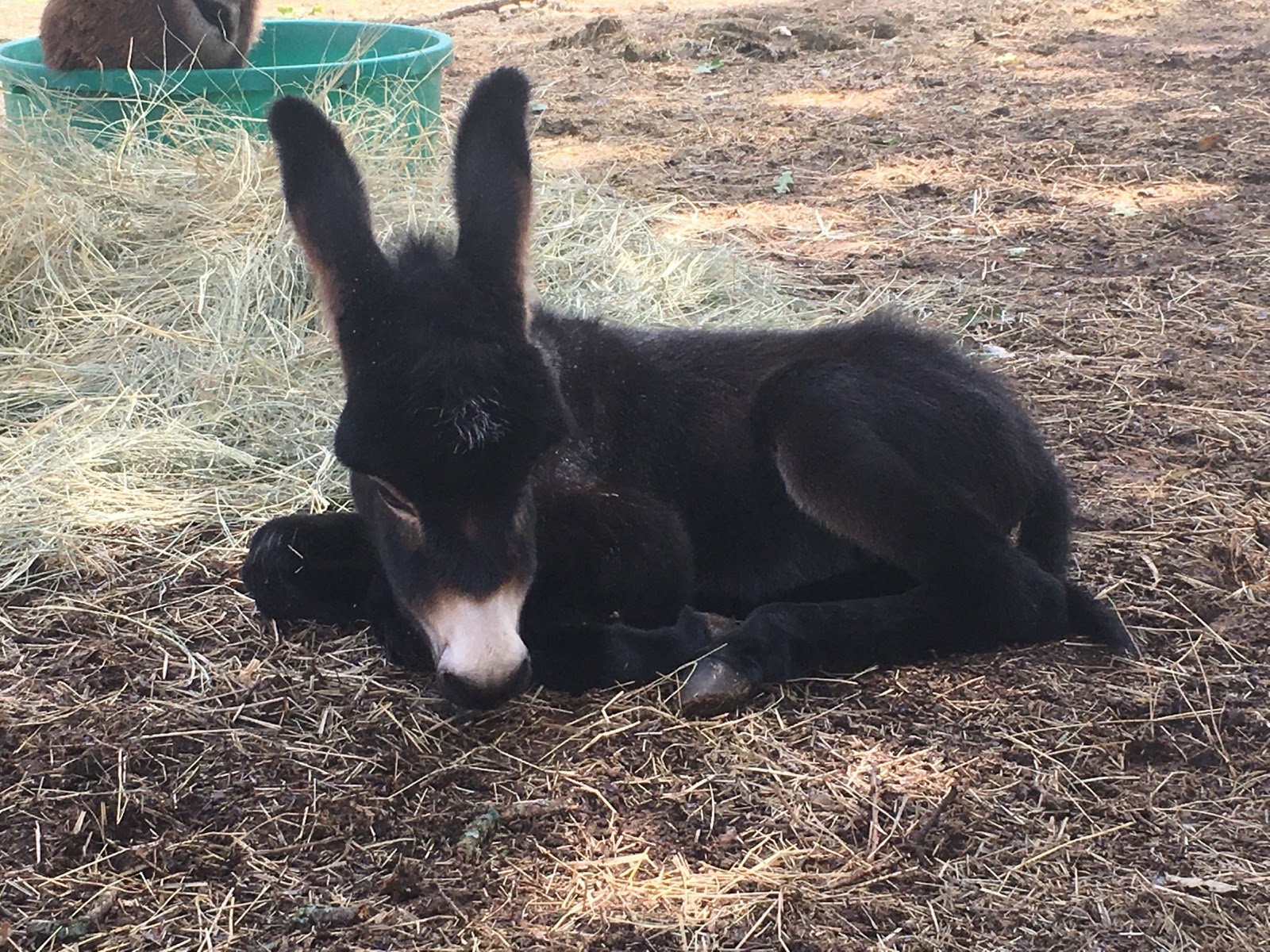 Lenny as a foal. This picture was the inspiration for our logo! 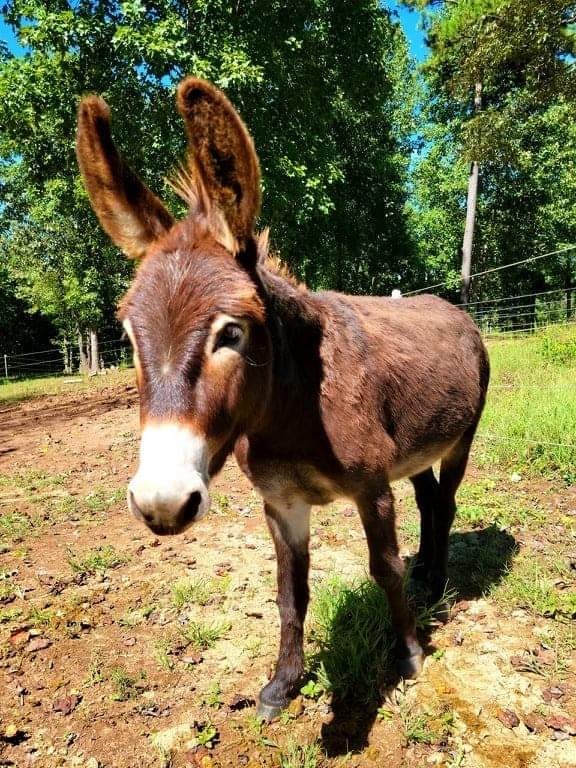 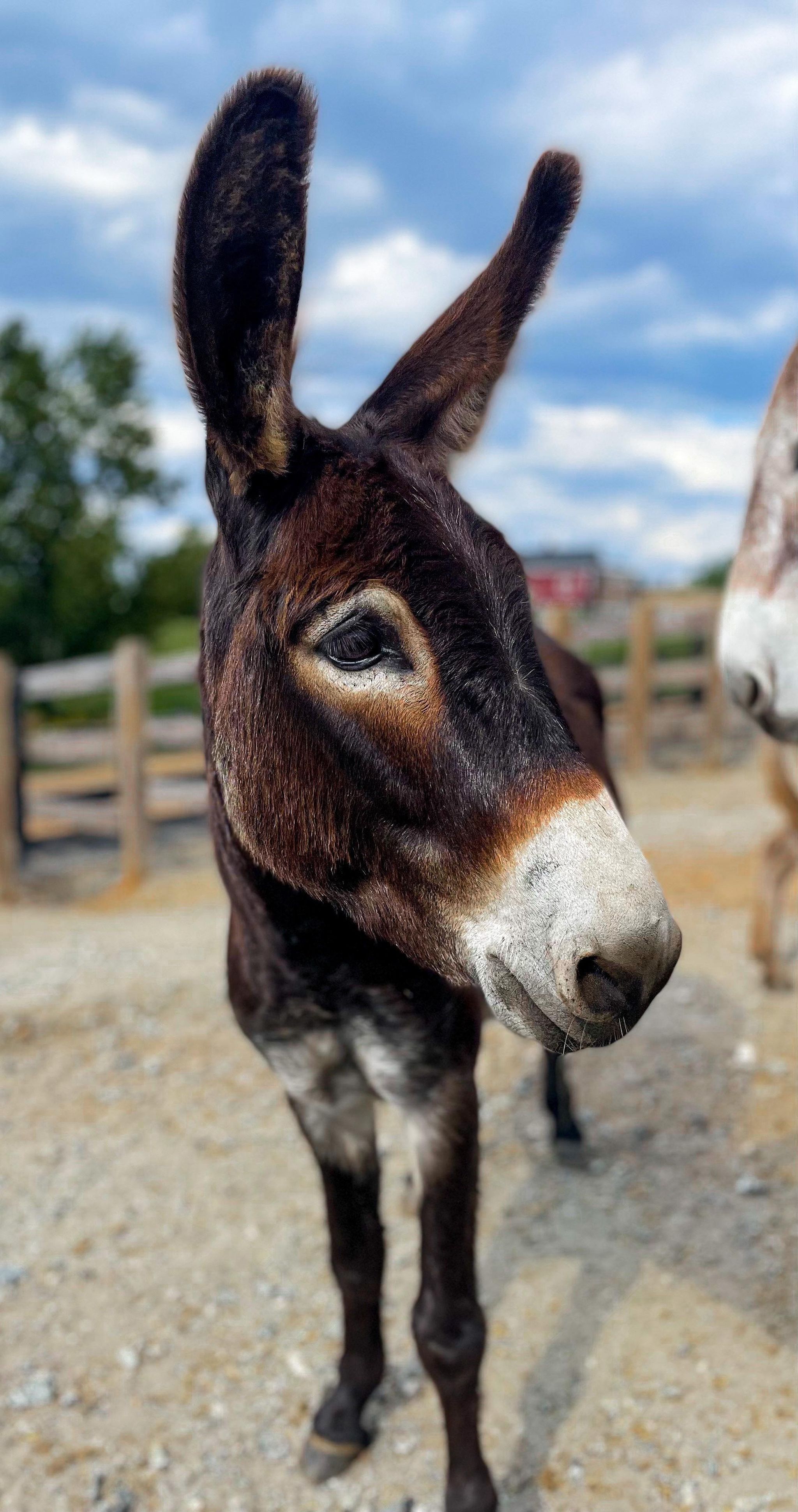 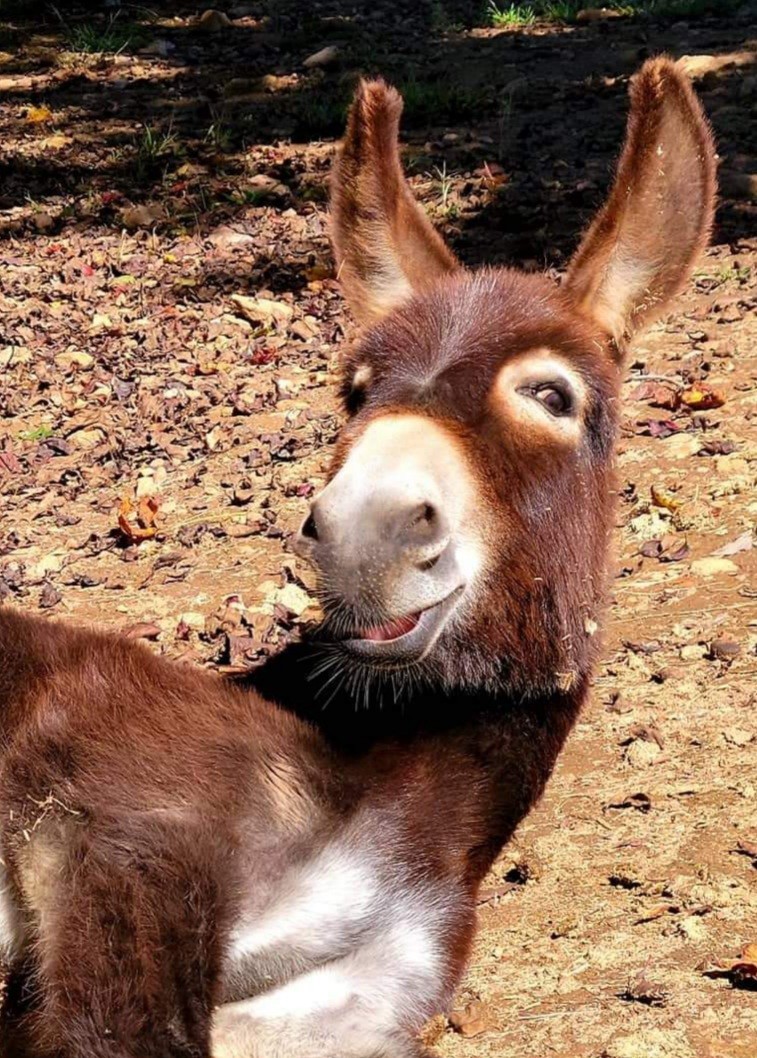 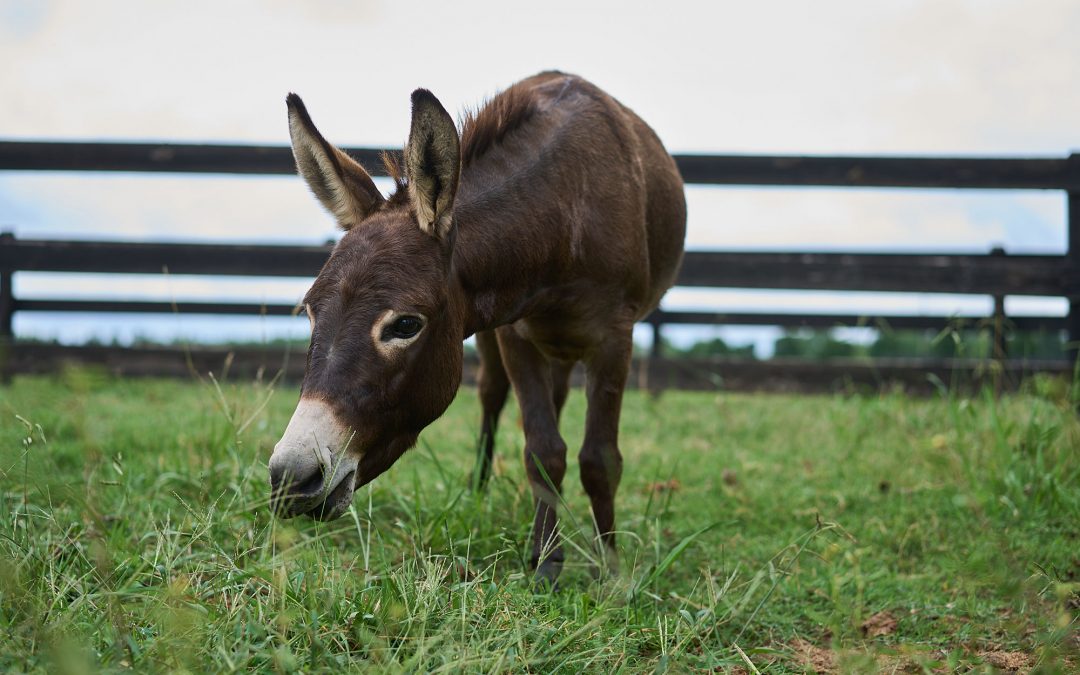 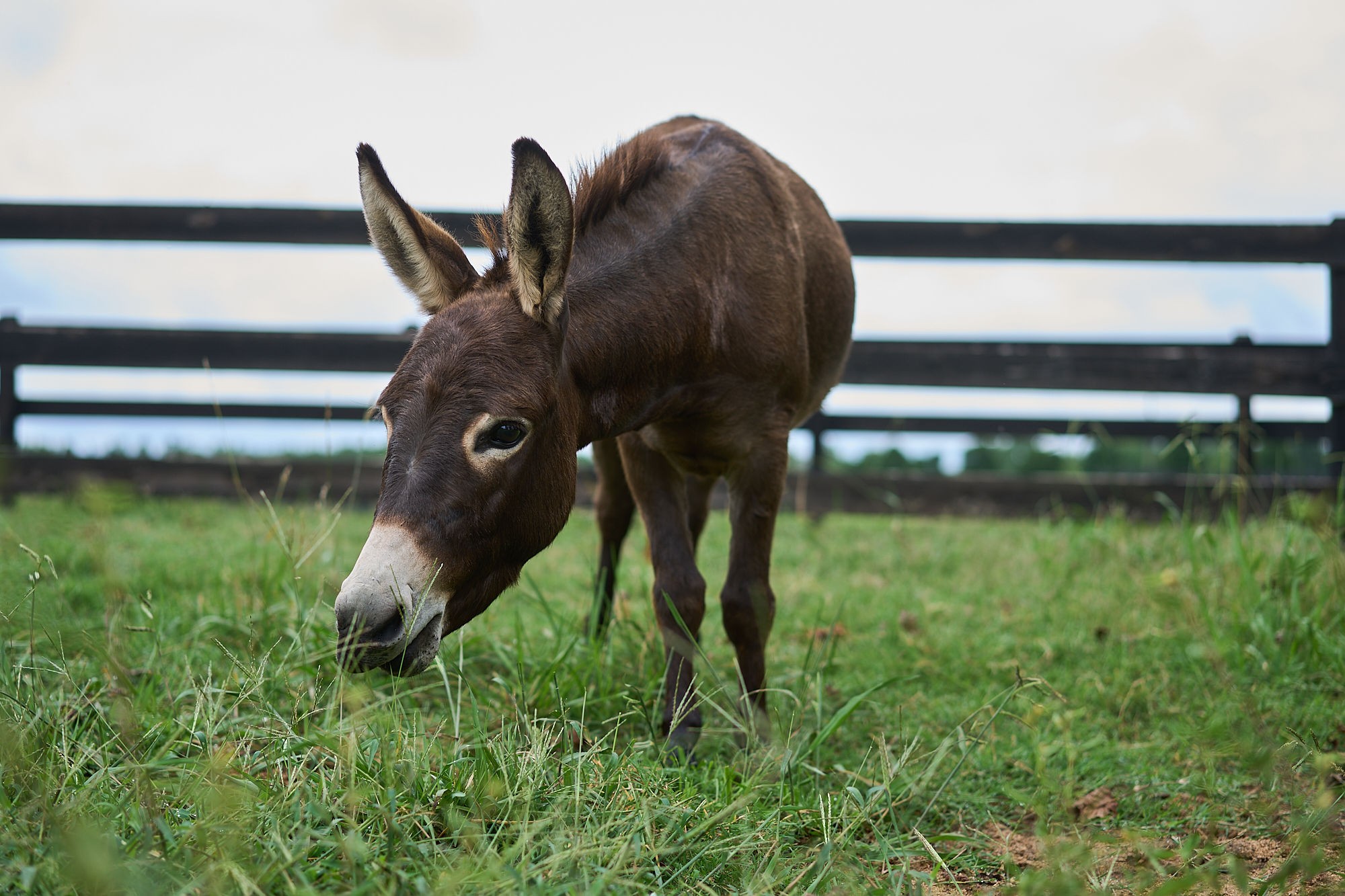 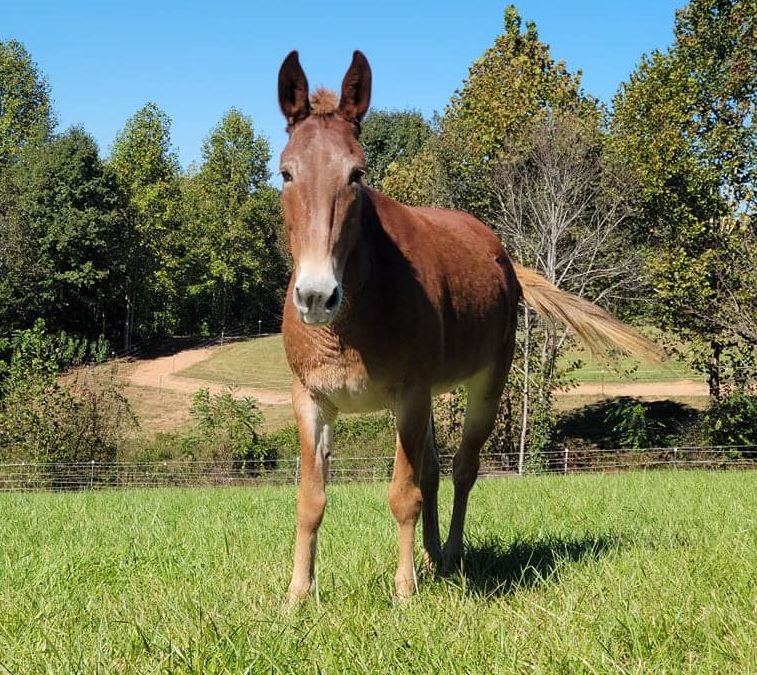 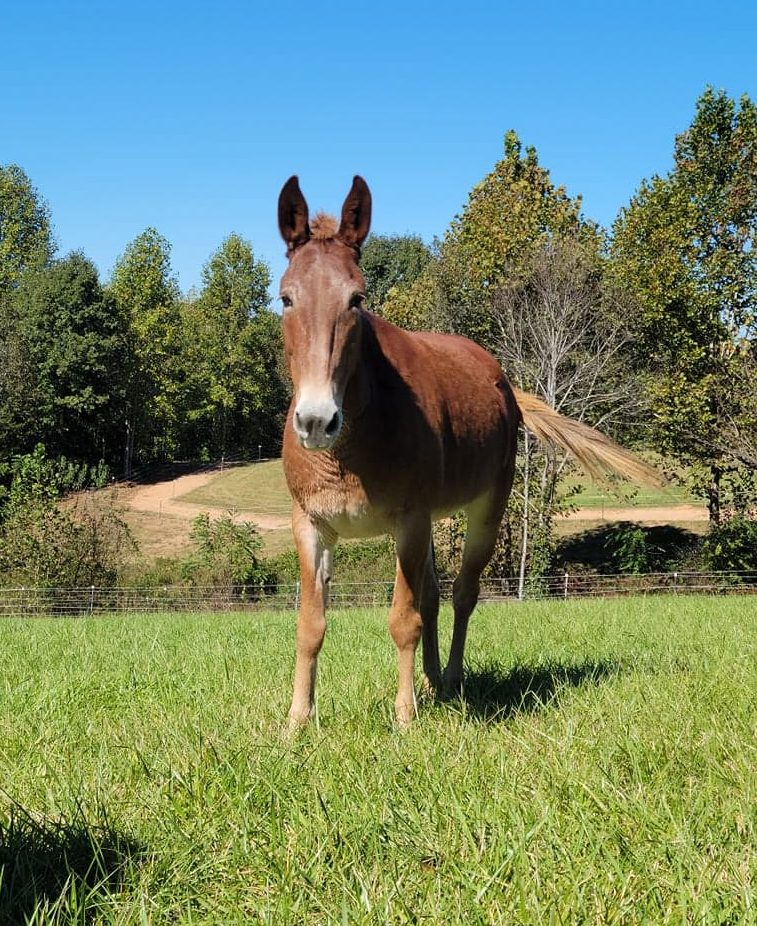 Dory is a lovely, older red molly mule who came to live at Red Bell Run after being rescued by Turning Pointe Donkey Rescue. Thin and in poor condition, Dory found herself in an auction in North Carolina bound for an unknown fate, in danger of being passed around on the auction circuit until she was sick or sold for meat. After going through quarantine, our friend Tia Bonkowski asked if she could come to Red Bell Run. Dory was not very handleable, on the older side and definitely needed a soft landing with people who were knowledgeable about mules.

Mules, being a cross between a Donkey stallion and a Horse mare exhibit behaviors of both, but they are in general, more flight oriented than donkeys who will stand and think about things before deciding whether to stay or flee. Mules tend to put a good bit of distance between themselves and perceived danger, more like horses.

They are quick, athletic and one-third stronger than a horse the same size. Mules also have great memories and have been known to hold grudges, so they require consistent and kind handling. A good mule is a great equine companion; those that have been mishandled can take a long time to bring around.

The Longears staff spent many hours convincing Dory that she wasn’t going to be abused and breaking through her wall of fear. Mules never forget and it’s clear that Dory has had some rough handling in the past. It was a day of celebration when Megan Cortez, one of our leads at Longears, was able to pick up all four of Dory’s feet without a fight. Dory, who used to stay as far away from strangers as possible, now comes up to the gates to greet visitors and loves her treats. Dory has decided that Red Bell Run is not such a bad place and has settled in at the Longears Lodge. Her best friends are an Ark Watch Foundation Hinny named Raisin and a 28-year-old miniature horse named Old Spice. They have separate quarters next to each other at Longears and spend their days having the run of the barn, arguing over hay and bossing each other around. Our Dory is a special girl and she is well-loved here at Red Bell Run. 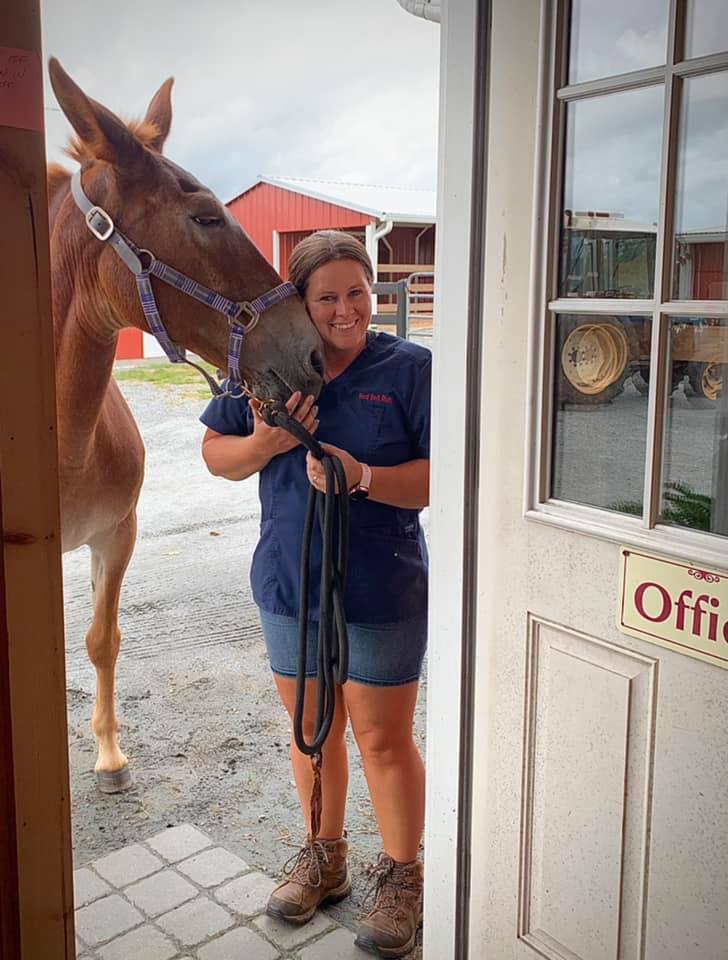 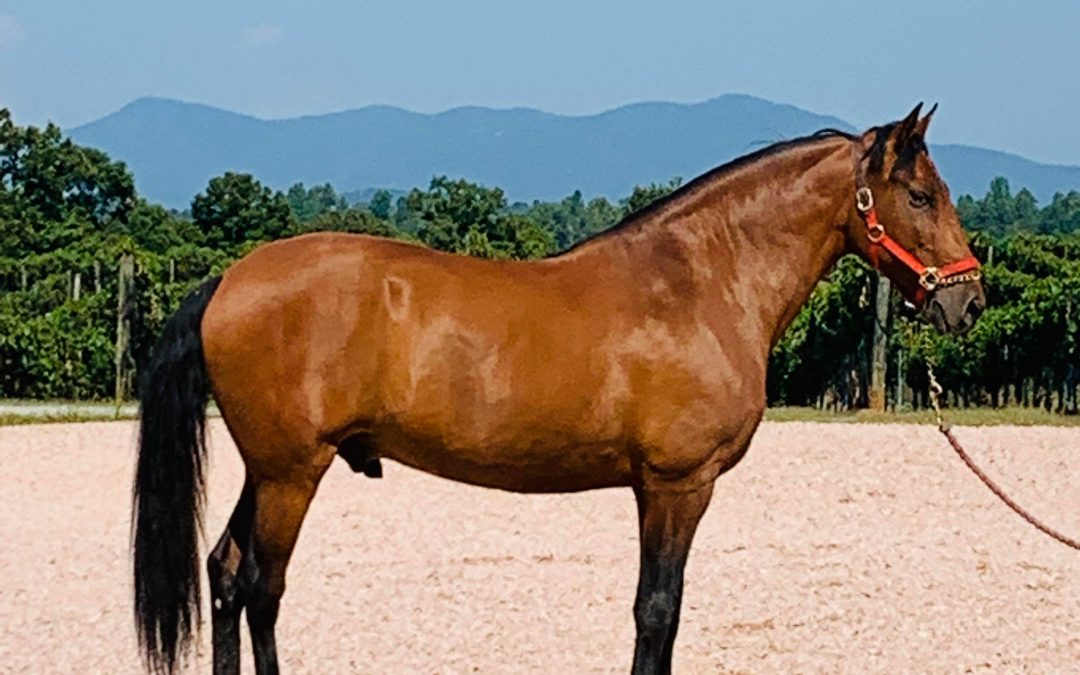 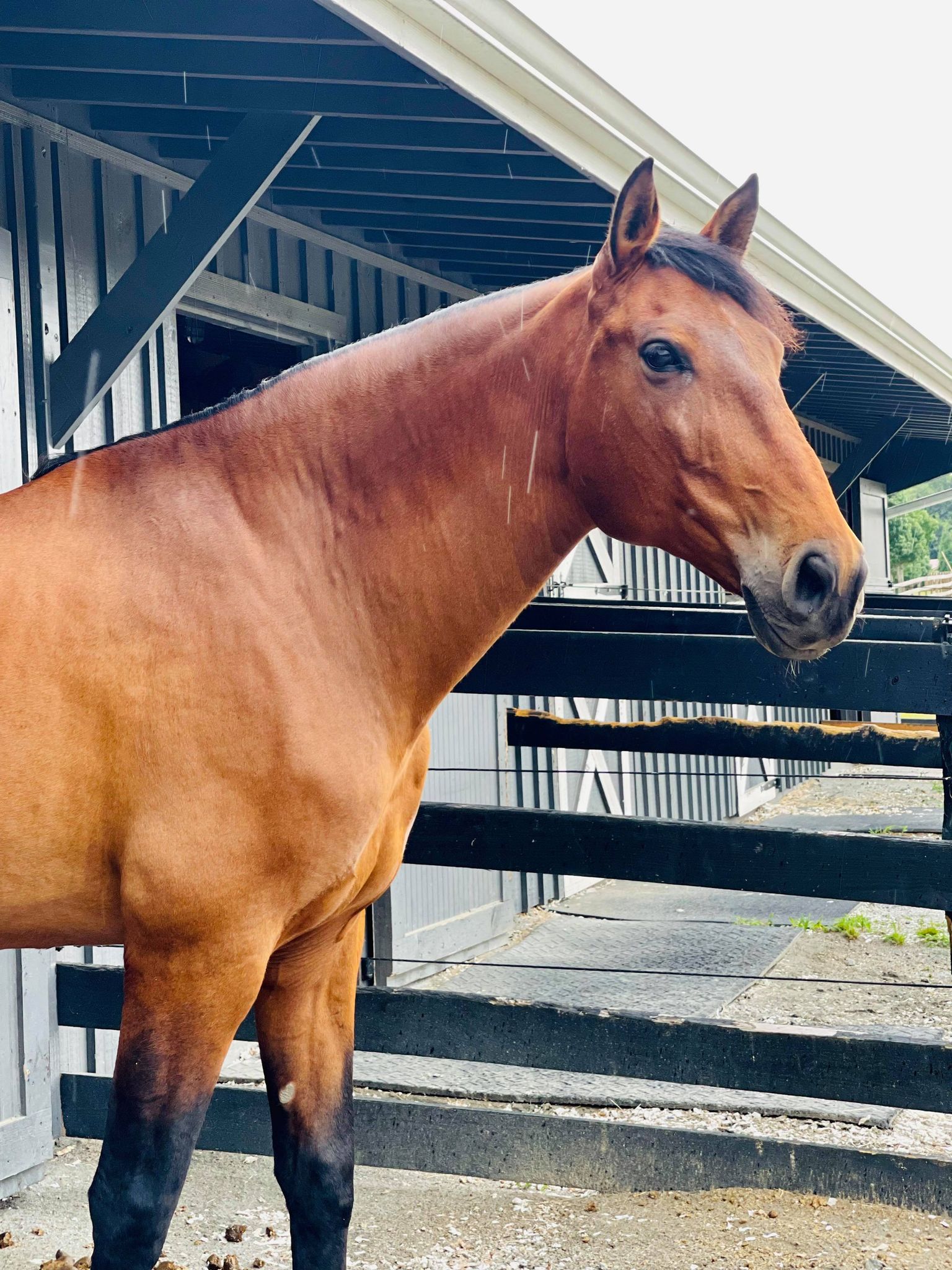 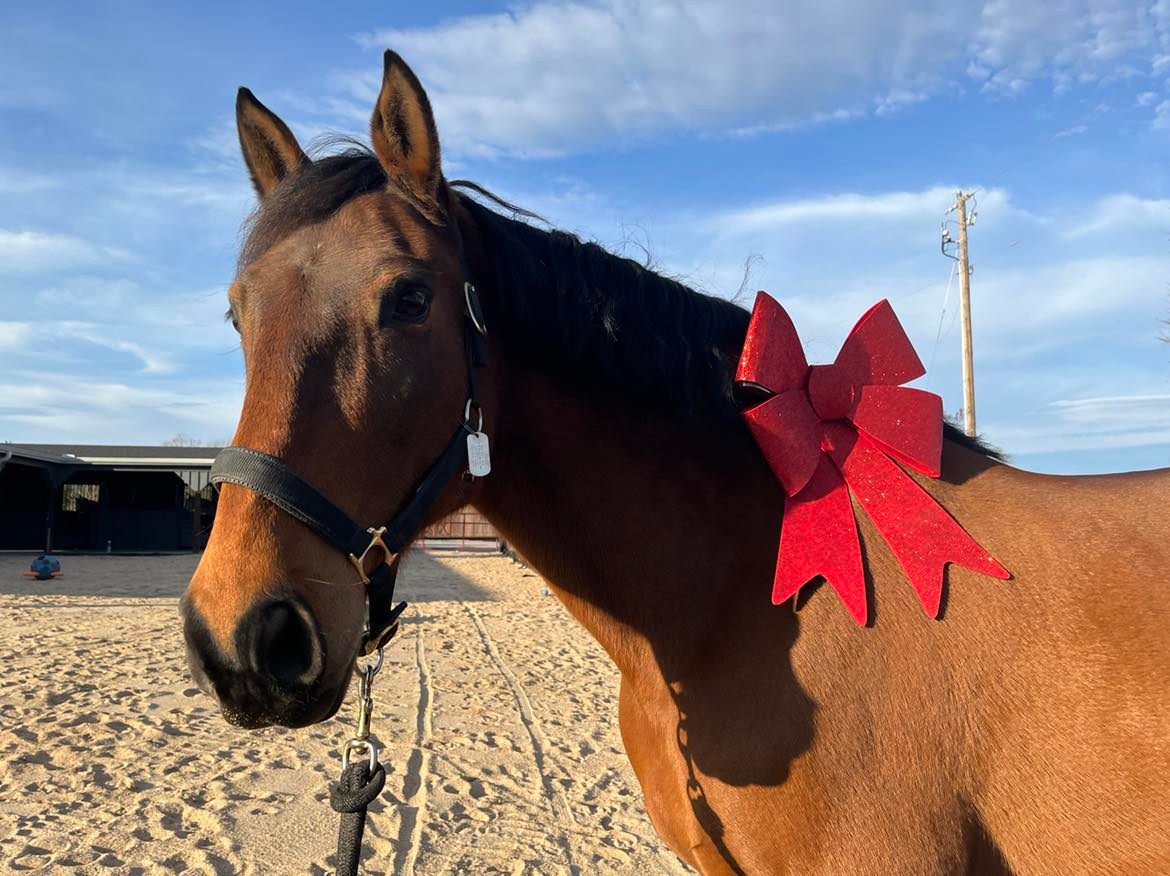 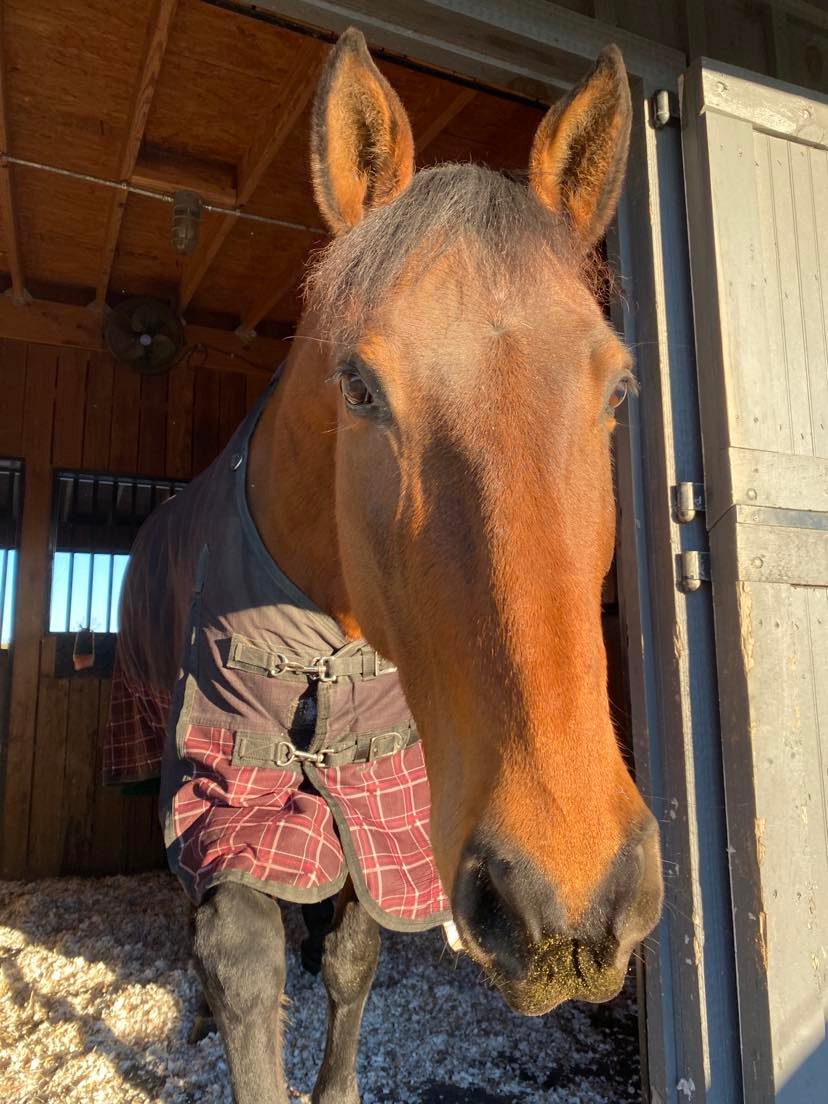 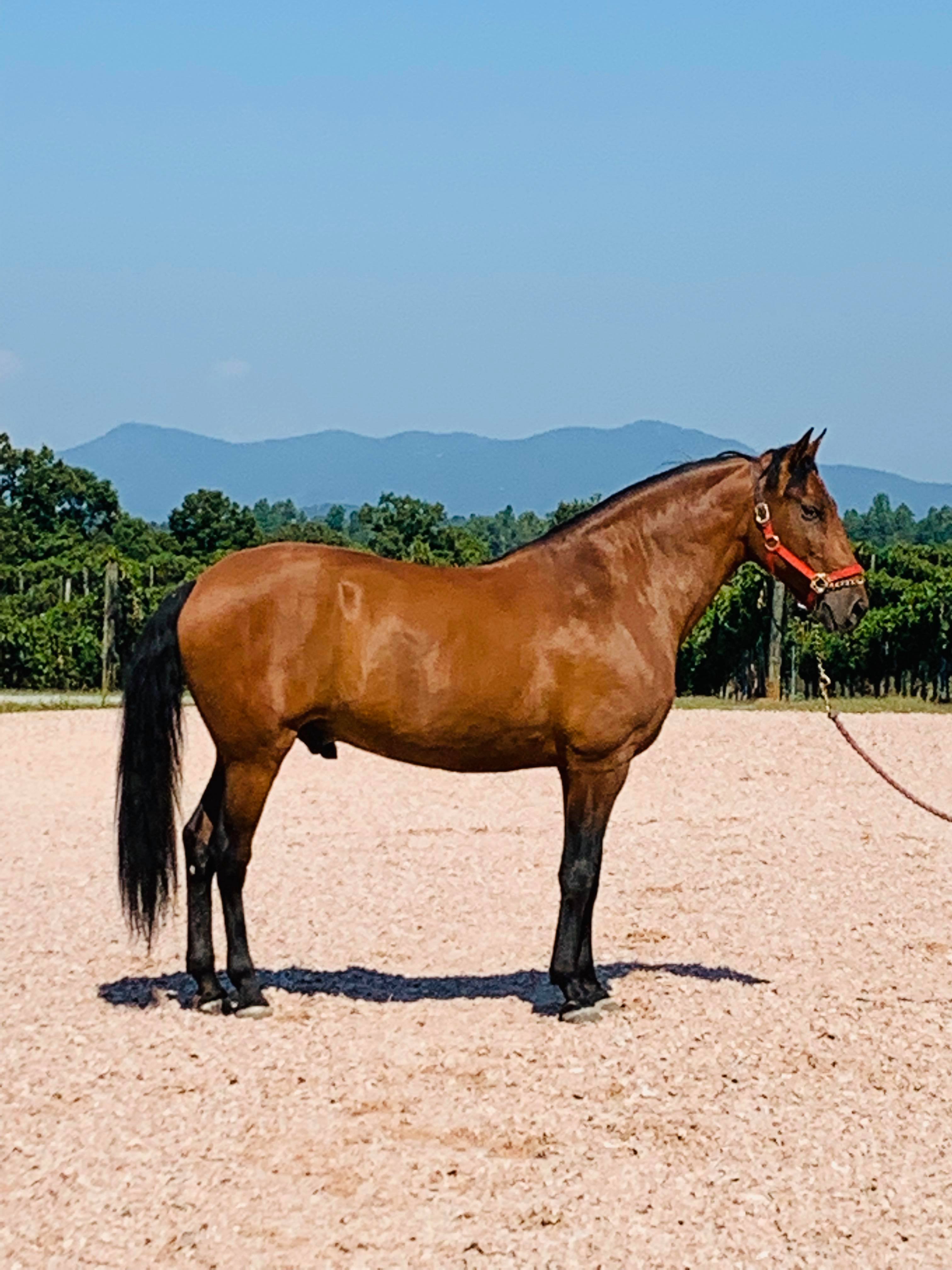 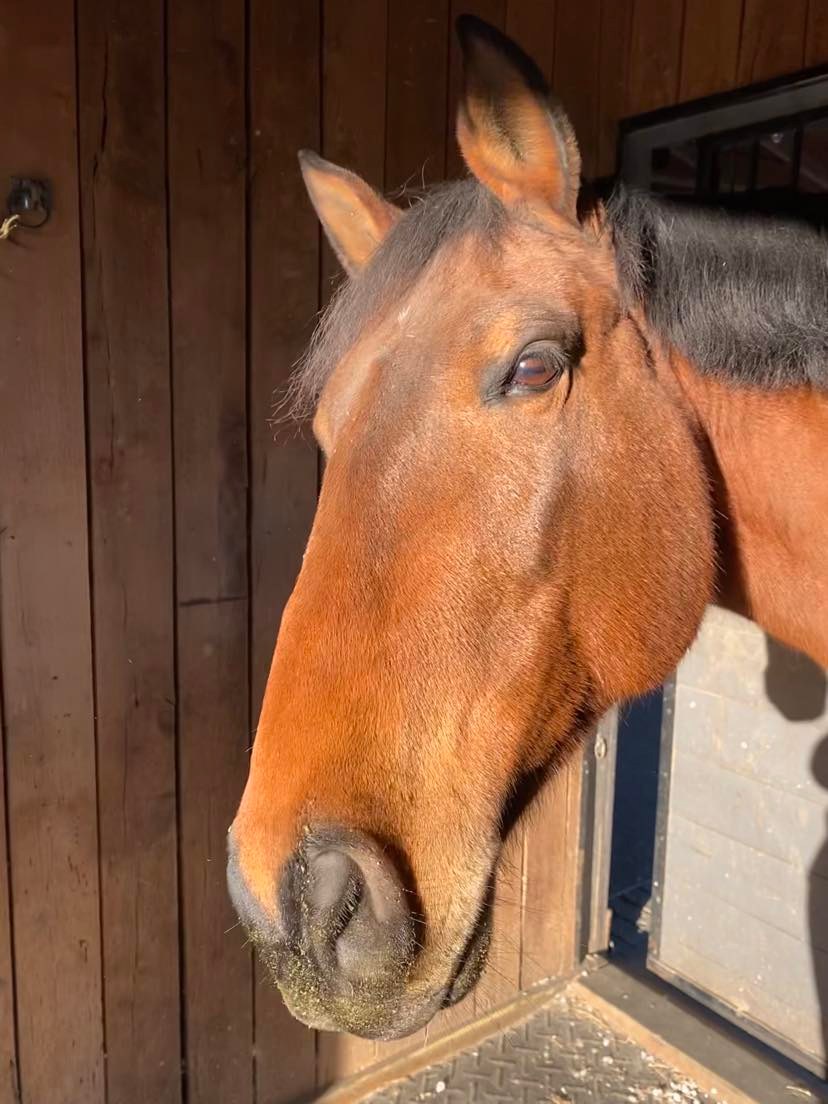