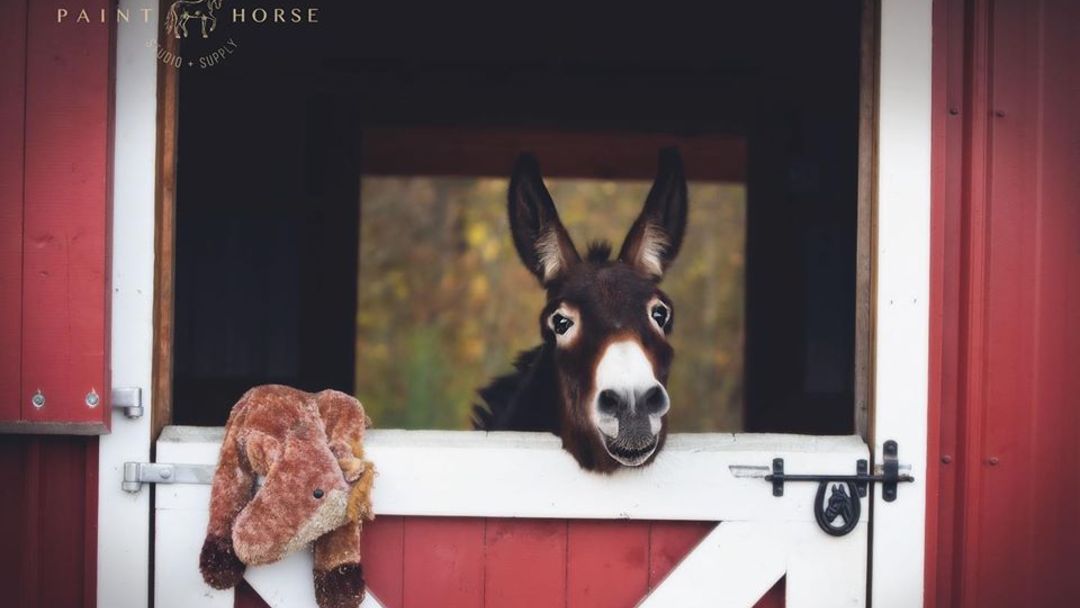 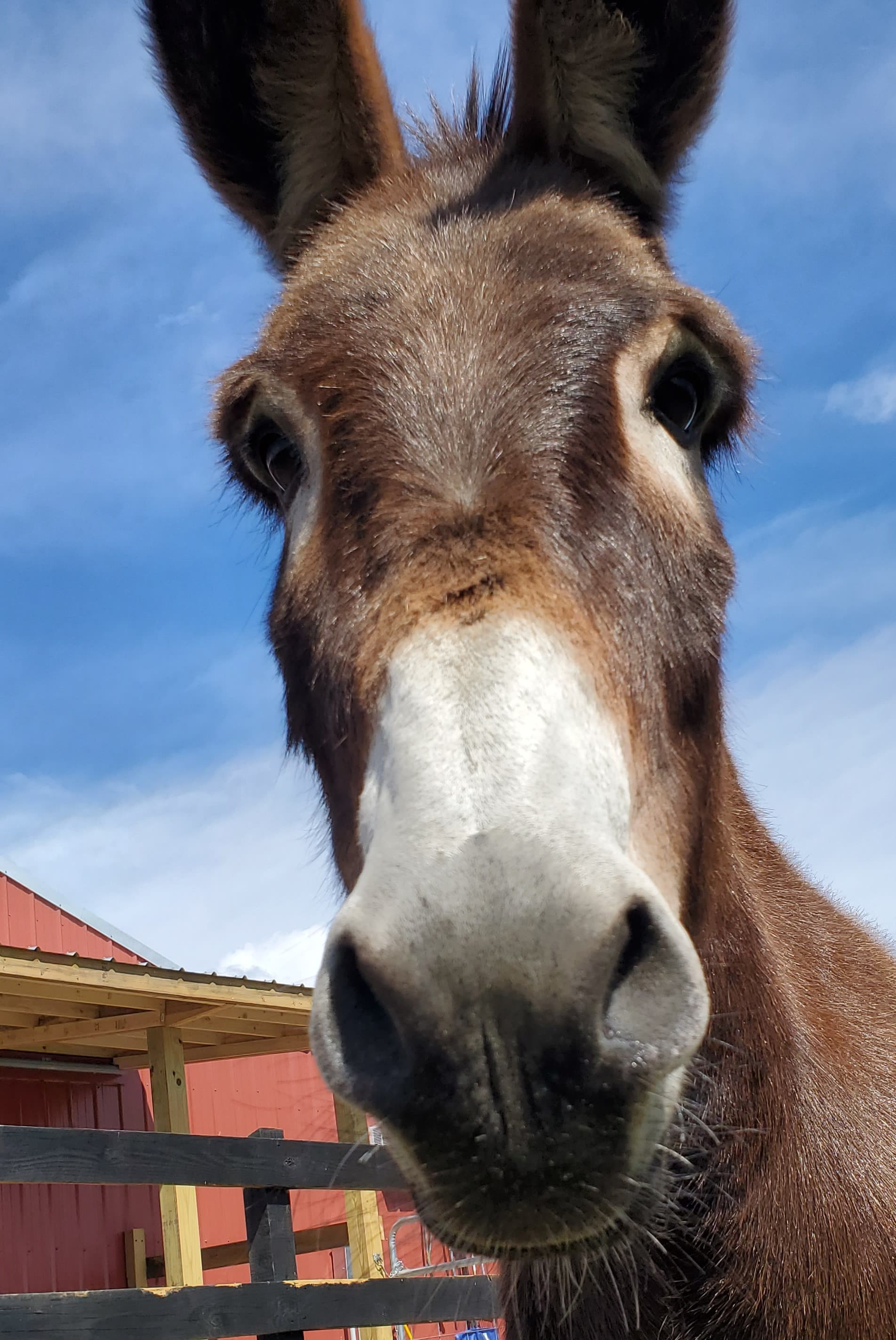 Millie is a very special donkey. Orphaned within a few days of her birth, she was named Milagra or “Miracle” because the fact that she was ever born is a miracle. Her mother, with a truckload of other poor donkeys were on their way to Mexico for slaughter when Celine Myers of the Ark Watch Foundation stepped in, had the truck turned around and partnered with several other rescues to save them all. Unfortunately, the stress of the trip to Mexico took its toll on Millie’s sweet mother. Although they were sent to Texas A&M, she was unable to be saved.

Now alone, Millie was adopted by a woman in Texas who raised her in her kitchen. Millie had a dog door to the backyard and was thoroughly spoiled. Sadly, this leads to issues. it is NEVER a good idea to raise a baby donkey (or any other baby equine) without introducing them as soon as possible to other donkeys or equines. Ideally, there is a sweet jenny that will accept the baby but this isn’t always the case. Raising orphaned equines isn’t for the inexperienced because it can lead to what happened to Millie. It is a challenging undertaking.

Because Millie didn’t understand she was a donkey and not a small furry human, she developed behaviors that became exceedingly dangerous. As Millie grew, the normal donkey behaviors like nipping, kicking and wrestling were unacceptable. She had outgrown the dog door and didn’t understand why she was removed from her home. Outside wasn’t where Millie wanted to be. The adopter returned her to the rescue and from there, Millie was accepted at Red Bell Run because of her behavioral issues. We tried to introduce Millie into a herd but the years of being an “only donkey” caused her to suffer from stress. Even though our herd accepted her, she constantly sought the company of humans, her hair began to fall out and she lost weight. After running diagnostics to make sure there wasn’t a physical issue, we decided, in consultation with our vet, that Millie needed to have her own space. So – Millie’s Manor was built where Millie now lives. She has access to the herd of donkeys next door and after a year or so is friendly with Jingo and Lucky, two easy-going jennies who overlook Millie’s personality quirks. They often go out in the paddock together but Millie always has the option to retreat to her “house” if she wants. She has adjusted to this lifestyle and the stress she felt trying to fit in the herd has been reduced. We love our Millie for the character she is!