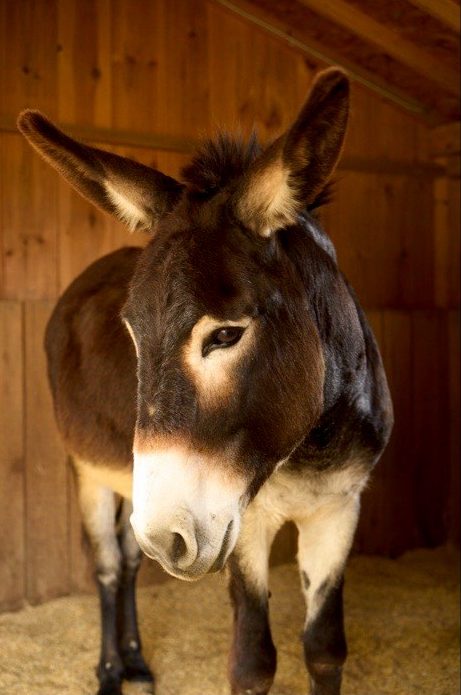 Buddy Jackson escaped from a horrible situation in our local North Carolina area. Buddy Jackson and his herd mates had been left to fend for themselves by an irresponsible owner. Soon, the grass was eaten in the pastures and Buddy Jackson and friends decided to escape in search of food. This wasn’t difficult because the fencing was in disrepair. However, having two jacks (Vinnie and Buddy Jackson) wandering the neighborhood and upsetting all of their equines didn’t set well with the neighbors who called Buddy Jackson’s owner and asked him to retrieve his herd. Unfortunately, the owner decided to rope Buddy Jackson and proceed to drag him down an asphalt road. You can imagine the damage that was done to por Buddy Jackson. The neighbors were, of course, outraged, and called the authorities. They also took in all of the donkeys (Vinnie, Buddy Jackson, Ruby, Moonshine, and Gracie) and called Red Bell Run for help. The entire herd came to Red Bell Run so that they could be properly cared for and Buddy Jackson could have his wounds addressed. Buddy Jackson is now safe forever at Red Bell Run, living with his new friend Mariah, a lovely mammoth jenny rescued by the Ark Watch Foundation. He adores Mariah and loves spending his days attending to her and greeting visitors in the Longear Villas. 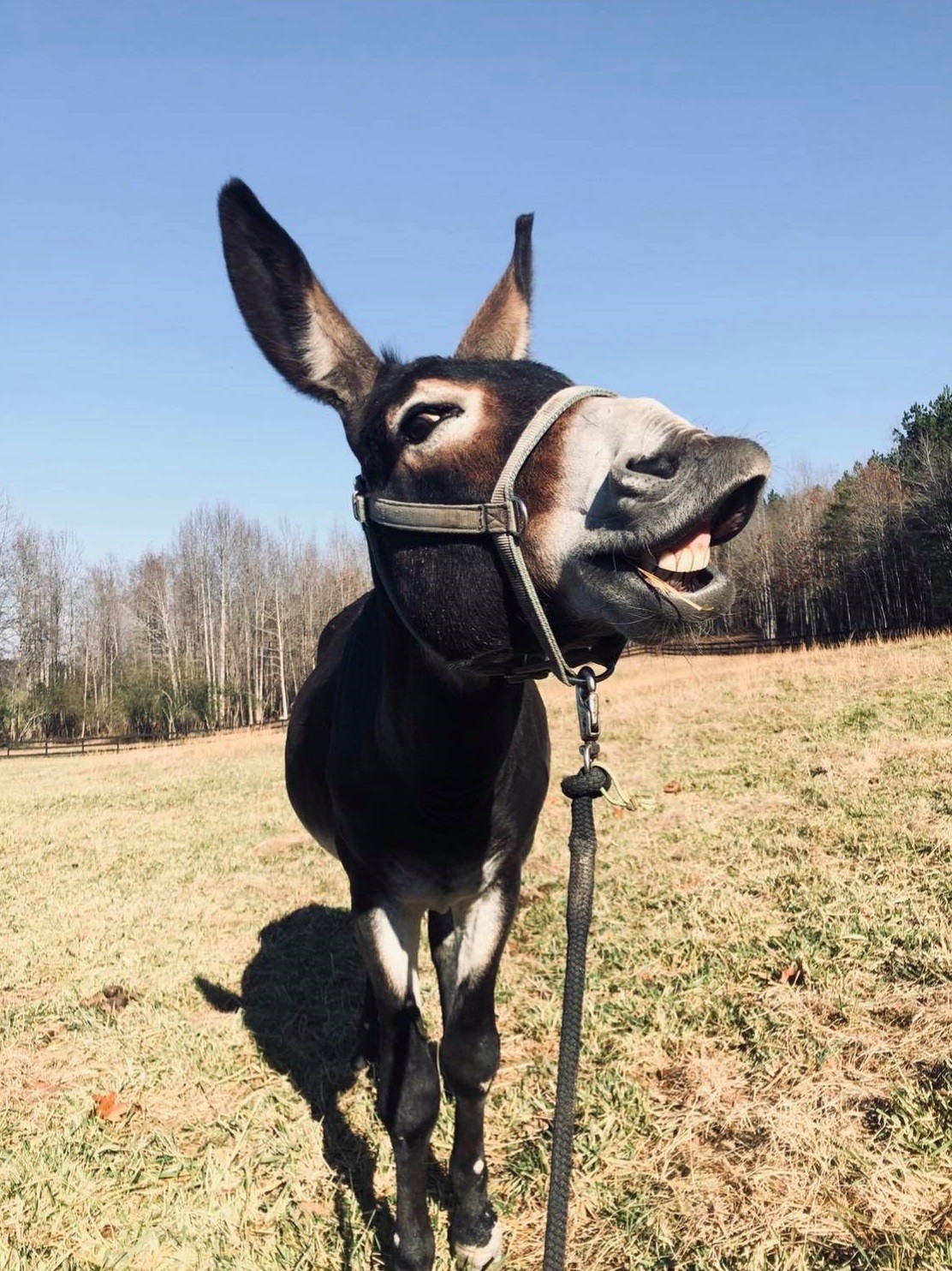 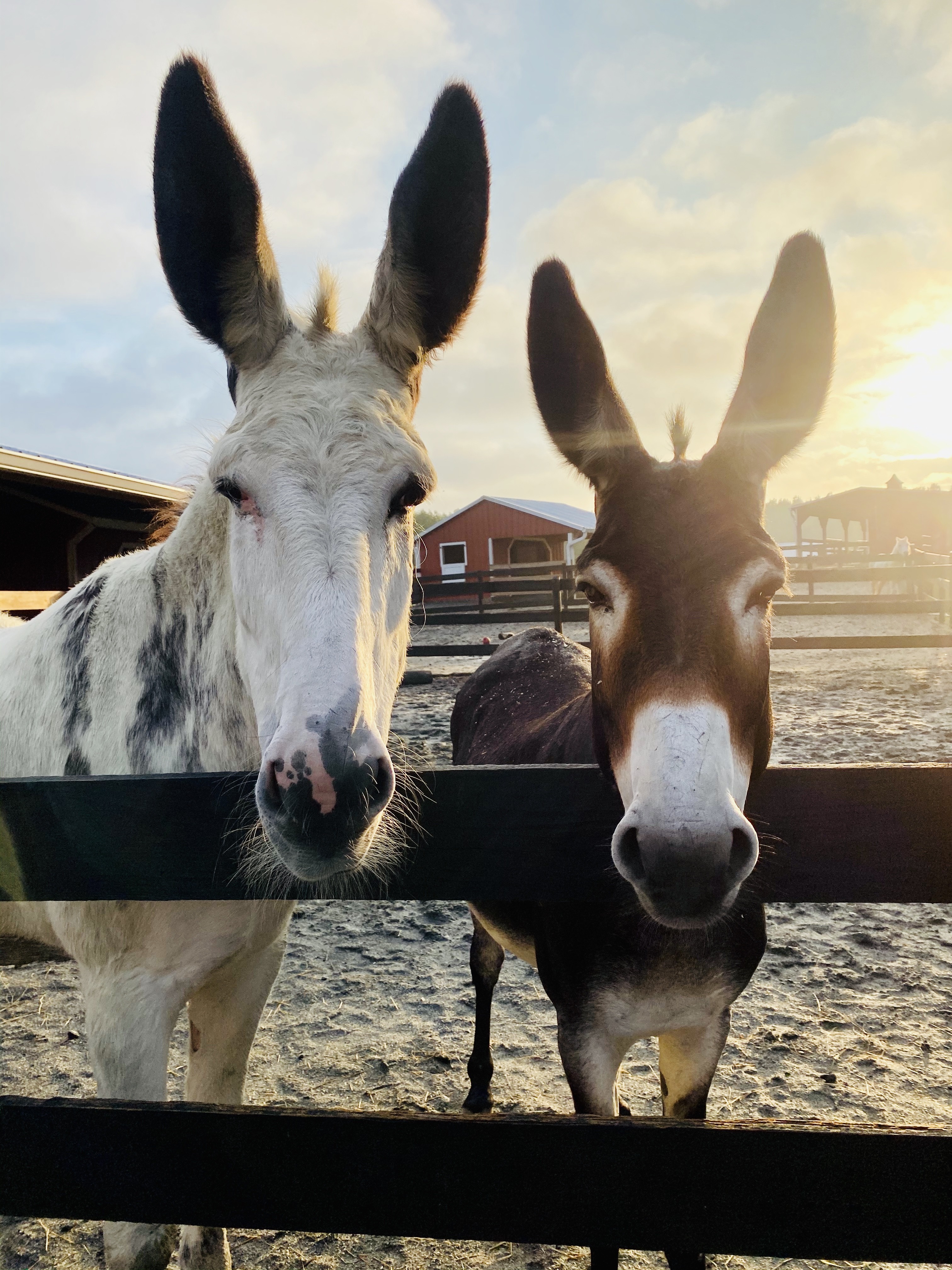 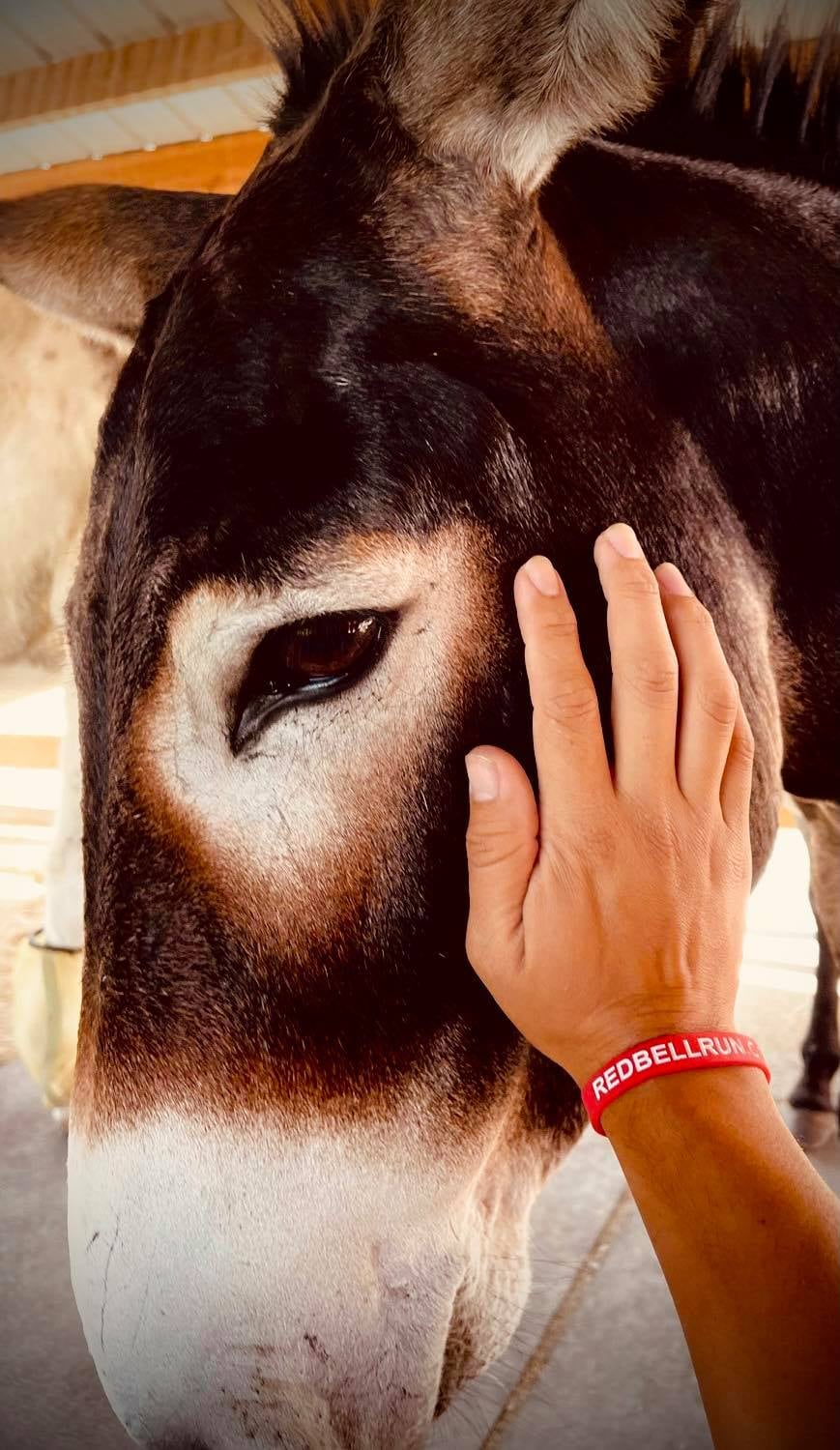