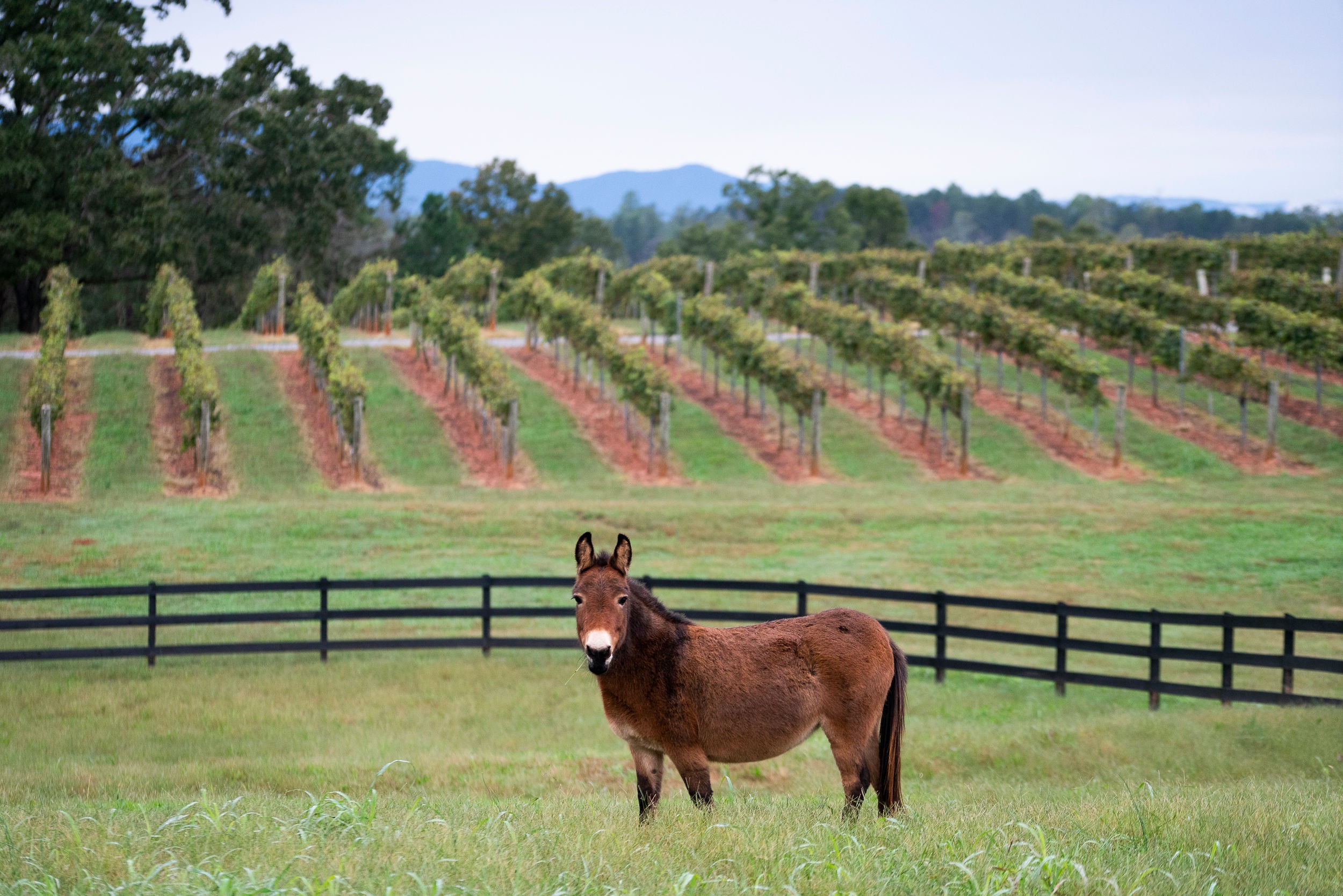 Blanche, named for her white nose, is the oldest member of our trio of “Golden Girls,” Blanche, Dorothy, and Rose. Saved at the last second from the meat truck, these three tiny mules have led everyone who has ever met them a merry dance!

When we got the call from a rescue in Texas that these three were simply too cute to meet a horrible fate, we stepped up and agreed to take them in if they could be saved. The three started out by causing a huge ruckus at the kill pen (we say, good for them!) by leaping out of a loaded trailer and escaping. they spied the open door of the rescue trailer and made a beeline for it, terrifying horses and people on the way. Legend has it that these three tiny mules scattered everyone in their path as they ran into the rescue trailer as if to say “Get us out of here!”

We quickly learned that Blanche was the leader of the bunch – where she went, Dorothy and Rose followed. We also learned that no one was going to get within twenty feet of them without Blanche heading for the hills, the other two in hot pursuit. Dorothy is the “security guard” of the trio and would place herself in position (hind end kicking apparatus aimed at whomever dared approach) to take on anyone with the misguided idea of catching them. Rose is the sweet one – just as her name implies.

We enquired if anyone had been able to ascertain their age? Check them for pneumonia? The answer was no – they were snappng turtles in mule suits. So – we waited. They sailed through quarantine untouched by human hand but were exposed to strangles the day before coming to Red Bell Run. Back into quarantine they went. They slowly gained weight and got stronger. Being tough as nails, no strangles dared infect them. Finally, our vet deemed them safe to come to the farm. Blanche in the lead, the three launched off the trailer like a series of small rockets and took off into the far reaches of their paddock. Many months later, having taught us all the true meaning of patience, we came to an accommodation about the necessities of vet and farrier care. Blanche and her pose now live happily at our Mini Woods barn with their friends. 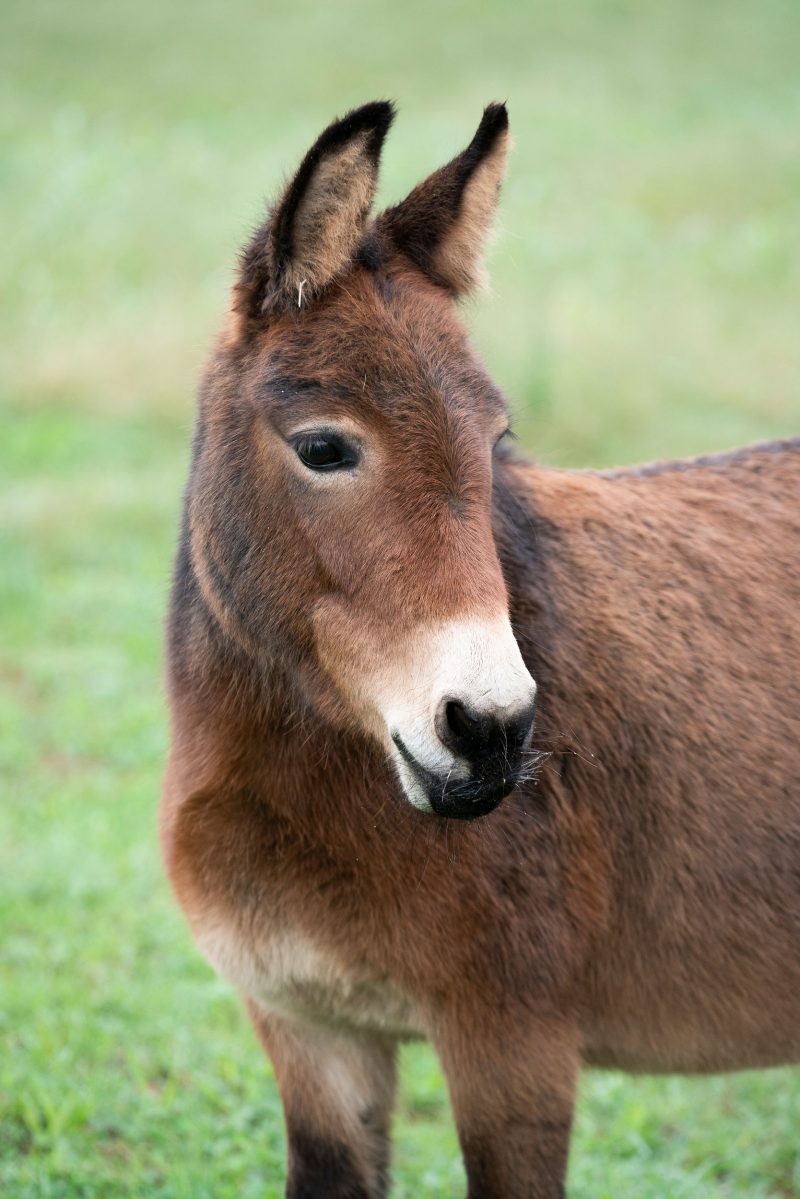 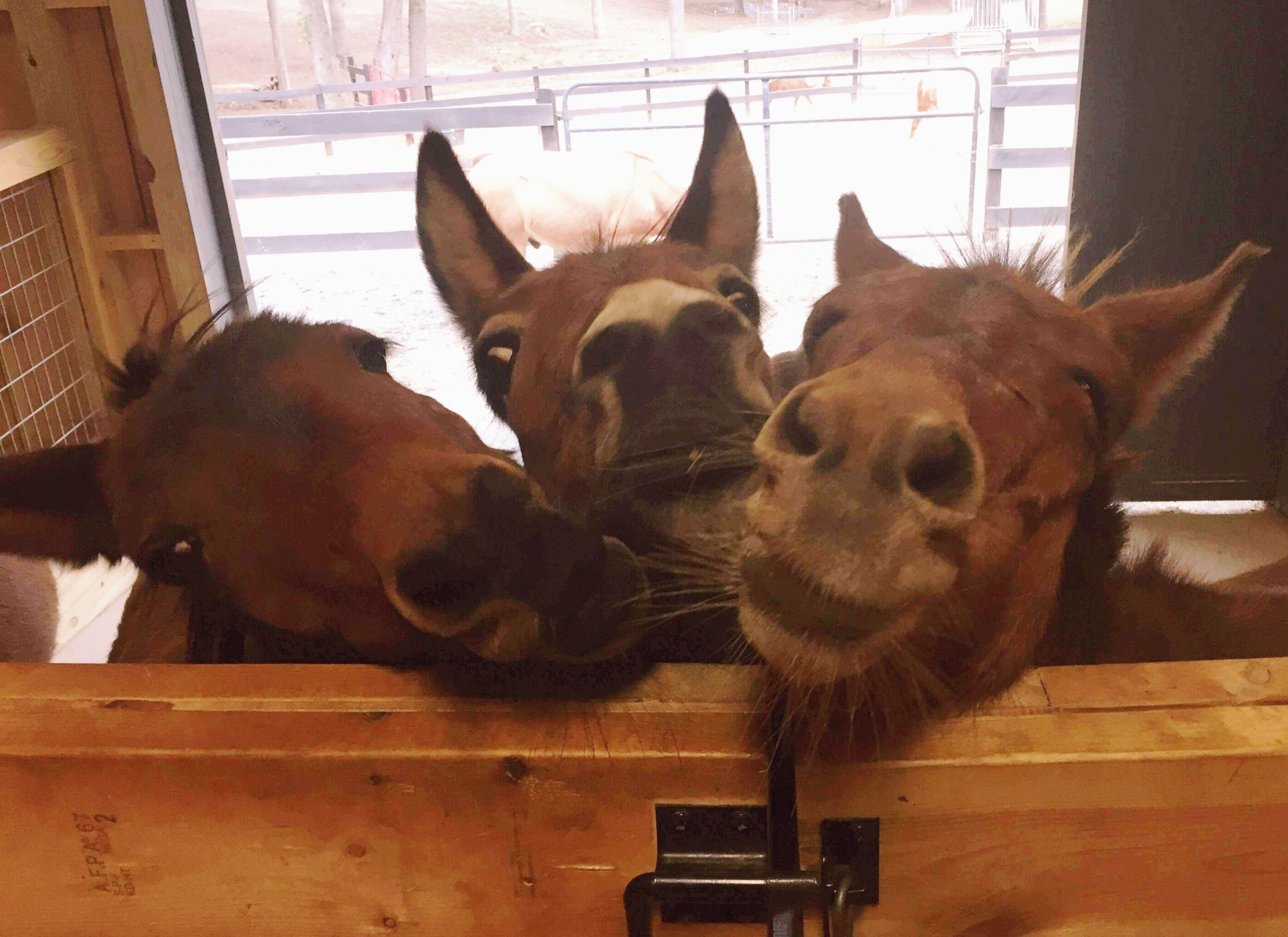 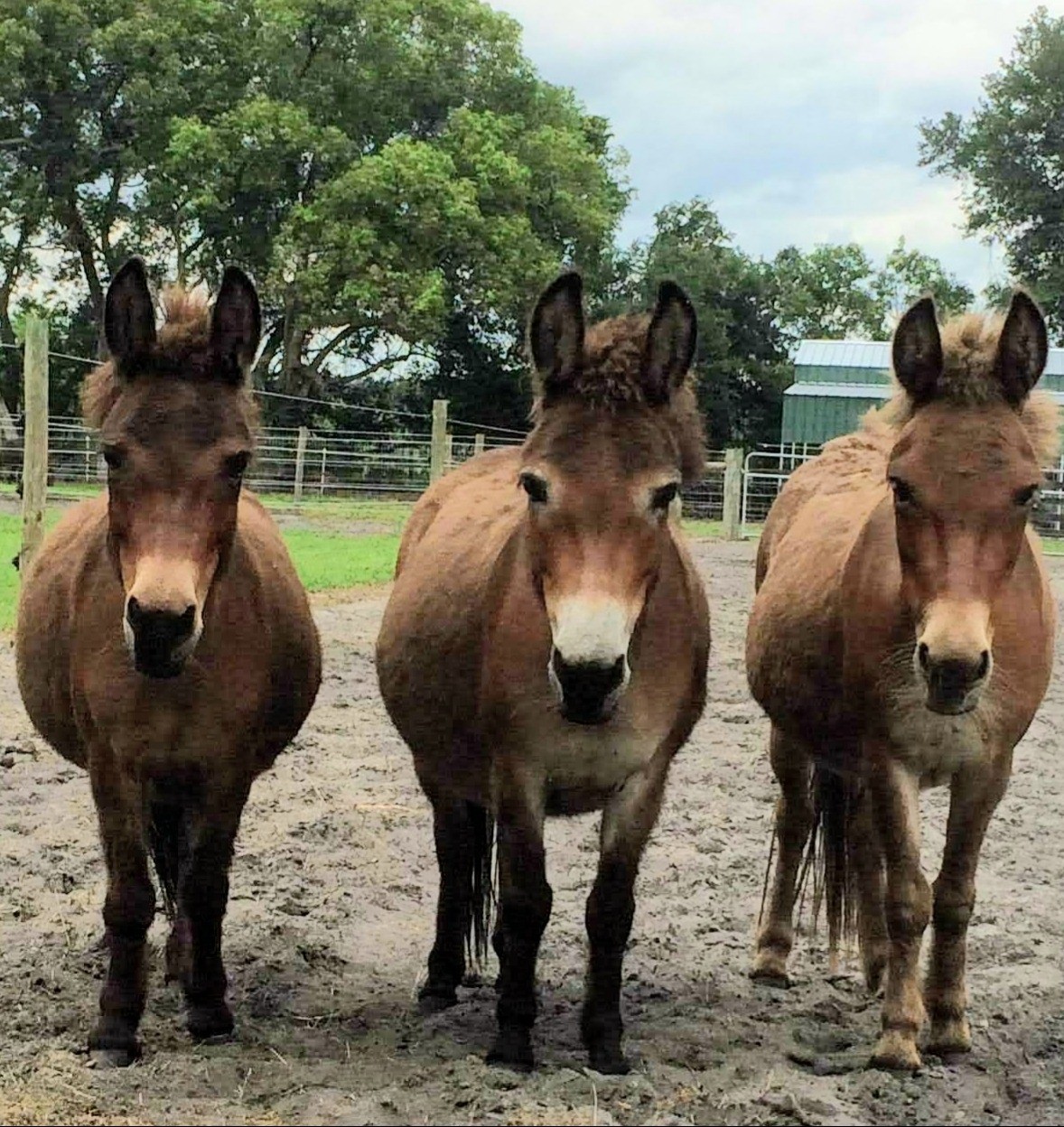 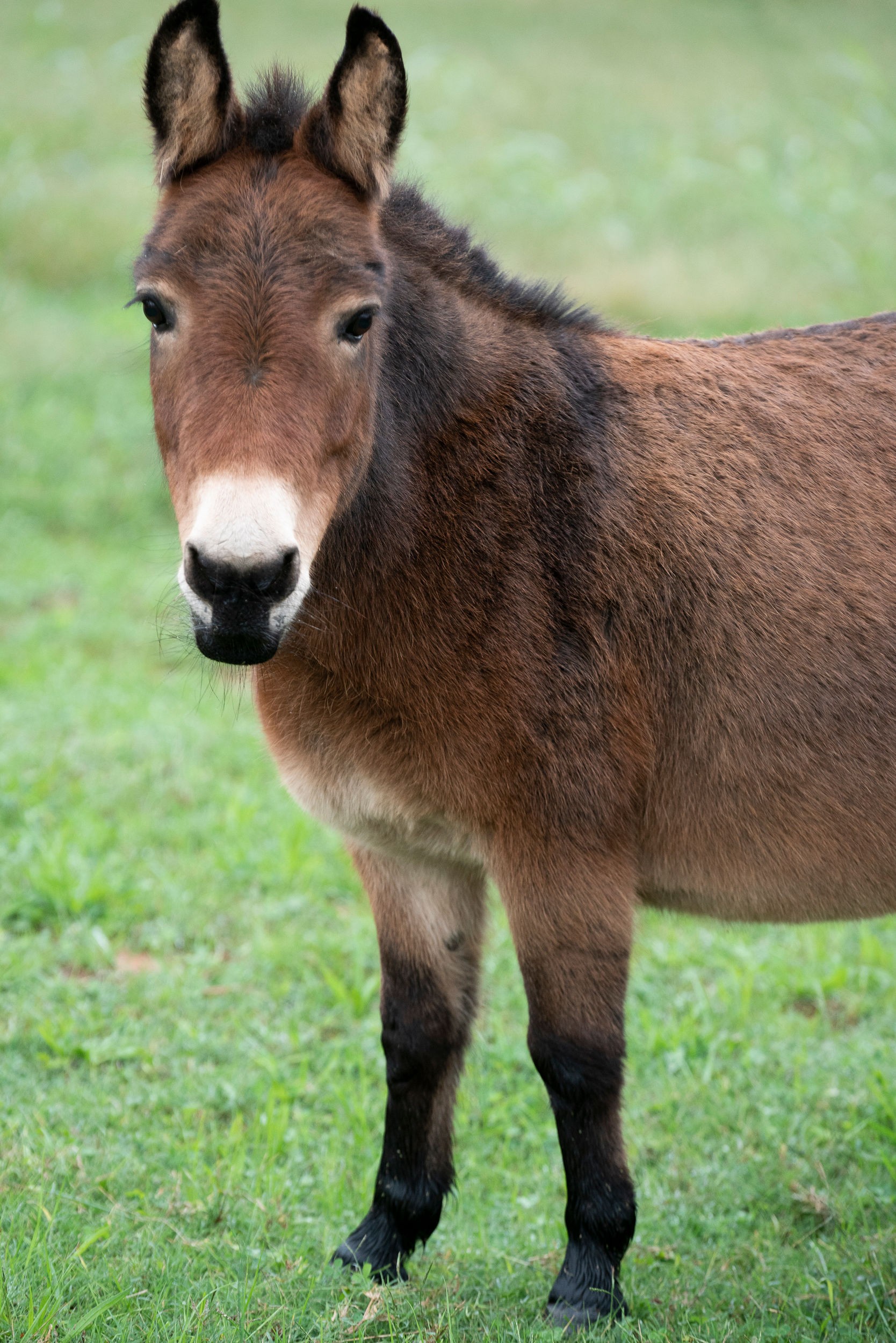