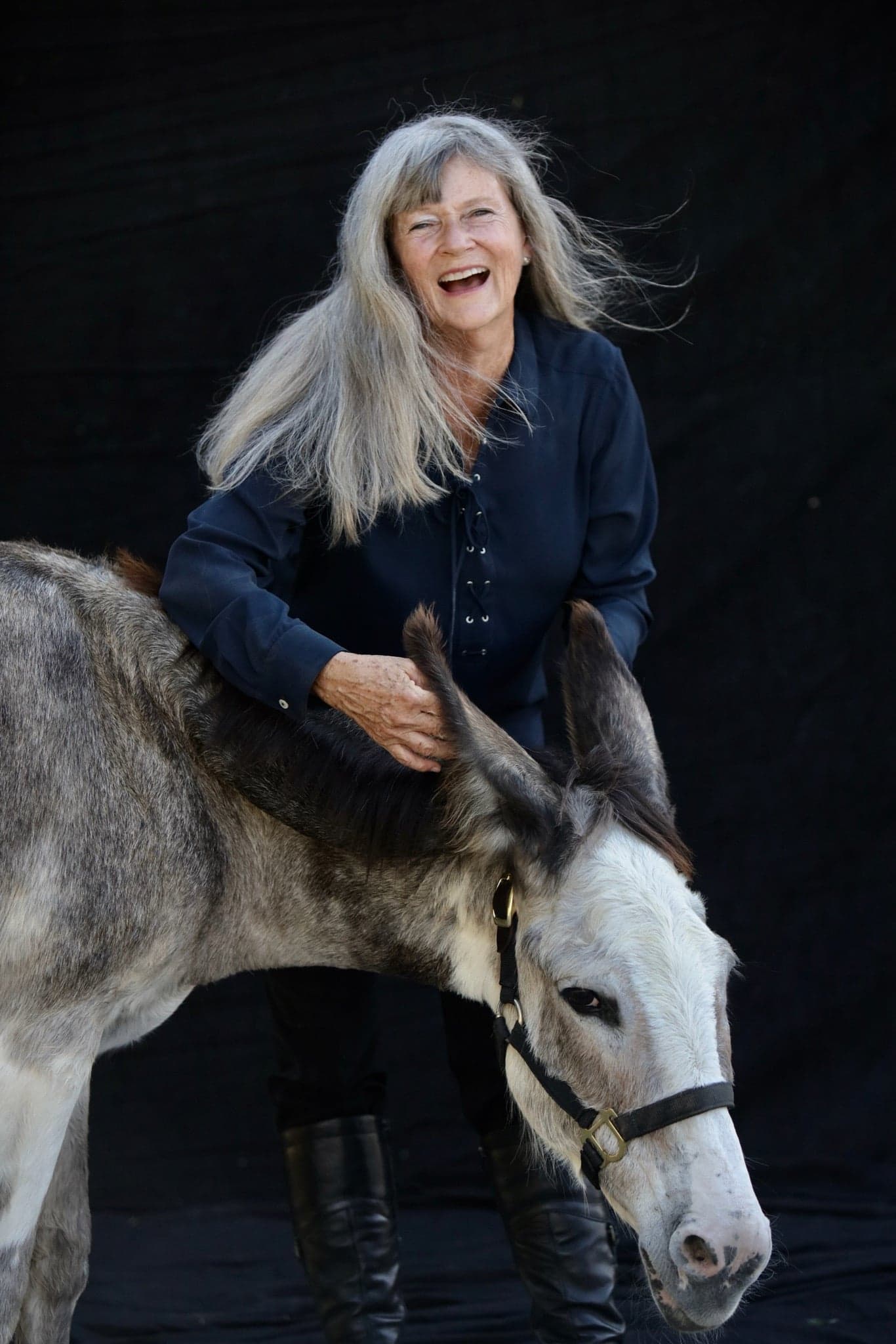 Mary was born into a family that was focused on philanthropic endeavors for humans, animals and conservation. She learned by example to not only have compassion for others but to make that central to what is now her life’s work. Western North Carolina beckoned after childhood memories of summers spent in Highland and Blowing Rock. Eventually, Mary purchased the current 200 acres of property in Columbus which included a 40-acre working vineyard. The plan was to complete the farm and move the equines she had under her wing in Florida to NC over two years. Hurricane Irma accelerated those plans and within three days her Florida team shipped the remaining 56 equines up ahead of the storm. The Sanctuary at Red Bell Run and Vineyard became home.

Just about all of the now over 100 animals, that live on the farm are compromised in some way. The sad part is that because of the ones we take, we will lose some from time to time. Until that time we treat every one of them like Secretariat. Individualized care is at the center of the philosophy of the Sanctuary. Rescued horses, minis, ponies, donkeys, mules, hinnies all live out their lives here.

Mary learned the finer points of rescue from Celine Myers, President of the Ark Watch Foundation in Los Altos, CA and founder of the Duchess Sanctuary for PMU mares and their babies. (Now operated by the Fund for Animals, the Sanctuary arm of the Humane Society of the United States.)